The climate crisis could displace 1.2 billion people by 2050, the report warns 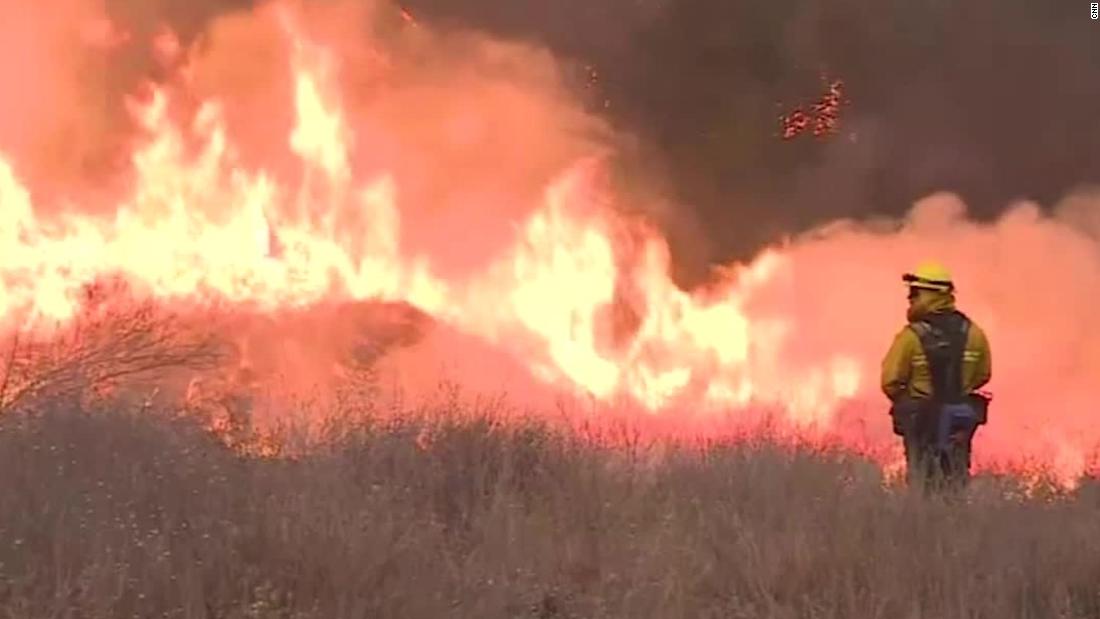 The Ecological Threat Register, conducted by the Sydney-based Institute for Economics and Peace (IEP), predicted that up to 1.2 billion people could be displaced worldwide by 2050. No country will be able to escape the impact of the climate crisis – but the poorest and most vulnerable populations in the world will be the hardest hit.

The report drew on data from international organizations such as the United Nations, the Internal Displacement Monitoring Center, the Food and Agriculture Organization, and the IEP’s previous research on countries’ resilience levels. Using these figures, the IEP then calculated the relative threats of population growth, water stress, food insecurity, drought, floods, cyclones, and rising sea temperatures and levels.

It found that more than a billion people lived in 31 countries that had low resilience, meaning they were not equipped to withstand the impact of ecological change in the coming decades.

The regions facing the greatest number of threats are sub-Saharan Africa, South Asia, the Middle East and North Africa, the report said.

“Not all of these people will be displaced, however a large number of them are likely to be,” the IEP said.

Countries with better resources in places like North America and Europe will be better able to handle the effects of these disasters, but will likely face huge flows of climate refugees, the report warns.

“This will have huge social and political impacts, not only in the developing world but also in the developed world, as mass displacement will lead to larger refugee flows to more developed countries,” said IEP founder Steve Killelea in a press release, adding that ecological change was “the next great global threat to our planet”.

Shortage of food and water

The world population is currently 7.8 billion. That number is projected to reach 10 billion by 2050, putting a strain on the world’s already extensive natural resources, the report said, citing data from the United Nations Department of Economic and Social Affairs.

Most of this population growth is expected to take place in countries with ongoing armed conflicts, such as those in sub-Saharan Africa, the report said.

Citing research from the global non-profit organization World Resource Institute, The report predicts that global food demand will increase by 50% by 2050 and 3.5 billion people could suffer from food insecurity.

Water scarcity can be an even bigger problem: there are already more than 2.6 billion people facing high or extreme water stress, which means they don’t have enough water for their needs or supply. water is at risk of disruption, the report said.

Climate change has caused interrupted rains, rising temperatures, and other ecological impacts that are already creating water crises: in 2019, Chennai, India’s sixth largest city, nearly ran out of water. The water had to be transported daily from other states, with people lining up for hours in the sun to fill the jugs with their daily ration of water.

By 2040, a total of 5.4 billion people – or more than half of the projected world population – will live in countries facing high or extreme water stress. India and China, the top two most populous countries in the world, will be among these countries, the report said.

It could also mean even greater violence and conflict, which not only destabilizes economies and governments, but drives mass migration. In the past decade alone, violent water-related accidents have increased by 270% worldwide, the IEP said, citing water solutions company WorldWater.

In recent years there has been a dramatic increase in natural disasters around the world, which experts have long felt as symptoms of a worsening climate crisis: wildfires in California, heatwaves across Europe, fears of a collapse of a dam in China is a record. hurricane in the southern United States.

Asia Pacific was the hardest hit region; 29% of all natural disasters in the past 30 years have occurred there, the study found. Europe has experienced the second largest number of natural disasters worldwide.

And these natural disasters hit hardest in the poorest countries; kill seven times more people in less developed nations than in highly developed ones, the report found, using socioeconomic indicators drawn from previous EIP research on ecological resilience. It is not because disasters in poorer countries occur more frequently or with greater severity, but because those nations are less able to handle the shock.

All these threats combined will create a migration crisis which can then cause spin-off effects such as greater political instability, global insecurity and greater hostility towards immigrants.

International cooperation and climate-related foreign aid will be essential to mitigate these effects and help developing countries build better resilience, the report said. This type of international aid has already increased 34 times from 2000 to 2018 as the full extent of the crisis became clear, but “they are still not far below what is needed to address these problems in the future,” the report warns. .