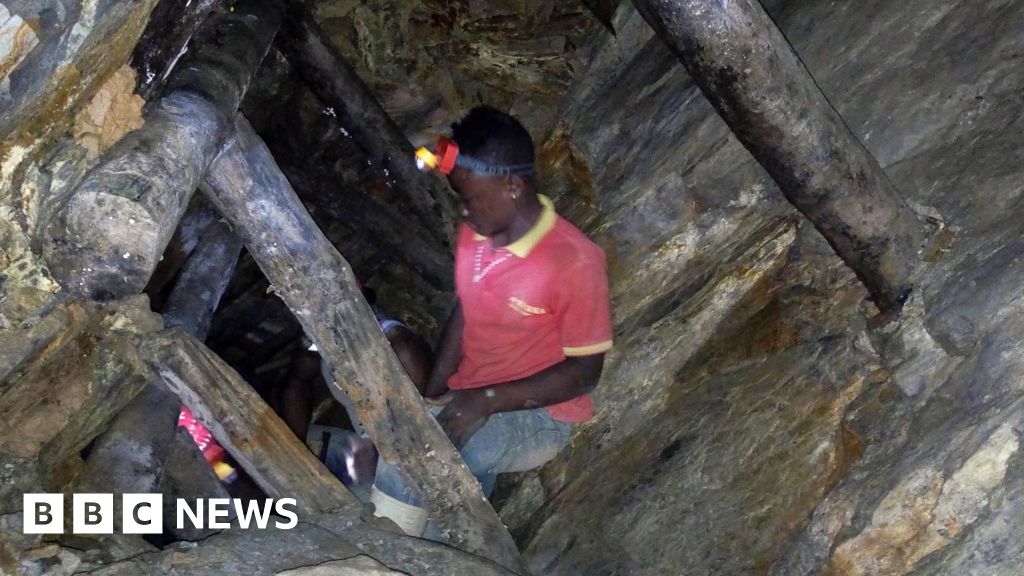 Rescuers are digging in the rubble after a gold mine collapsed in the Democratic Republic of the Congo, leaving around 50 people feared dead.

The mine near the city of Kamituga in the east of the country collapsed on Friday in torrential rain.

Local officials say most of those feared dead are young and have requested two days of mourning.

Accidents are common in the Democratic Republic of Congo mining industry, which has poor safety standards.

Video footage showed hundreds of people attempting to clear the rubble blocking the mine entrance, with some rescuers using shovels or hands to move the debris.

The local governor of South Kivu province, Theo Kasi, said he was saddened “by the tragic death of 50 people, most of them young”.

However, Kamituga mayor Alexandre Bundya said, “we are still not sure of the exact number” of those killed, AFP reports.

An eyewitness told AFP that heavy rain meant that “the water was entering the three tunnels. When people tried to get out, there was no way the water was running strong.”

Kasi’s office added that it would “implement measures to prevent such incidents from happening again”.

The Democratic Republic of the Congo has rich reserves of minerals such as cobalt, diamonds, copper and gold, but its population remains among the poorest in the world after years of conflict and mismanagement.