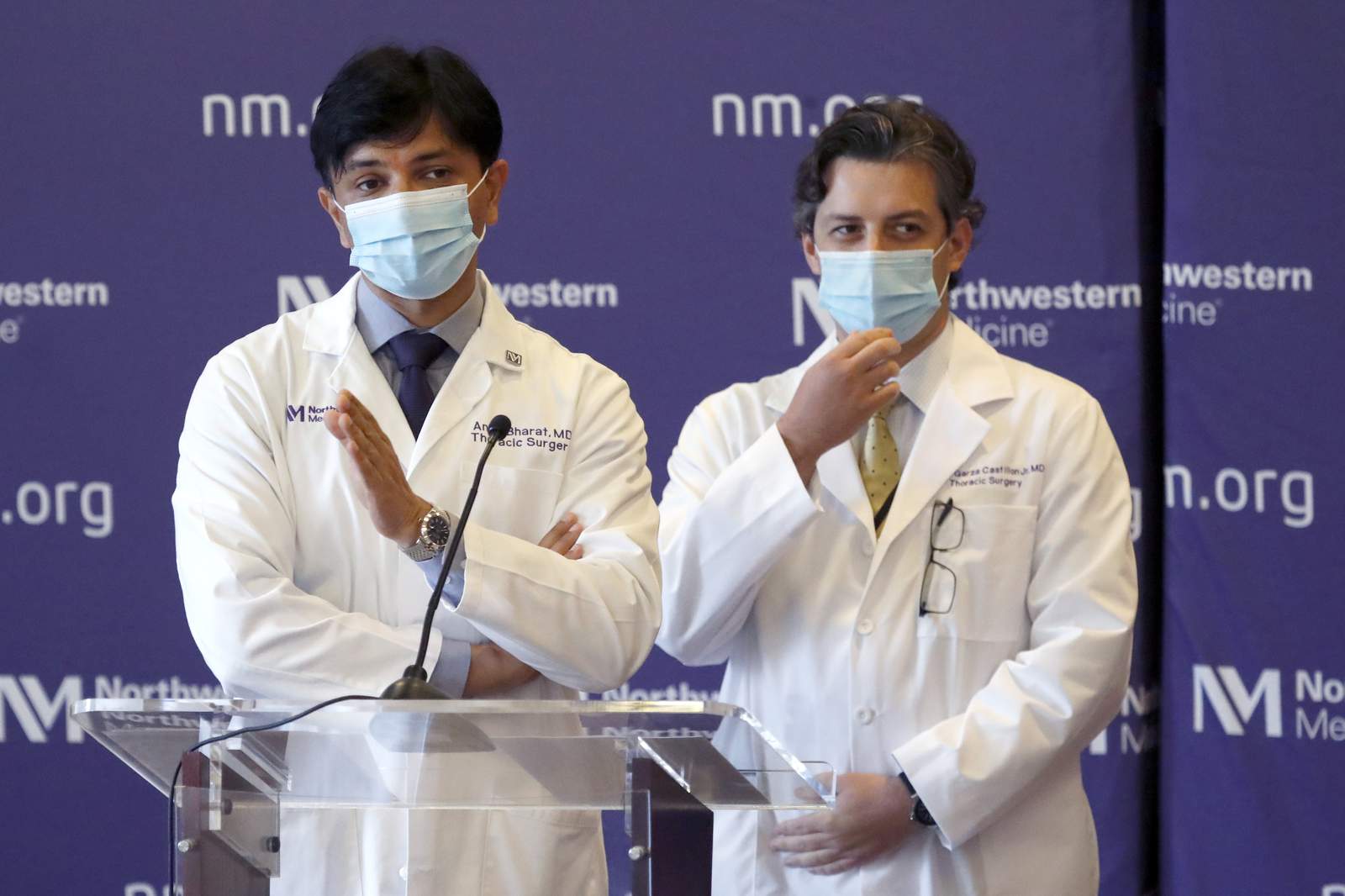 CHICAGO (AP) – A Chicago woman who became the nation’s first COVID-19 patient to undergo a double lung transplant last month said Thursday that she woke up days later, unaware of the surgery and unable to “recognize the my body”.

Mayra Ramirez said that before she got sick she was an independent and active person who moved from North Carolina to Chicago in 2014 to work as a paralegal. He said he had an autoimmune condition, but otherwise he was healthy. She had run three miles shortly before she fell ill and headed for the hospital.

; he said. “I was asked who would make my medical decisions for me. It was then that I told them that they would be my mother and older sister who all live in North Carolina. I only had a couple of minutes to contact them to let them know what was going on before I was intubated. “

Ramirez, 28, spoke to the media on Thursday with Brian Kuhns, 62, of Lake Zurich, Illinois, who followed her as the second coronavirus patient in the United States to undergo a double transplant.

“I looked at myself and failed to recognize my body,” he said. “I didn’t have the cognitive ability to process what was going on. All I knew was that I wanted water.”

Dr Ankit Bharat, head of thoracic surgery and surgical director of the Northwestern Medicine Lung Transplant Program, said Ramirez, who was on a ventilator, fought for his life for six weeks, with the virus completely destroying her lungs. . The doctors called Nohemi Romero, his mother in North Carolina, with updates.

Ramirez, who sat next to her mother during a hospital press conference, said her family made the trip to Chicago with the intention of saying goodbye.

“Fortunately, once my mother and my two sisters arrived, the medical team was able to stabilize me,” Ramirez said. “The lung transplant option was explained and my mother accepted. And then within 48 hours I received the 10-hour lung transplant.”

Bharat is calling Ramirez surgery a “milestone” in the treatment of patients with severe COVID-19.

“Lung transplantation is not for all patients with COVID-19, but offers some of the critically ill patients another option to survive,” said Bharat. “Mayra and Brian are living proof of this.”

Thoracic surgeon Dr. Rafael Garza Castillon said that Northwestern is considering performing the procedure on other patients who have eliminated the virus and have no other serious organ failure.

“We are all learning together and sharing best practices, and lung transplantation is now part of the COVID-19 treatment,” said Bharat.

Ramirez, who is now at home, said he is feeling much better, although he is still working on rebuilding his strength and endurance. He said he knows there is a family in mourning for the loved one.

“It wasn’t until weeks after I had the ability to, you know, think to myself that there is a family out there that is suffering for your loved one,” said Ramirez. “I have that person’s lungs and how lucky I was to have received it.”

Kuhns said he thought the virus was a hoax until he contracted it.

“This disease is not a joke,” he said. “It hit me like a lead beater on the head. I was perfectly healthy. This thing knocked me down hard. “

Copyright 2020 by KSAT – All rights reserved.

The US coronavirus response has been greeted with alarm overseas

Lessons from the 1918 Spanish Flu: When Mask Laws Triggered Protests in the United States

US Coronavirus: Five states account for more than 40% of the nearly 5 million Covid-19 cases in the country