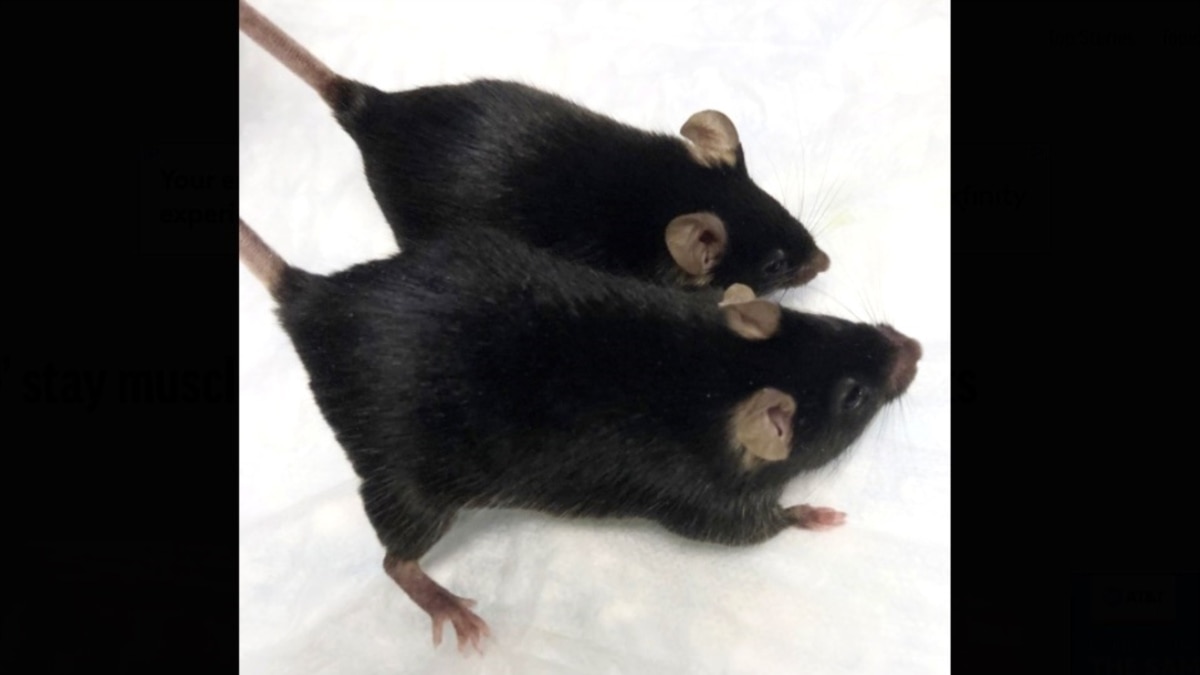 The treatment could one day prevent the loss of muscle and bone in astronauts over long periods in space. It could also be used to treat people suffering from muscle or bone loss on Earth.

Astronauts in space live in an environment of microgravity or zero gravity. This environment can cause muscle and bone to weaken and lose mass over time.

The US space agency NASA has developed specialized exercise programs for astronauts living on the International Space Station. The goal of the exercises is to limit the loss of muscle and bone.

But such programs risk being ineffective during a very long space missions planned by NASA for the future, such as extended stays on the Moon or Mars. The “Mighty Mice in Space”

; experiment was created to test a possible preventive treatment for muscle and bone loss during long space missions.

The project involved 40 female mice that were launched into space on a SpaceX rocket last December. The animals lived on the International Space Station for 33 days before returning to Earth in January.

Sixteen mice received the experimental treatment, which involved a method of genetic engineering. The researchers removed a gene responsible for the production of myostatin, a protein that controls and can limit the growth of muscle and bone.

Eight of these mice had at least twice the muscle mass of untreated mice before they were sent into space. The researchers said that during their time on the space station, these mice maintained their muscle mass. Their muscles looked very similar to the other powerful mice held on Earth at NASA’s Kennedy Space Center.

The 24 mice that did not receive the treatment lost a lot of muscle and bone mass in space, the researchers reported. Those mice lost between 8 and 18 percent of their weight in individual muscles compared to mice on Earth. They also lost up to 11% in bone mineral density, a measure of bone strength.

Eight of the mice received another compound from the astronauts on the space station. That compound was found to block a protein that restricts muscle and bone growth. Mice subjected to this treatment in space gained 27% slim body weight, compared with 18 percent in ground mice. The researchers found that the mice that received the compound, both in space and on the ground, also had an increase in bone mineral density.

Some of the untreated mice received the treatments after returning to earth. They quickly developed more muscle than untreated mice in the lab, the researchers reported.

The research was conducted by a team from the Jackson Laboratory, a non-profit biomedical research center based in Bar Harbor, Maine. The findings recently appeared in a study published in Proceedings of the National Academy of Sciences.

Dr. Se-Jin Lee of the Jackson Laboratory was the lead author of the study. He told the Associated Press that the experiment identified additional molecules and signaling pathways related to muscle and bone loss that may require further investigation. He said he would also like to send more “powerful mice” to the space station for further study.

Lee’s wife, Emily Germain-Lee of Connecticut Children’s Medical Center also took part in the study. While enthusiastic about the results, he told the AP that a lot more work is needed before the treatment can be tested in humans to build muscle and bone.

“We’re years away. But that’s the way things go when you go from mouse studies to human studies,” said Germain-Lee.

Bryan Lynn wrote this story for VOA Learning English, based on reports from the Jackson Laboratory, The Associated Press, NASA and Proceedings of the National Academy of Sciences. Mario Ritter was the publisher.

Start the quiz to find out