The Israeli “Silent Transfer” of Palestinians out of Palestine | Middle East 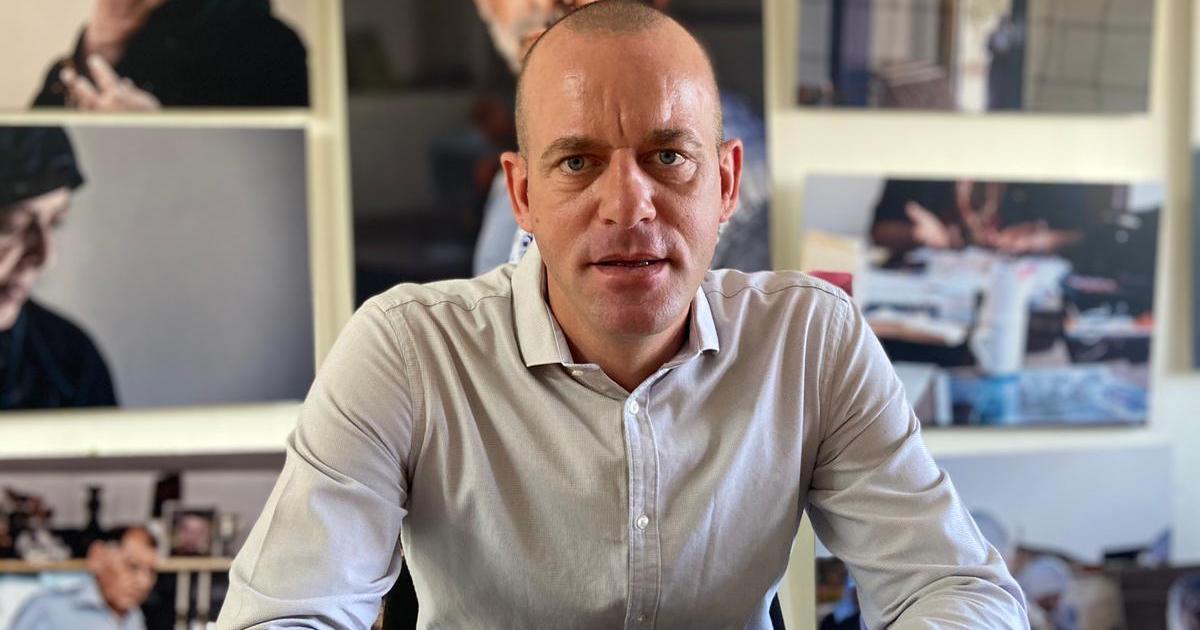 Occupied East Jerusalem – As more Arab countries normalize relations with Israel, it continues with a policy of “silent transfer” – an intricate system that targets Palestinians in occupied East Jerusalem with revocation, displacement through house demolitions, barriers in the ‘get building permits and high taxes.

Palestinian researcher Manosur Manasra notes that Israel launched this relocation policy against Palestinians in East Jerusalem almost immediately after the 1967 war and the subsequent occupation of the eastern part of the city.

The policy continues today with the aim of dominating East Jerusalem.

Land expropriation for Jewish settlements has taken place around East Jerusalem and in the heart of Palestinian neighborhoods such as the Muslim and Christian neighborhoods of the Old City and as well as Sheikh Jarrah, Silwan, Ras al-Amoud, and Abu Tur since 1

After the war of June 1967, Israel applied Israeli law to East Jerusalem and granted Palestinians “permanent resident” status. However, in fact, it is fragile. B’tselem, Israel’s center for information on human rights in the occupied Palestinian territories, describes this status as “granted to foreign nationals who wish to reside in Israel”, except that Palestinians are indigenous to the land.

Palestinians in East Jerusalem are not entitled to automatic Israeli citizenship nor are Palestinian passports issued by the Palestinian Authority (PA). They are usually able to obtain temporary Jordanian and Israeli travel documents.

By assigning a fragile residence status to Palestinians in East Jerusalem, Israel has managed to revoke and subsequently uproot more than 14,200 Palestinians from East Jerusalem since 1967. These measures coincide with an aggressive practice of house demolitions.

House demolitions in the West Bank have not stopped despite the coronavirus pandemic.

According to the United Nations, there was an almost quadruple increase in the number of displaced people from January to August 2020 and a 55% increase in structures subject to demolition or confiscation from the previous year.

In East Jerusalem, 24 structures were demolished last month, half of them by their owners following the issuance of demolition orders by the Jerusalem municipality.

The status of “permanent residence” is maintained as long as Palestinians maintain a physical presence in the city. However, in some cases, Israeli authorities move to withdraw Palestinian residency status in East Jerusalem as a measure of punishment for political dissidents. Israel’s pursuit of Palestinian activists is vast and does not exclude any faction.

The most recent case is that of 35-year-old Salah Hammouri, a lawyer and activist. Arye Deri, Israel’s interior minister, says Salah is a member of the Palestinian Front for the Liberation of Palestine (PFLP). Israel has outlawed the group and wants it out of the country.

In some cases, Israeli authorities cancel the residence permits of spouses of political activists as punishment. Shadi Mtoor, a Fatah member from East Jerusalem, is currently fighting a case in Israeli courts to keep his wife’s residence in East Jerusalem. She is originally from the West Bank.

In 2010, Israel revoked the Jerusalem residences of four senior Hamas members – three of whom were elected to the Palestinian parliament in 2006 and one who served as cabinet minister – because they pose a danger to the state. Three live in Ramallah now and one is in administrative detention. A hearing in the Israeli High Court is scheduled for October 26.

In some cases, Israel does not issue a residency document for a child whose father is from Jerusalem and a mother from the West Bank.

“Ultimately our decision is to stay in this city,” says Hammouri.

In early September, he was summoned by the Israeli police and informed of the Israeli interior minister’s intention to revoke his residence in Jerusalem.

“I was told that I pose a danger to the state and that I belong to the Popular Front for the Liberation of Palestine,” said Hammouri.

A French citizen, Hammouri was born in Jerusalem to a Palestinian father and a French mother. In 2017, the family was divided when Israel banned his wife, Elsa, also of French nationality and pregnant at the time, from entering the country. The reason was said to be based on a secret file that Israel had.

Hammouri expects Israel to expel him to France after his residency is formally revoked. The French government, in response, issued a statement asking Israel to allow Hammouri to continue residing in Jerusalem.

“Mr. Salah Hammouri must be able to lead a normal life in Jerusalem where he was born and where he resides,” he said.

The Israeli Foreign Ministry claims that Hammouri is a “high-level operative” of a terrorist organization and continues to engage in “hostile activities” against the state of Israel.

A solidarity campaign calling for Hammouri’s right to keep his residence in Jerusalem is now underway in France, and French diplomats in Jerusalem are currently negotiating with Israeli officials to get him to revoke his decision. He intends to appeal the case to withdraw his residence in court.

Hammouri spent more than eight years in Israeli prisons at various times. In 2011, following a seven-year prison sentence, he was released in a prisoner swap agreement between Hamas and Israel (known as the Shalit agreement).

Sahar Francis, director of the Prisoner Support and Human Rights Association known as Addameer, told Al Jazeera “the cancellation of residency is illegal under international law.”

The PFLP first opposed the 1993 Oslo Accords, but then came to accept the two-state solution. However, in 2010 he called on the PLO to end negotiations with Israel and said that only a one-state solution for Palestinians and Jews is possible.

“Israel will invest in recent local and regional normalization developments and the result will be the expulsion of West Bank residents and the reformulation of the 1948 Palestinian position,” he adds.

Abu Arafeh served as Jerusalem’s affairs minister between March 2006 and March 2007 in the government of Ismail Haniyeh, formed after Hamas won a majority of seats in the 2006 parliamentary elections.

Two months after the formation of the Palestinian government, Israeli police notified three members of the Palestinian Legislative Council (PLC) and government minister Abu Arafeh, all of Jerusalem, that they had 30 days to leave their post or their status as a residence would be revoked.

The Israeli police threat was denied and the four went to court to challenge the Interior Ministry’s ultimatum.

On June 29, 2006, Israeli police conducted a broad campaign of arrests that targeted 45 newly elected PLC members and 10 cabinet ministers. Jerusalem PLC members Muhammad Abu Teir, Muhammad Totah, Ahmad Atoun and Abu Arafeh were among those arrested. Israel accused them of belonging to the “reform and change” list, which was affiliated with the Islamic movement Hamas.

Abu Arafeh was sentenced to 27 months in prison and was released in September 2008. Abu Teir and Totah were sentenced to longer sentences and were not released until May 2010.

On June 1, 2010, the Israeli police summoned the men again. This time they were ordered to hand over their Jerusalem identity papers and given a month to leave Israel.

Just as the period was running out, Israeli police arrested Abu Teir.

Abu Arafeh, Atoun and Totah, sensing an impending arrest, took refuge in the building of the International Committee of the Red Cross (ICRC) in Sheikh Jarrah in East Jerusalem. Their stay lasted 19 months; live in a tent inside the premises. Israeli police finally stormed the building and arrested the three men.

They were accused of belonging to a “terrorist group” and of holding high ranks in the Hamas movement, as well as inciting against the state of Israel. They were sentenced to two years in prison. After their release, they resided in Ramallah.

“Away from al-Quds, I feel estranged, very estranged,” Abu Arafeh complained about his situation.

Abu Arafeh’s family continues to reside in East Jerusalem. “I live in Ramallah and they live in al-Quds,” Abu Arafeh told Al Jazeera. “They visit every weekend and then come home.”

Atoun is currently in administrative detention, his fourth since 2014.

In 2018, the Israeli High Court ruled that the Interior Ministry’s decision to withdraw residency status was illegal as there were no supporting laws. However, he gave the interior ministry six months to go to the Knesset to enact a law. The Knesset has passed a law that allows for the revocation of residency for individuals deemed not loyal to the state of Israel.

The four Palestinians to date have no identity documents that allow them to pass through Israeli checkpoints within the West Bank. The only document they were able to obtain was the Palestinian Authority driver’s license, but only after the approval of the Israeli army.

Because they have no identity documents, they rarely venture outside Ramallah for fear of being stopped and arrested at an Israeli checkpoint.

The four appealed to the High Court ruling and asked Israel to provide them with an alternative residence to allow them to legally live in the West Bank. A court hearing is scheduled for October 26, but Abu Arafeh does not expect a sentence.

“We don’t expect a decision; the occupation authorities are using the time against us, ”he said.

A Palestinian woman who asked to be identified as JA, 24, was born in the West Bank city of Bethlehem. Her father is from East Jerusalem and holds a Jerusalem ID. But his mother is from Bethlehem and has an identity card issued by the Palestinian Authority.

The Israeli interior ministry has rejected all requests for an identity card to be issued to JA because she was born in the West Bank. Also, the PA did not provide an ID card because his father has a Jerusalem card.

So it currently has no documents. This situation has caused JA endless problems with registering in schools, seeking employment, opening bank accounts and other normal necessities. He never traveled.

JA is now suing the Israeli Interior Ministry in an attempt to obtain legal residency.