The lake in Turkey can give answers on life on Mars 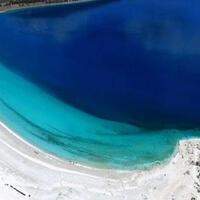 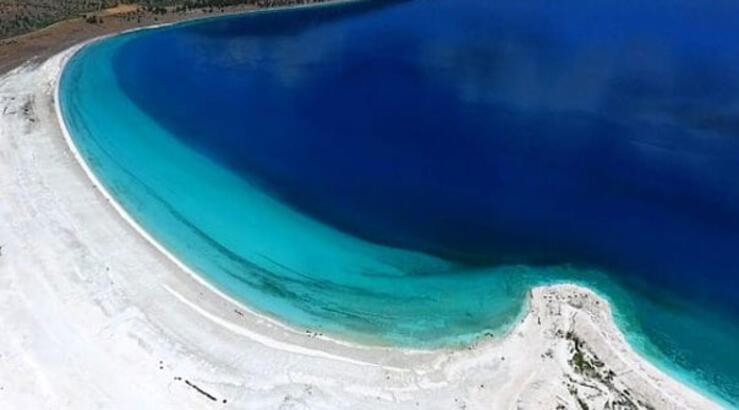 The similarities between a lake in southwestern Turkey and the Jezero crater on Mars have captured the interest of the U.S. National Aeronautics and Space Administration (NASA) in its research into possible life on the Red Planet, according to a scientist.

The mineral composition between the Martian crater and Lake Salda in the province of Burdur, Turkey, has been established with morphology and remote sensing, Candan Gökçeoğlu, professor of geological engineering at the University of Hacettepe in the Turkish capital Ankara, told Anadolu Agency .

7;s Perseverance rover in February, when a mission to last for a year on Mars, the equivalent of 687 Earth days, begins. The depression is thought to have hosted a large lake – and perhaps microbial life – according to the space agency.

Gökçeoğlu, who is also a member of Turkey’s environmental and natural resources science council, recalled a recent NASA Twitter post on Friday, in which he stressed the similarities between Jezero and Salda.

“Although located a world away, Lake Salda, #Turchia, has geological similarities to the Jezero crater on #Mars. Indeed, researchers even worked on the field on Lake Salda to prepare for #CountdownToMars,” he said. said, juxtaposing the top view images of Jezero and Salda.

“You may not be able to travel to the Jezero crater on Mars, but you can visit the next best thing: Lake Salda in Turkey,” said NASA’s Earth Observatory.

“Even if it’s a world away, Lake Salda shares a mineralogy and geology similar to that of the dry Martian seabed.”

Gökçeoğlu explained that scientists have found similarities between a type of sediment found in Salda that is made up of algae – microorganisms essential for creating atmospheric conditions suitable for the formation of life – and minerals found in Jezero.

NASA is now trying to figure out if Mars is now similar to Earth as 3.5 billion years ago, he said.

“So the samples that the spacecraft will bring to Earth regarding the real activity of primitive life forms will provide a full understanding of this,” he said.

Stressing that Lake Salda is unique both visually and scientifically, Gökçeoğlu stressed that it must also be preserved for its scientific value.

He noted that Salda is under the highest conservation regime as a “Special Environmental Protection Area”.

“We shouldn’t just leave the protection business to the state, we as individuals should do our part.”

Salda could become more popular in the world in mid-2022, he said, after research by NASA’s Perseverance rover.

“If it is truly mineralogically similar, then humans will be able to say,” Now, Mars is 3.5 billion years younger than Earth, it is about to become a planet like Earth. “”

He said research on the champions of Mars and Salda would be “the most important proof of this.”

Also known as the Turkish Maldives, the lake in the central province of Burdur in Turkey has been a popular destination for tourists in recent years with its white beach and clear waters.

The heavy atom pours its bowels into decades-long experiments