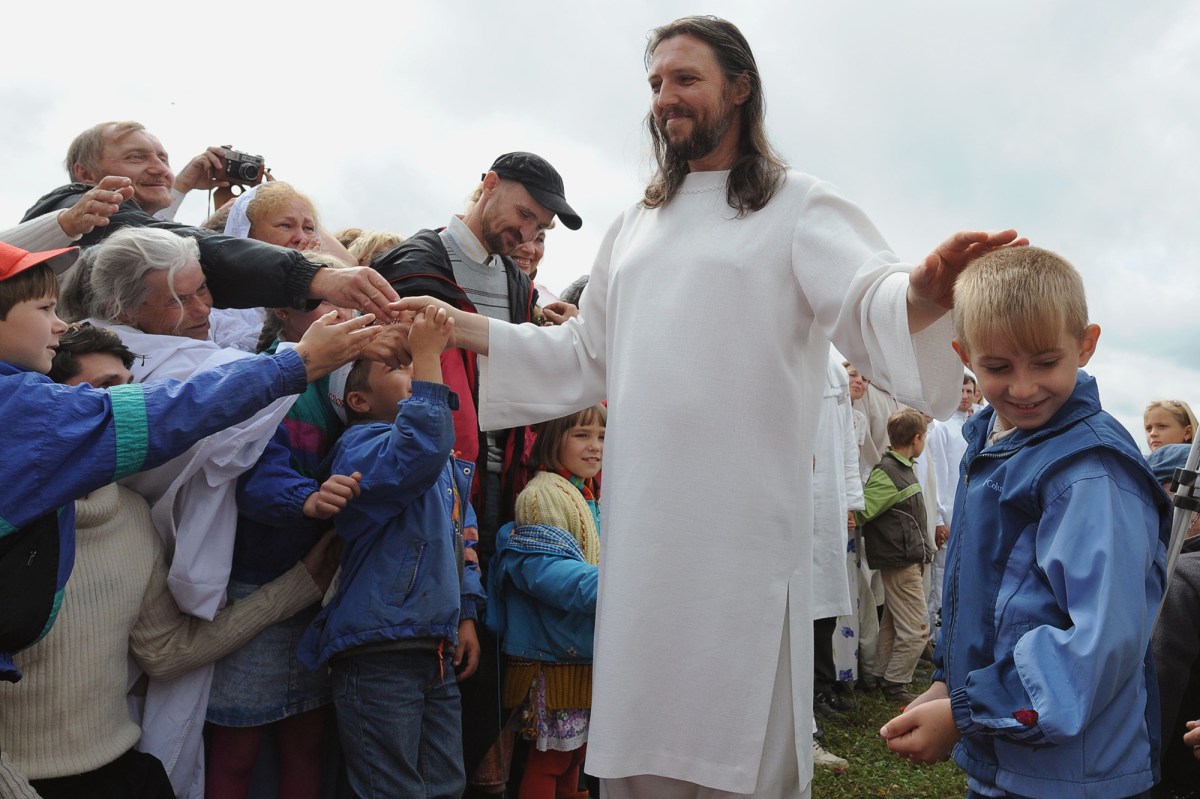 A sect leader who claims to be the reincarnation of Jesus was reportedly arrested in Russia.

Sergei Torop, 59, will face charges of organizing an illegal religion and extorting money from members of his sect, which he allegedly emotionally abused, The Guardian reported Tuesday.

Russian federal security forces conducted a special operation involving helicopters and armed officers to storm the cult in Siberia and arrest Torop, a former traffic policeman known to his thousands of followers as Vissarion, and two of his aides.

The country’s investigation committee accused Torop, who sports long hair and a beard, of “using followers’ money and psychological violence to inflict harm,”

After losing his post as a traffic officer in 1989, Torop said he experienced a “revival” that inspired him to launch a movement called the Church of the Last Testament, which merges Christianity with environmentalism and other values. , according to The Guardian.

“I am not God. And it is a mistake to see Jesus as God. But I am the living word of God the Father. Whatever God wants to say, He says it through me, “he told The Guardian in 2002.

The cult has about 20 settlements deep in the southern Siberian desert, where about 4,000 followers – or “Vissarionites” – live, according to the Moscow Times.

It is not immediately clear what prompted the authorities to move to Torop. The Russian Orthodox Church has criticized the cult in the past, although the organization has remained largely indifferent, according to The Guardian.

A Chinese family of nine dies after eating toxic noodles