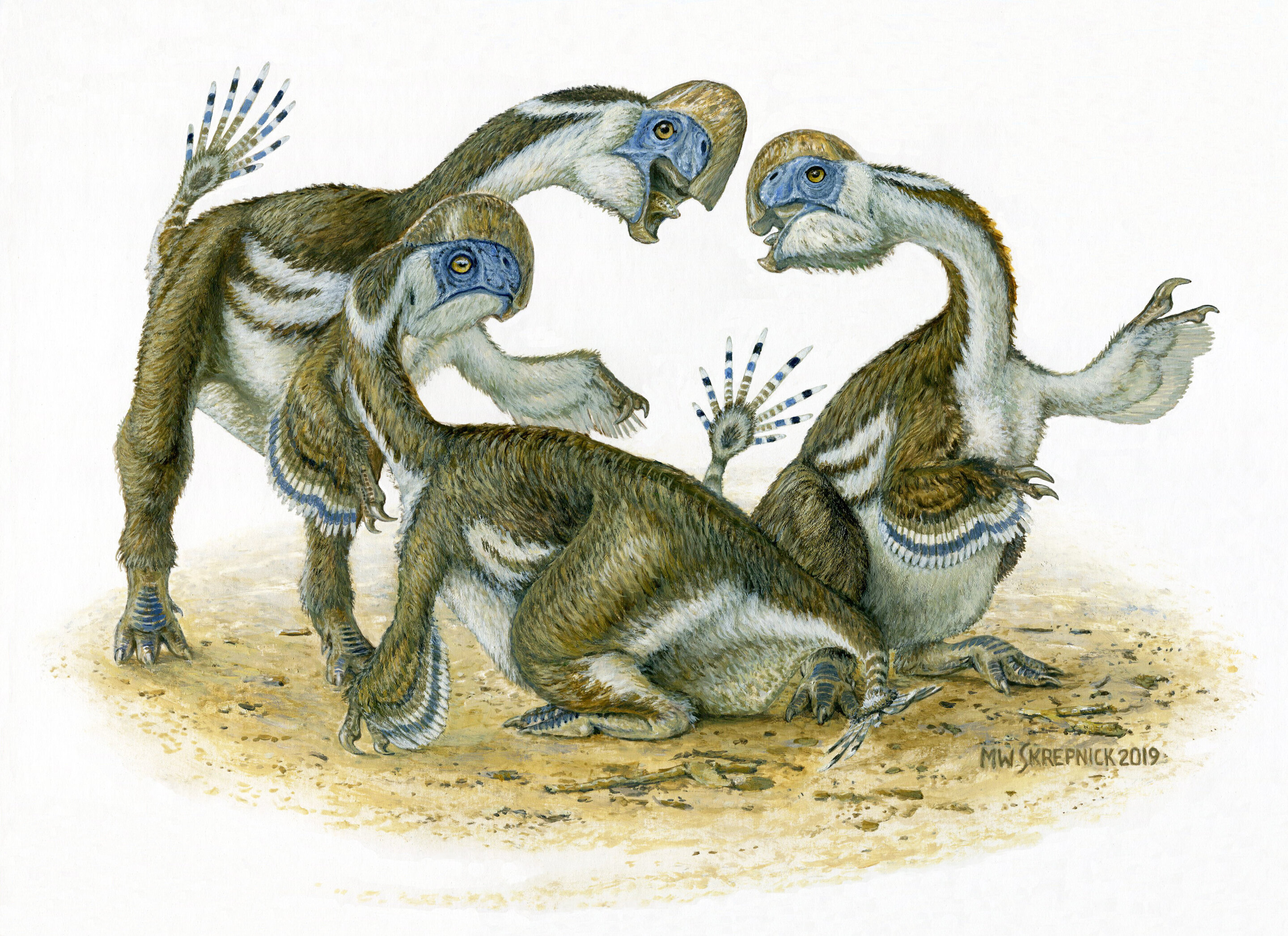 A recently discovered toothless two-toed dinosaur species shed light on how a group of parrot-like animals thrived more than 68 million years ago.

The unusual species had one fewer toes on each forearm than its close relatives, suggesting an adaptability that allowed the animals to spread during the late Cretaceous, the researchers say.

7;s Gobi Desert by a team led by the University of Edinburgh.

Called Oksoko avarsan, the feathered, omnivorous creatures grew to about two meters in length and had only two functional digits on each forearm. The animals had a large toothless beak similar to the type seen in parrot species today.

The remarkably well-preserved fossils have provided the first evidence of the loss of figures in the three-toed dinosaur family known as oviraptor.

The finding that forelimb adaptations could evolve suggests the group could alter their diet and lifestyle and allow them to diversify and multiply, the team says.

Researchers studied the reduction in size and the eventual loss of a third toe in the evolutionary history of oviraptors. The group’s arms and hands changed dramatically in tandem with migrations to new geographic areas, particularly to what is now North America and the Gobi Desert.

The team also found that Oksoko avarsan, like many other prehistoric species, was sociable when young. The fossil remains of four young dinosaurs have been preserved as they rest together.

The study, published in the journal Royal Society Open Science, was funded by the Royal Society and the Natural Sciences and Engineering Council of Canada. It also involved researchers from the University of Alberta and the Philip J. Currie Museum of Dinosaurs in Canada, the University of Hokkaido in Japan and the Mongolian Academy of Sciences.

Dr Gregory Funston, of the University of Edinburgh’s School of GeoSciences, who led the study, said: “Oksoko avarsan is interesting because the skeletons are very complete and the way they have been stored at rest together shows that the young they wandered together in groups. But more importantly, his two-fingered hand prompted us to look at how the hand and forelimb changed during the evolution of oviraptors, which had not been studied before. some unexpected trends that are a key piece in the puzzle of why oviraptors were so different before the extinction that killed the dinosaurs. ”

Supplied by
University of Edinburgh