The Metropolitan Opera will not reopen for another year 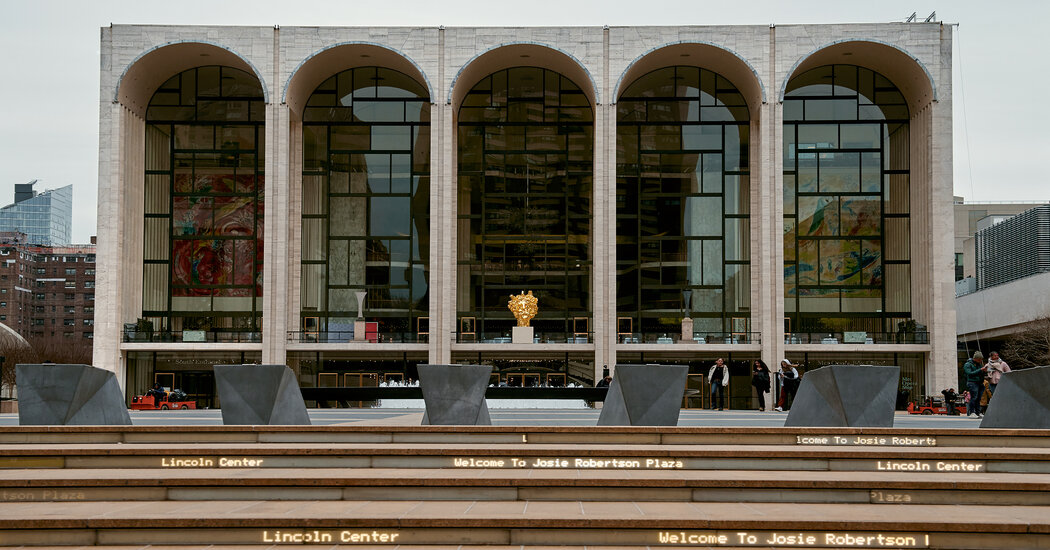 The Met, whose budget of roughly $ 300 million in a regular season makes it the largest performing arts organization in the nation, is taking a series of steps to try to ensure its survival and adapt to a changed world. It is advertising its entire 2021-22 season months ahead of schedule, in part in the hope that people who bought canceled show tickets – roughly $ 20 million tickets have already been sold – could be persuaded to trade them for operas. just announced.

7;s “Eurydice” and Brett Dean’s “Hamlet”.) The Met will stage the five originals – current French language version of Verdi’s “Don Carlos” for the first time, in a new production by David McVicar to be conducted by the company’s musical director, Yannick Nézet-Séguin.

There will also be new productions of Verdi’s “Rigoletto”, directed by Bartlett Sher, and Donizetti’s “Lucia di Lammermoor”, directed by Simon Stone, whose staging of “Yerma” at the Park Avenue Armory caused a sensation in the 2018. A veteran soprano, Nina Stemme, will perform in Strauss’s “Elektra” alongside a rising, Lise Davidsen, who also appears in that composer’s “Ariadne auf Naxos” and Wagner’s “Die Meistersinger von Nürnberg”. “Die Meistersinger” will be directed by Antonio Pappano, musical director of the Royal Opera of London, who returns to the Met for the first time in decades. And Susanna Malkki will lead Stravinsky’s “The Rake’s Progress”; she is one of five female directors on the program, the most in a season in the history of the Met.

Mr. Gelb said that even when the Met reopens, audiences will likely be slow to return – with a presence perhaps half of what it was in pre-pandemic times. Then the company will add more at the beginning of 7pm. curtain, which people have requested in the polls. He will reduce some works, presenting Mussorgsky’s “Boris Godunov” in a two and a half hour version without interruptions; cut Handel’s “Rodelinda”; and removing the second interval from Puccini’s “Madama Butterfly”. He will expand his offering for families by presenting a new 90-minute English language “Cinderella” – an adaptation of Massenet’s “Cendrillon” – as well as his popular shortened “Magic Flute”.

And the Met will work to increase the diversity of its offerings. While “Fire Shut Up in My Bones” was originally planned for a later season, Mr. Gelb has decided that with the demands for racial justice resonating in the nation and the music world, it should have a place of honor next year: the opening night of The Met’s Return Season. The company is also adding three black composers – Valerie Coleman, Jessie Montgomery and Joel Thompson – to the commission program it runs with the Lincoln Center Theater.

“We are trying to send a signal that the Met wants to respect the times we live in with our heads held high,” Gelb said. “In light of all the calls for greater social justice and diversity, we think it is appropriate, after a year of absence, to return in a way that demonstrates the social responsibility of the Met.”

The Masked Singer Recap Season 4, Episode 5: Unmasking Shocks No One