The moon is rusting and the earth could be the culprit 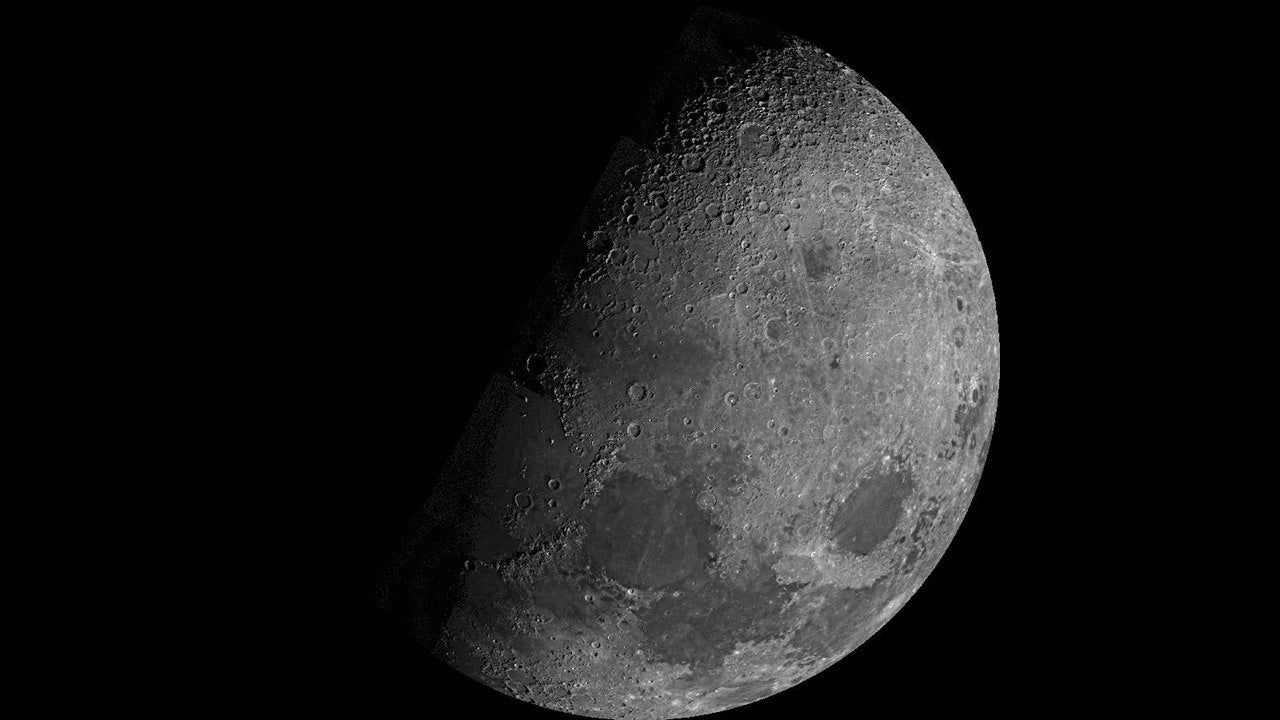 A new study published in Science Advances by lead author Shuai Li found that hematite – a form of rust – was discovered on the Moon. Rust is made up of iron, oxygen and water – the latter two ingredients are something. that the Moon is. not known, which puzzled scientists. Li, of the University of Hawaii, examined data from the Indian Space Research Organization’s Chandrayaan-1 orbiter, which originally found water ice on the Moon’s poles in 2008 and continued to map mineralogy to the moon, according to I study. As NASA explained, a planet like Mars is known for its iron-rust surface, due to its ancient past with water and oxygen – which scientifically makes sense and also causes the red color on Mars.

After carefully examining the data, Li discovered the mineral, hematite, on the Moon̵

7;s poles, being more abundant on the side near Earth than on the opposite side.

Hematite is a primary iron mineral: in its pure state hematite is composed of 70% iron and 30% oxygen. To produce rust, iron must be exposed to both oxygen and water.

“It’s very disconcerting,” Li said. “The Moon is a terrible environment in which hematite is formed.”

Li asked scientists at NASA’s Jet Propulsion Laboratory, Abigail Fraeman and Vivian Sun, to help with the confirmation of his hematite discovery.

“At first, I didn’t totally believe it, Fraeman said.” It shouldn’t exist based on conditions on the moon, but since we discovered water on the moon, people have speculated that there may be a greater variety of minerals than we realize if that water reacted with the rocks. “

Then comes the question of water. But the team of scientists thinks it’s the result of dust particles hitting the Moon’s surface, releasing water molecules, which then mix with the iron at the soil’s surface. NASA explained that heat could also increase the oxidation rate. On the flip side, hydrogen, which acts as a rust inhibitor and could be carried through the solar wind, could pose a potential problem.

However, when the Moon is “protected from the solar wind and oxygen is present” during certain periods of the moon phase, that is when a chemical rust reaction could occur.

More data needs to be gathered to accurately conclude how interactions are occurring, and especially to answer the question of how hematite is forming on the dark side of the moon, where Earth’s oxygen would not reach.“I think these results indicate that more complex chemical processes are taking place in our solar system than previously recognized,” Sun said. “We can understand them better by sending future missions to the Moon to test these hypotheses.”

For more scientific information, see images of the discovered galaxy that looks like Darth Vader’s TIE Fighter, read about the mysterious jet pack man seen near Los Angeles, and learn more about the existence of aliens.

Jessie Wade is IGN’s home editor and the science girl who loves the moon. Chat with her on Twitter @jessieannwade.