The Prime Minister’s father, Stanley Johnson, photographed in the shop without face cover 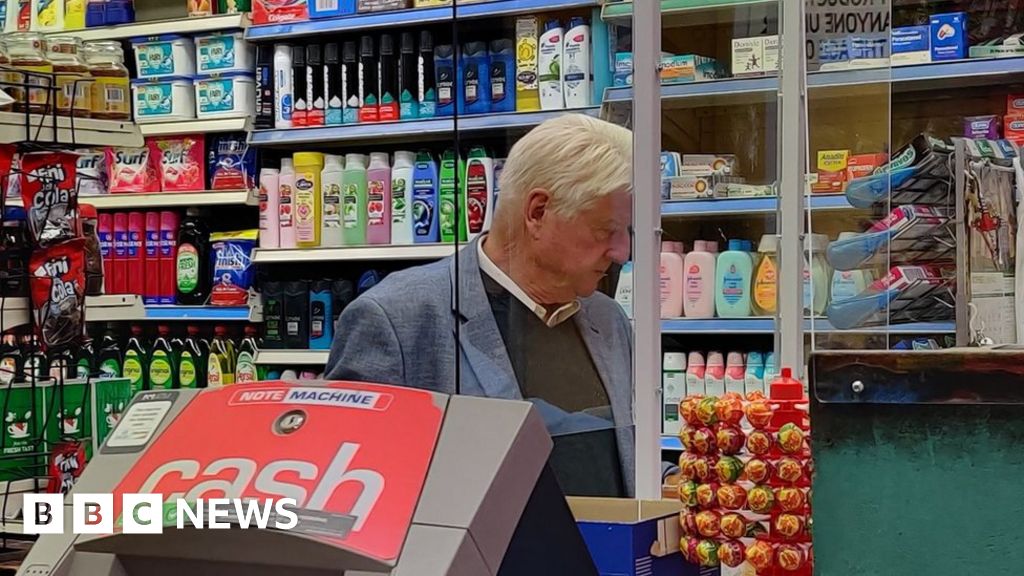 Mr. Johnson – a former Tory MP – apologized, arguing that he may not be “100% up to date with current rules” after returning from overseas.

Fines for not wearing a cover in a shop were raised by the government last week to £ 200 for first-time offenders.

He was photographed at a dinner that appeared to have nine guests, contrary to the government’s “rule of six”.

Asked about the images, Boris Johnson’s official spokesperson said it was now up to the police to “determine what action to take,” adding, “What the prime minister is clear about is that the rules apply to everyone and that everyone should follow them.” .

The prime minister’s father was seen at a newsstand in west London on Tuesday without a mask, with the photo first appearing in the Daily Mirror.

It happened a day before his son, Boris Johnson, held a press conference, appealing to the public to “follow the rules” and admonishing those who didn’t.

Speaking in the mirror, Stanley Johnson said: “I am extremely sorry for the mistake and would like to urge everyone to do everything possible to make sure they follow the rules on masks and social distancing.

“The fact that this was my first day back in the UK after three weeks abroad is not, I’m sure, an excuse for not knowing the rules.”

A Downing Street spokesman said the Prime Minister’s father “fully understands that it is vital that everyone abides by the rules.”

Mr. Johnson was criticized in July for traveling to Greece during the coronavirus lockdown.

The UK Foreign Office’s Air Travel Guide advised against “all international travel except essential ones” at the time and insisted on a two-week quarantine upon return.

But he told the Daily Mail that he was in the country “on essential business” to make sure a property he leases was “Covid-proof” before the holidays started again.

Mr. Corbyn’s photo appeared in the sun, with the newspaper saying the meeting took place on Saturday.

Across England, people face fines as low as £ 200 for meeting indoors or outdoors in groups of more than six, although the rules are stricter in some parts of the country.

The North London MP told the paper: “I recently had dinner at a friend’s house, where the number of guests eventually exceeded five.

“I understand staying for dinner was a violation of the rule of six. I apologize for my mistake.”

Responding to the picture, Labor leader Sir Keir Starmer said: “We all should obey the rules, Jeremy knows, I know, we all have to obey the rules.

“I’ve always said that whatever the government’s rules are, we should all follow them. We have a duty to do so.”

It is not known whether Mr. Johnson or Mr. Corbyn received fines.