Breaking News
Home / Sport / The Red Wings choose defender William Wallinder with the no. 32 picks in the 2020 NHL Draft

The Red Wings choose defender William Wallinder with the no. 32 picks in the 2020 NHL Draft 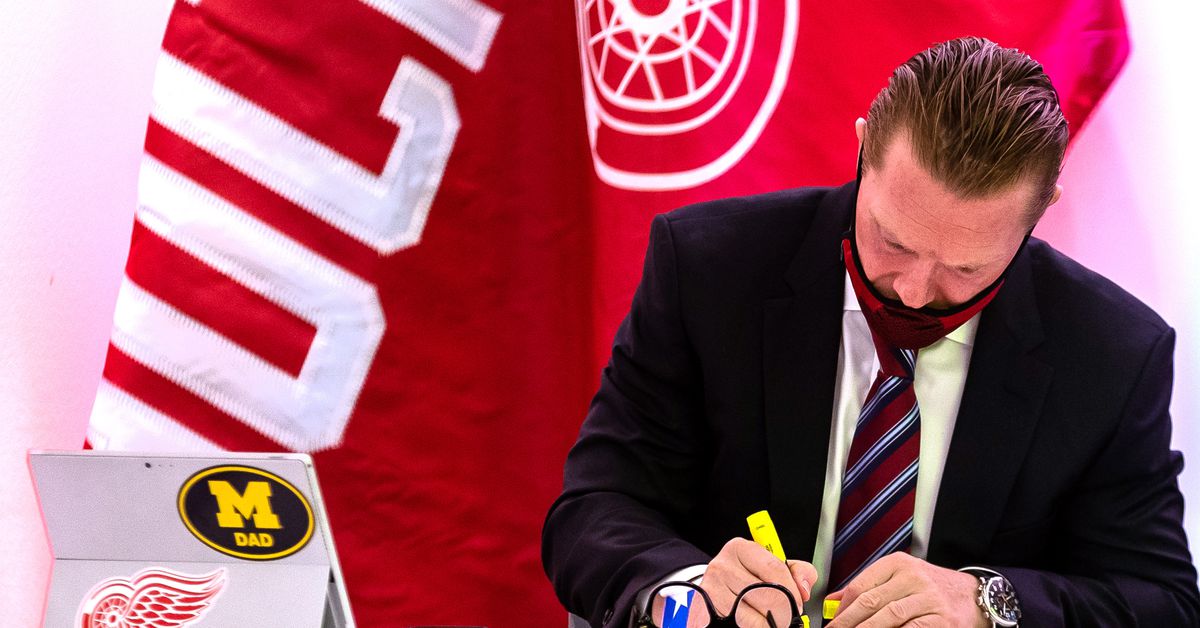 Steve Yzerman and the Red Wings kicked off day two of the 2020 NHL Draft with the first pick. In 32nd place overall, Detroit picked defender William Wallinder from Sollefteå, Sweden.

The six-foot-four 192-pound tall left defender is a MODO product that has had some success in the junior tiers of Sweden. The most interesting part of Wallinder’s game is his skating skills. Future Considerations ranked it right in 32nd place. Here’s what their scouting team says:

“Skates smooth when shooting both with and without a puck. Can play a two-way game and play in all situations. Even if he doesn̵

7;t take risks in his own area, he always stands up against an opponent when he feels confident doing so. He seems to have a good work ethic and works hard along the boards and is very effective with poke checks due to his long reach. He could use his strength better when fighting on the board. “

Elite Prospects has Wallinder ranked 47th on their list, with high marks for skating, puck handling, and average shooting / passing:

“The only constant? Between good and bad performances, Wallinder always skates well. He skates well enough that our Sweden-based director of European Scouting has made him one of the only players with a grade 7 or higher for skating. “

A lot of talk about Wallinder being worth a late pick in the first round, but most scouting services had placed him in the second half. Wallinder is certainly one of those “project” type players who could complete his frame. Wallinder scored 24 points (5-19—24) in 37 games with MODO in the J20 SuperElit last season.