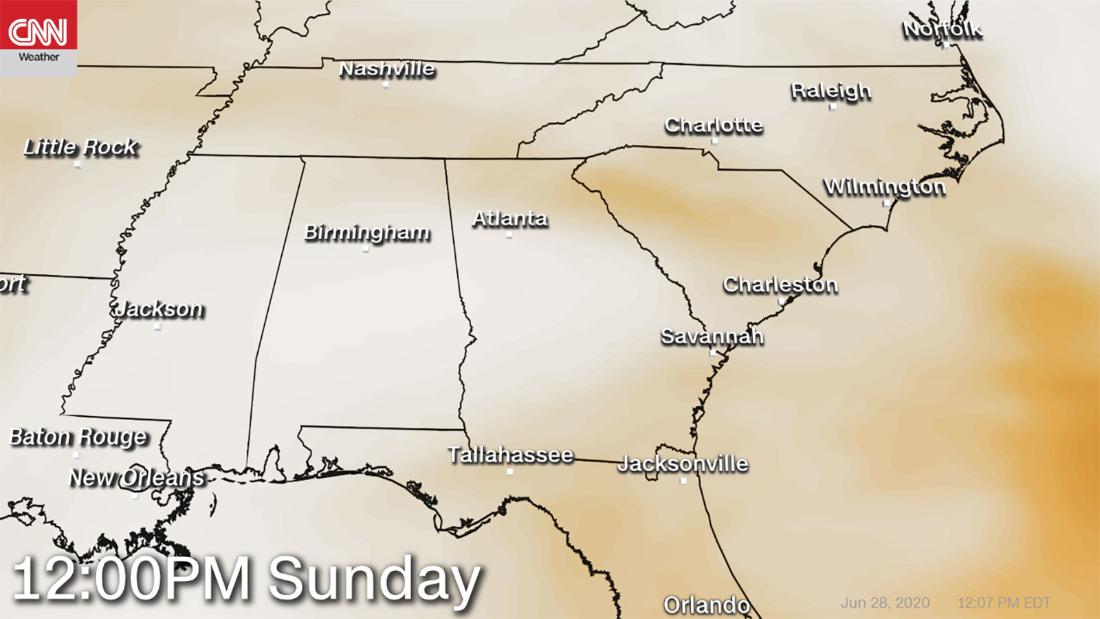 The Georgia Department of Public Health said Saturday that the dust cloud is expected to remain around for the next few days and people, especially those with chronic lung disease, should protect themselves.

The plume of dust originated in Africa earlier this year, when a combination of meteorological factors led to the dust raised by storms in Central and West Africa which gathered in a dense plume, which was pushed about 5,000 miles to the United States.

It is normal for Saharan dust to reach the United States every hurricane season, but this year’s cloud is historic, meteorologists said. Georgia health officials say the dust has been the densest in 50-60 years.

Air quality alerts for dust are published in different parts of the Ohio River Valley, the Middle Atlantic and the southeast, CNN meteorologists said Sunday.

Dust can cause eye, nose and throat irritation, and those with allergies or asthma may experience wheezing.

Georgia health officials urged residents to limit time spent outdoors if it appears dusty or hazy. Indoors, residents should keep their windows and doors closed and operate the air conditioner with the fresh air intake closed.

Georgians should also wear a face mask outside to keep dust particles out of the nose and mouth and to help prevent Covid-19 from spreading, health officials said.

Another round of Saharan dust is expected to impact areas of Texas and the Gulf Coast of Louisiana by the middle of the week, CNN meteorologists said, but it will not be as dense as the plume that currently affects the south. East.