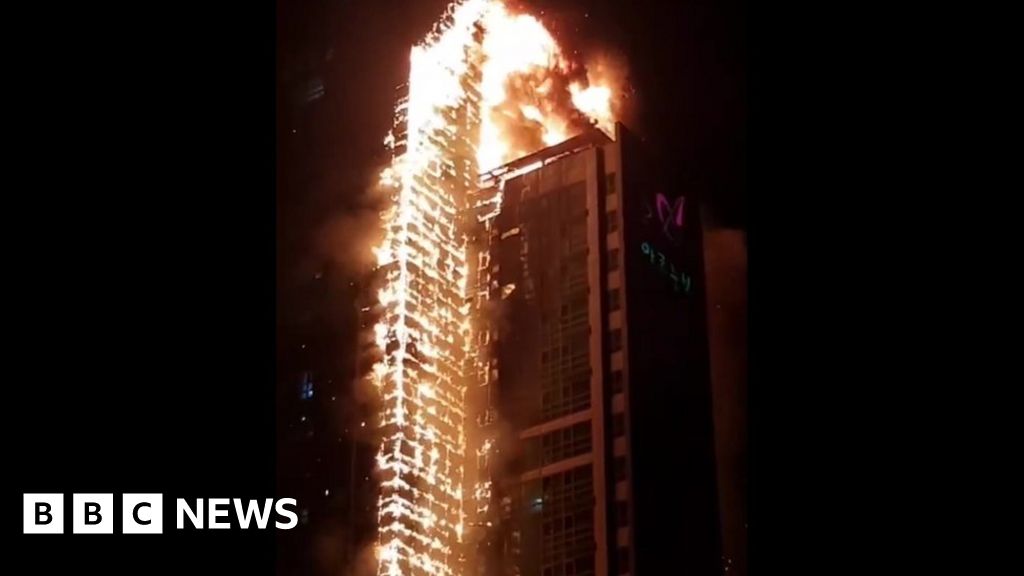 A huge fire engulfed a 33-story tower building in the South Korean city of Ulsan.

Hundreds of people were reportedly evacuated, including from the roof, Yonhap news agency said, with dozens of people experiencing smoke inhalation.

The fire reportedly started around 11pm local time (2pm GMT) and was spread by strong winds.

The fire broke out between the 8th and 12th floors of the building, which has about 120 families and commercial units.

About 50 people had been treated for smoke inhalation, firefighters said.

Strong winds made it difficult to control the fire.

Firefighters are looking for people who may still be inside.

An eyewitness told Yonhap: “Suddenly, the fire started. The windows were broken and the living room and bedroom lit up.”

Another told YTN News of “external material” attached to the outside of the building which caused the fire to spread rapidly.