Breaking News
Home / Science / The Titanic disaster may have been influenced by space weather, says the researcher 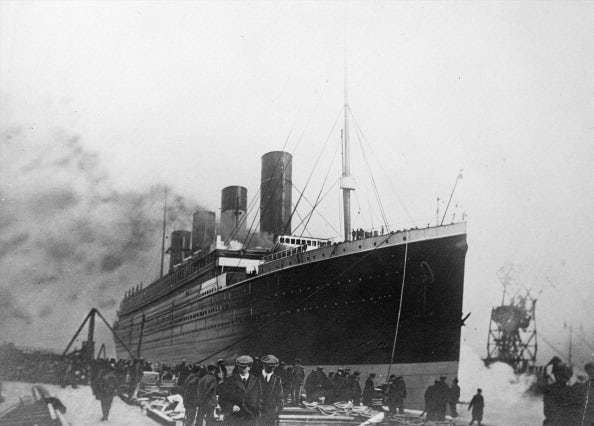 According to new research, space weather may have played a role in the Titanic disaster.

In research published in the Royal Meteorological Society’s Weather journal, Mila Zinkova writes that space weather may have affected Titanic’s navigation and communications prior to the disaster, as well as impacting rescue operations.

“The significant space weather event was in the form of a moderate to severe geomagnetic storm that observational evidence suggests was in effect in the North Atlantic at the time of the tragedy,” writes Zinkova, in an abstract of the study.

The Titanic hit an iceberg in the North Atlantic at 11:40 pm. the ship̵

7;s time on 14 April 1912, during her maiden voyage from Southampton to New York. The ship sank just over two hours later with the loss of over 1,500 lives.

INCREDIBLE TITANIC TALE: THE SILVER FLASK WAS DAMAGED BY THE SHIP’S DEAD ARRIVALS, REUNITED WITH OWNER

Zinkova, who is described by the Science Times as a retired independent meteorological researcher and computer programmer, has published a series of research articles on the Titanic.

There have been other examples of space weather impact systems on Earth. On September 2, 1859, space weather caused the telegraph service to be disrupted, according to NASA, in what is known as “The Carrington Event”.

On March 13, 1989, geomagnetically induced currents (GICs) impacted the Hydro-Québec power grid in Canada. A transformer failure caused a blackout that affected more than 6 million people, the space agency explains on its website.

“The geomagnetic storm that caused this event was itself the result of a CME [Coronal Mass Ejection] expelled from the sun on March 9, 1989, “he said.

More than 100 years after the sinking of the Titanic, the disaster continues to be a source of fascination. Last year, an expedition on the Titanic led by EYOS Expeditions revealed the deterioration of the ill-fated ocean liner on the depths of the North Atlantic.

NEW TITANIC IMAGES SHOW THE “SHOCKING” DETERIORATION OF THE WRECK

Disturbing footage of the dive obtained by the BBC showed the rusty bow of the Titanic and parts of the ship’s destroyed hull. Despite the rapidly deteriorating state of the wreck, glass is still visible in some portholes of the Titanic.