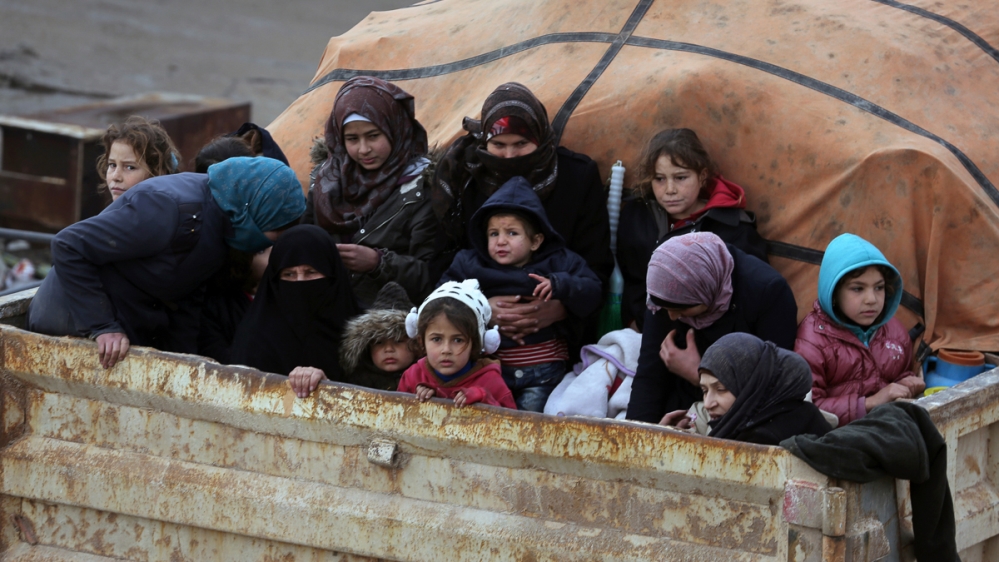 The United Nations Security Council approved aid deliveries to Syria from Turkey, but only after giving in to Russian pressure to close one of the two access points in the war-torn country.

After a week of division and seven votes, the United Nations Security Council approved a proposal submitted by Germany and Belgium on Saturday which allows the use of the Bab al-Hawa crossing for one year.

Western nations say closing the second access point will cut a lifeline for 1.3 million Syrians in the north-west of the country.

The authorization to continue transporting aid to Syria, a system in place since 201

The 15-member UNSC had been blocked, with most members opposed to the Syrian allies Russia and China on the issue.

Russia and China, which hold veto power within the council, wanted to halve the approved Turkish border crossings, arguing that northwestern Syria could be reached from within the country.

At the session, the measure was approved by 12 of the 15 members in the Council’s fifth vote this week on the issue, with Russia, China and the Dominican Republic abstaining.

German UN Ambassador Christoph Heusgen told his Chinese and Russian counterparts to report to their capitals “like those people who have given instructions to cut the help of 500,000 children … are ready to look in the mirror tomorrow” .

For weeks, Russia, Syria’s most important ally, had called for an end to the use of the Bab al-Salaam border crossing, which leads to the Aleppo region of northern Syria.

Board members had also been divided on whether to renew the authorization for six months or a year.

“Russia is constantly in favor of humanitarian deliveries to Syria in full respect of the country’s sovereignty and territorial integrity and with the coordination of its legal government. This problem should not be politicized,” said the Russian deputy envoy of the United Nations. Dmitry Polyanskiy after the vote.

The positive vote came after two failed votes on Russian proposals and two vetoes by Russia and China of resolutions drawn up by Germany and Belgium.

British United Nations Ambassador Jonathan Allen says 1.3 million people have been cut off from the humanitarian aid they rely on [File: AP]

British UN ambassador Jonathan Allen said after the vote that the loss of access to aid through the Bab al-Salaam border crossing would deprive “1.3 million people in northwestern Syria of cross-border humanitarian assistance they are based on. “

“A border crossing is not enough, but no border crossing would have left the fate of an entire region in question”, Germany and Belgium said in a joint statement after the vote.

The Chinese UN ambassador Zhang Jun said that Beijing has always had reservations about the delivery of cross-border aid, but given the current situation in Syria, it is not opposed to maintaining “at this stage”.

Aid agencies operating in Syria said Sunday in a joint statement that the recent UN Security Council decision will result in the loss of many lives in the region.

“In the north-west of Syria, where a cross-border vital anchor was closed … Many now will not receive the help they need. Lives will be lost. The suffering will intensify, “said the agencies.

“With the first case of COVID-19 confirmed in Idlib, an area with severely weakened health infrastructure, this is a devastating blow,” added the note.

“People in northern Aleppo have the highest concentration of displaced people with over 60 percent [of them]”he told Al Jazeera.

“These are people who have been displaced several times over the course of the war for nine years. And they are overwhelming women and children. So these are the very people the United Nations was set up to serve.”

Al Jazeera’s James Bays, reported from the United Nations headquarters in New York, said that the result of the vote is another example humanitarian aid has been increasingly politicized in the war in Syria.

“In nearly a decade of conflict in Syria, hunger has been repeatedly used as a weapon of war. What we have seen here in the past week may be another episode in the international community’s response to the Syrian crisis – which history will misjudge, “He said.

When the United Nations Security Council authorized the cross-border aid operation in Syria in 2014, it also included access from Jordan and Iraq. These crossings were cut in January due to opposition from Russia and China.

Russia has vetoed 16 Council resolutions related to Syria since Syrian President Bashar al-Assad cracked down on protests in 2011, leading to civil war. For many of these votes, Moscow was supported by the United Nations Security Council from China, which vetoed 10 Council resolutions.