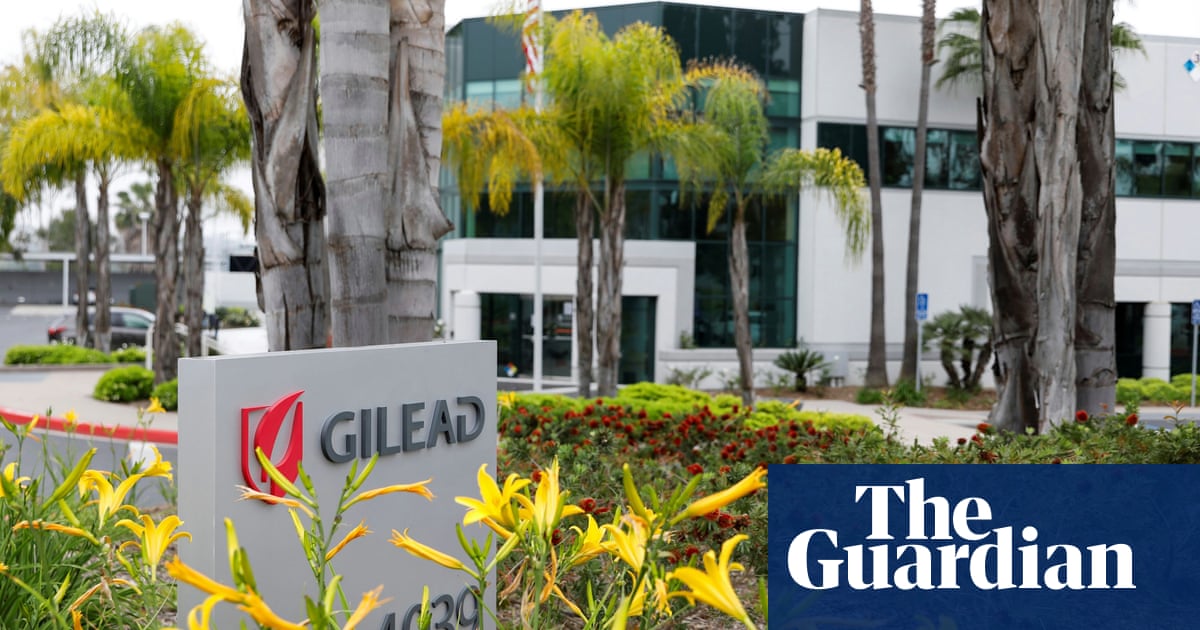 The United States has purchased virtually all of the stocks for the next three months of one of the two drugs that have proven to work against Covid-19, leaving none for the United Kingdom, Europe or most of the rest of the world.

Experts and activists are alarmed both by the unilateral action of the United States on remdesivir and by the wider implications, for example in case of availability of a vaccine. The Trump administration has already shown that it is ready to beat and outperform all other countries to secure the necessary medical supplies for the United States.

“They have access to most of the drug offerings [of remdesivir]so there is nothing for Europe, “said Dr. Andrew Hill, a visiting university researcher at the University of Liverpool.

Remdesivir, the first drug approved by the competent authorities in the United States for the treatment of Covid-1

9, is manufactured by Gilead and has been shown to help people recover from the disease more quickly. The first 140,000 doses, supplied to drug trials worldwide, have been exhausted. The Trump administration has now purchased over 500,000 doses, which is all of Gilead’s production for July and 90% for August and September.

“President Trump has reached an extraordinary agreement to guarantee Americans access to the first authorized therapeutic for Covid-19,” said United States Secretary of Health and Human Services, Alex Azar. “As far as possible, we want to ensure that any American patient who needs remdesivir can get it. The Trump administration is doing everything in our power to learn more about life-saving therapies for Covid-19 and to ensure safe access for these American people to these options. “

The drug, which was invented for Ebola but didn’t work, is patented for Gilead, which means that no other company in rich countries can make it. The cost is around $ 3,200 per six-dose treatment, according to the U.S. government statement.

The deal was announced when it became clear that the pandemic in the United States is getting out of control. Anthony Fauci, the chief public health expert and director of the National Institute of Allergy and Infectious Diseases, told the Senate that the United States is sliding backwards.

“We are going in the wrong direction,” said Fauci. Last week the United States saw a new daily record of 40,000 new coronavirus cases in one day. “I wouldn’t be surprised if we go up to 100,000 a day if it doesn’t turn around,” he said. He was unable to provide an estimated death toll, but said: “It will be very disturbing, I guarantee you.”

The United States has recorded over 2.5 million confirmed cases of Covid-19. Some states have lifted restrictions only to crack down. On Monday, the Arizona governor ordered the closure of bars, cinemas, gyms and water parks for a month, weeks after they reopen. Texas, Florida and California have also reintroduced restrictions in the face of growing cases.

Buying the global supply of remdesivir is not just a reaction to the growing prevalence and death toll. The United States has adopted an “America first” attitude throughout the global pandemic.

In May, French manufacturer Sanofi said that the United States would get first access to its Covid vaccine if it worked. Its CEO, Paul Hudson, said: “The United States government has the right to the largest pre-order because it is invested in taking risks” and, he added, the United States expected that “if we helped you produce the doses at risk, we expect to get the doses first. ”He then went back under pressure from the French government.

Canadian Prime Minister Justin Trudeau warned that there could be unintended negative consequences if the United States continues to beat its allies. “We know it is in the interest of both to collaborate and cooperate to protect our citizens,” he said. The Trump administration has also invoked the Defense Production Act to block the shipment of certain medical products manufactured in the United States abroad.

Nothing seems likely to prevent the United States from grabbing the remdesivir market, however. “This is the first major drug approved and where is the access mechanism?” said Dr. Hill. “Once again we are in the queue.”

The drug has been observed impatiently for the past five months, Hill said, but there was no mechanism to secure a supply outside the United States. “Imagine this was a vaccine,” he said. “It would be a storm. But maybe this is a taste of things to come. “

Remdesivir would have taken people out of hospital more quickly, reducing the burden on the national health system and could have improved survival, Hill said, although this has not yet been proven in studies, as it has done with the other treatment. successful, the steroid dexamethasone. There has been no attempt to buy the world stocks of dexamethasone because there is no need: the drug is 60 years old, it is cheap and easily available everywhere.

Hill said there was a way for the UK to secure supplies of this and other drugs during the pandemic, through what is known as a compulsory license, which takes precedence over the company’s intellectual property rights. This would allow the British government to buy from generic companies in Bangladesh or India, where Gilead’s patent is not recognized.

The UK has always supported patents, supporting the pharmaceutical companies’ argument that they need their 20-year monopoly to recover the money they invest in research and development. But other countries have shown interest in compulsory licenses. “It’s about what countries are ready to do if this becomes a problem,” said Hill.

With the disappearance of department stores, shopping centers could be next