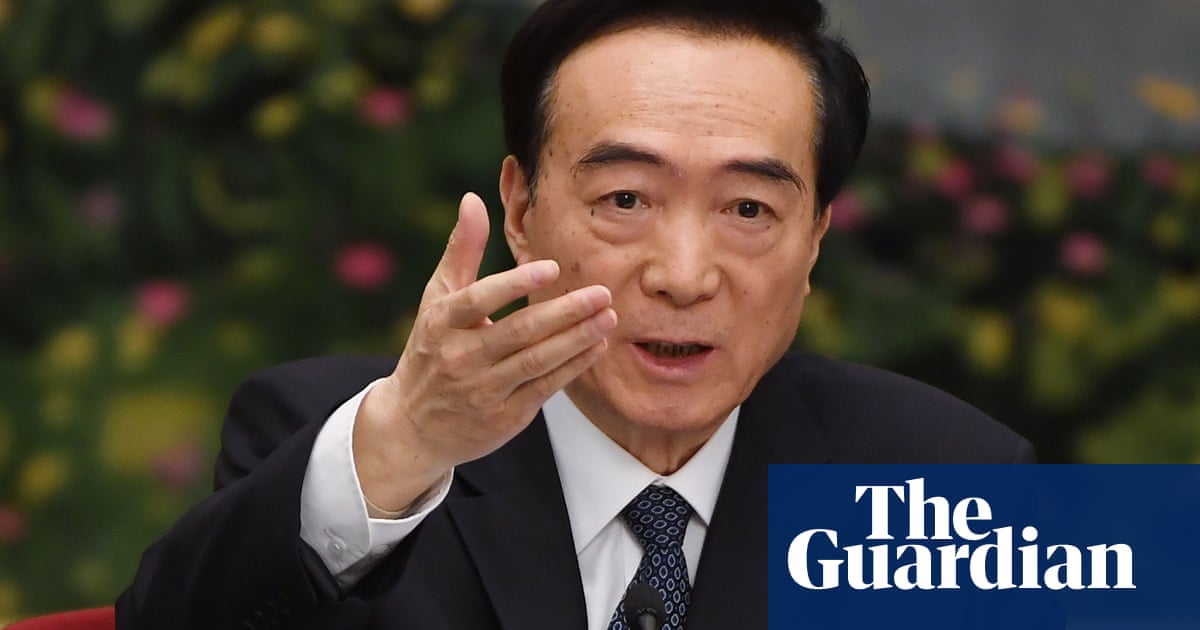 The United States has imposed sanctions on three senior officials of the Chinese Communist Party, including a member of the politburo in power, for alleged human rights violations against ethnic and religious minorities in the western part of the country.

Secretary of State Mike Pompeo said in a statement: “The United States will not be lazily as the Chinese Communist Party commits human rights abuses against Uyghurs, Kazakh ethnic groups and members of other minority groups in Xinjiang, including forced labor, arbitrary mass detention forced control of the population and attempts to erase their Muslim culture and faith. “

7;s statement, accompanied by a similar announcement from the Treasury department, states that further visa restrictions would have been placed on officials from other parties held responsible or complicit in the detentions.

The decision to prevent the three senior officials from entering the United States is the latest in a series of actions that the Trump administration has taken against China due to the deterioration of reports on the coronavirus pandemic, human rights, Hong Kong and the Commerce.

Just a day earlier, the administration had announced a visa ban against officials held responsible for blocking foreigners’ access to Tibet. Thursday’s pace, however, reaches a higher level of leadership and will likely attract a tough response from Beijing.

Pressure is escalating for action on forced detention and abuse of Muslim minorities largely in China. In response to an Associated Press investigation, 78 senators and members of Congress signed a letter urging the Trump administration to sanction Chinese officials and request a United Nations investigation into whether actions in Xinjiang constituted genocide.

Biden released a statement calling the Chinese government’s actions “inconceivable crimes” and says he will work to “support a path for those persecuted to find refuge in the United States and other nations.” And in the first attempt to enlist international law on human rights violations, the Uyghur exiles asked the international criminal court to investigate Beijing for genocide.

In recent years, the Chinese government has arrested around 1 million people in internment camps and prisons where they are subject to ideological discipline, forced to denounce their religion and language and physically abuse them. China has also placed the prisoners’ children in dozens of orphanages, where they too are indoctrinated, say ex-convicts and their families.

China has long suspected that the Uyghurs, who are mostly Muslims, harbor separatist tendencies because of their distinct culture, language and religion. The officially atheist Communist government initially denied the existence of internment camps in Xinjiang, but now claims that these are professional training facilities designed to counter Muslim radicalism and separatist tendencies.

In December last year, Xinjiang authorities announced that the camps had been closed and that all detainees had “graduated”, a claim that was difficult to independently confirm given the close surveillance and restrictions on reporting in the region. Some Uyghurs and Kazakhs have reported to the PA that their relatives have been released, but many others say that their loved ones remain in detention, have been sentenced to prison or transferred to forced labor in factories.

In October 2019, the United States imposed visa restrictions on Chinese officials “held accountable or complicit” for the detention of Muslims in Xinjiang. It also blacklisted over two dozen Chinese companies and agencies related to abuse in the region – including surveillance technology manufacturers and the Xinjiang Public Security Bureau – which effectively blocked them from buying U.S. products.

Last month, Trump signed the legislation, passed with enormous support from Congress, which requires people, including Chen, to face sanctions for the oppression of the Uyghurs. The law also requires that U.S. companies and individuals who sell products or operate in Xinjiang ensure that their activities do not contribute to human rights violations, including the use of forced labor.