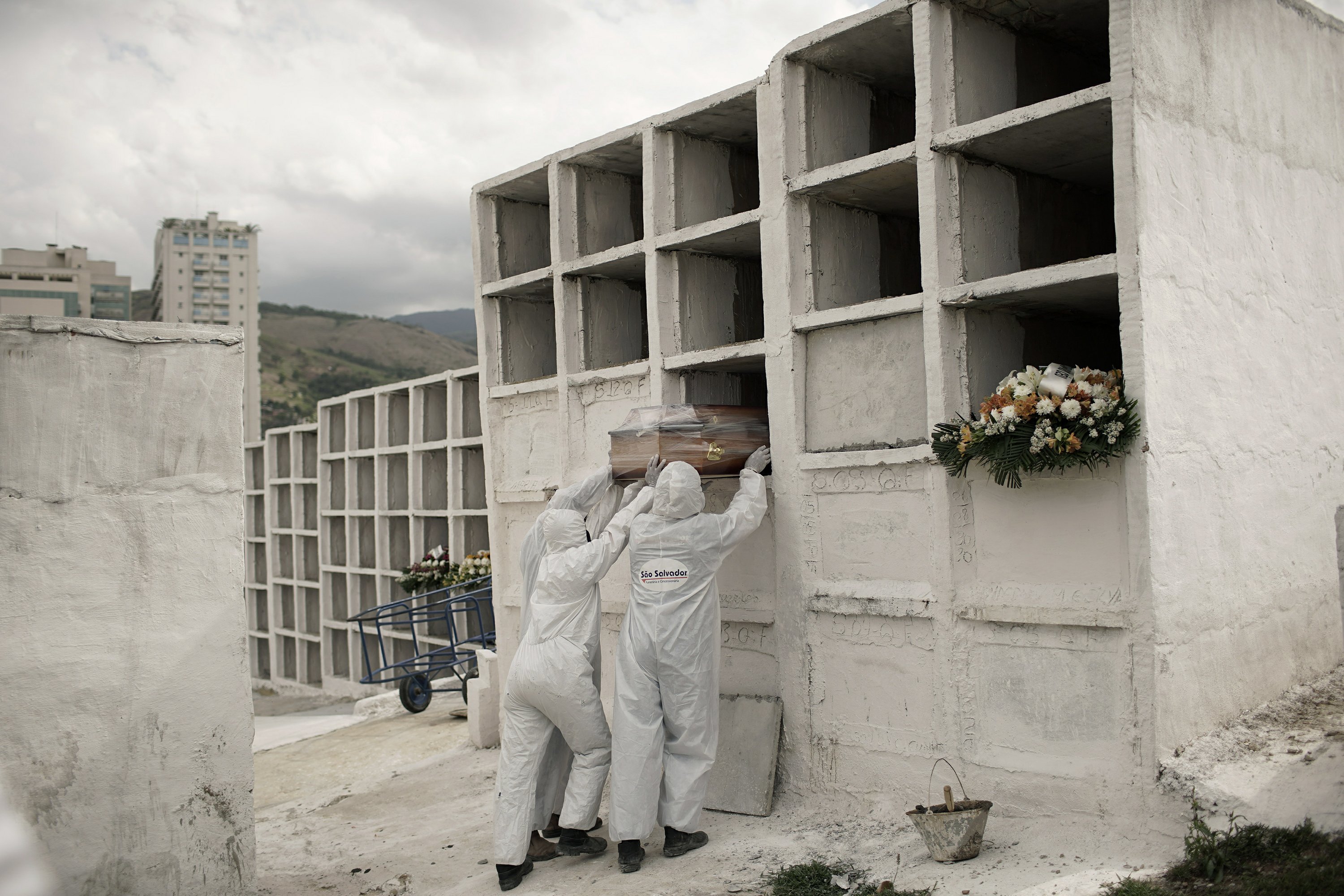 NEW DELHI (AP) – The world death toll from coronavirus eclipsed 1 million, nine months after a crisis that devastated the global economy, tested the determination of world leaders, pitted science against politics and forced multitudes to change the way they live learning and working.

“It’s not just a number. It’s humans. It’s the people we love,” said Dr. Howard Markel, a professor of medical history at the University of Michigan who advised government officials to contain pandemics and lost her 84-year-old mother from COVID-19 in February.

“They are our brothers, our sisters. They are the people we know,”

; he added. “And if you don’t have that human factor in your face, it’s very easy to make it abstract.”

The milestone, recorded Monday in the United States by Johns Hopkins University, is greater than the population of Jerusalem or Austin, Texas. That’s 2.5 times the sea of ​​humanity that was in Woodstock in 1969. That’s more than four times the number of victims of the 2004 Indian Ocean earthquake and tsunami.

Even then, the figure is almost certainly a large underestimate due to inadequate or inconsistent testing and reporting and suspicions of cover-up by some countries.

And the number continues to rise. On average, nearly 5,000 deaths are reported every day. Parts of Europe are affected by new outbreaks and experts fear a second wave in the United States, which accounts for around 205,000 deaths, or 1 in 5 worldwide. This is far more than any other country, despite America’s wealth and medical resources. 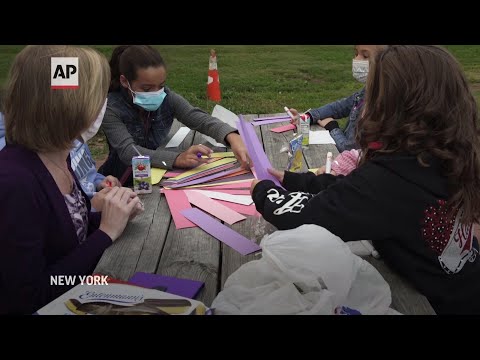 “I can understand why … the numbers are losing their power to shock, but I still think it’s really important to understand how big these numbers really are,” said Mark Honigsbaum, author of “The Pandemic Century: One Hundred Years of Panic. , Hysteria and Hubris. “

The global toll includes people like Joginder Chaudhary, who was the greatest pride of his parents, who grew up on the little they made by farming a half-acre piece of land in central India to become their village’s first doctor.

After the virus killed 27-year-old Chaudhary in late July, his mother cried inconsolably. Without her son, Premlata Chaudhary said, how could she have continued to live? Three weeks later, on August 18, the virus also took her life. All in all, it has killed more than 95,000 people in India.

“This pandemic has ruined my family,” said the young doctor’s father, Rajendra Chaudhary. “All our aspirations, our dreams, it’s all over.”

When the virus swept the cemeteries of the Italian province of Bergamo last spring, Rev. Mario Carminati opened his church to the dead, lining up 80 coffins in the central nave. After an army convoy took them to a crematorium, another 80 arrived. Then another 80.

Eventually the crisis receded and the world’s attention shifted. But the grip of the pandemic lasts. In August, Carminati buried her 34-year-old grandson.

“This thing should make us all think. The problem is that we all think we are immortal, “the priest said.

The virus first appeared in late 2019 in hospitalized patients in the Chinese city of Wuhan, where the first death was reported on January 11. By the time the authorities blocked the city nearly two weeks later, millions of travelers had come and gone. The Chinese government criticized it for not doing enough to warn other countries of the threat.

Government leaders in countries like Germany, South Korea, and New Zealand have worked effectively to contain it. Others, like US President Donald Trump and Brazil’s Jair Bolsonaro, have rejected the severity of the threat and the guidance of scientists, even as hospitals are filled with seriously ill patients.

Brazil recorded the second death toll after the United States, with around 142,000. India is third and Mexico fourth, with over 76,000.

The virus forced compromises between security and economic well-being. The choices made have made millions of people vulnerable, especially the poor, minorities and the elderly.

With so many deaths out of sight in hospital wards and clustered on the fringes of society, the milestone is reminiscent of the grim statement often attributed to Soviet dictator Josef Stalin: One death is a tragedy, millions of deaths are a statistic.

The pandemic toll of 1 million deaths in such a short time rivals some of the most serious threats to public health, past and present.

It surpasses the annual deaths from AIDS, which killed some 690,000 people worldwide last year. The virus toll is approaching 1.5 million global deaths annually from tuberculosis, which routinely kills more people than any other infectious disease.

But “COVID’s hold on humanity is incomparably greater than the hold of other causes of death,” said Lawrence Gostin, a professor of global health law at Georgetown University. He noted the unemployment, poverty and despair caused by the pandemic and the deaths from a myriad of other diseases that have not been treated.

Despite all its lethality, the virus caused far fewer victims than the so-called Spanish flu, which killed 40 to 50 million people worldwide in two years, just over a century ago.

That pandemic came before scientists had microscopes powerful enough to identify the enemy or antibiotics capable of treating the bacterial pneumonia that killed most of the victims. In the United States, the Spanish flu killed about 675,000. But most of those deaths didn’t occur until a second wave hit the winter of 1918-19.

Until now, the disease has left only a faint footprint on Africa, far removed from early patterns that predicted thousands more deaths.

But cases have recently increased in countries such as Britain, Spain, Russia and Israel. In the United States, the return of students to college campuses has sparked new outbreaks. With the approval and distribution of a vaccine still likely months away and the approaching winter in the Northern Hemisphere, the toll will continue to rise.

“We are only at the beginning of this. We will see many more weeks before this pandemic than we have had behind us,” said Gostin.

Geller reported from New York. Nicole Winfield in Rome contributed to this story.