Breaking News
Home / World / There are 14 million tons of microplastics sitting on the sea floor, according to a study

There are 14 million tons of microplastics sitting on the sea floor, according to a study 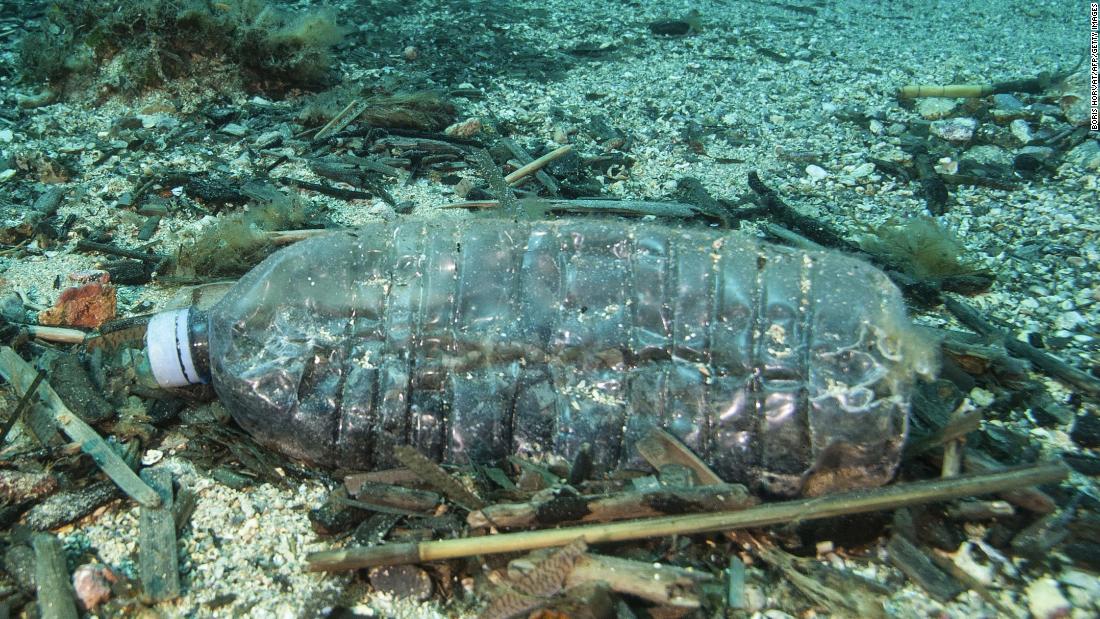 But relatively little is known about the levels of plastic lurking on the sea floor and in deep-sea sediments at the bottom of our world.
A new study from Australia’s national science agency CSIRO, published Monday in the journal Frontiers in Marine Science, shed light on this plastics problem, estimating there are 14 million tonnes of microplastics on the ocean floor.

This is 35 times more plastic than is believed to float on the surface, the study suggests.

The researchers say the work is the first global estimate of microplastics – pieces of plastic that have been consumed by the elements in tiny fragments, smaller than 5 millimeters (0.19 inches) – on the sea floor.

Using a robotic submarine, the team collected sediment samples from deep water up to 3,000 meters (9,800 feet) from six sites in the Great Australian Bight, up to 380 kilometers (236 miles) off the coast of South Australia.

The analysis of the 51 samples collected revealed an average of 1.26 pieces of microplastic per gram of sediment. Researchers say it is up to 25 times more microplastics than in previous deep-water studies.

Justine Barrett of CSIRO’s Oceans and Atmosphere, who led the study, said in a statement that “even the deep ocean is susceptible to the problem of plastic pollution.”

“Plastic pollution that ends up in the ocean deteriorates and breaks down, ending up as microplastics,” he said. “The results show that the microplastics are indeed sinking to the ocean floor.”

Scientists have called plastic waste “one of the major environmental challenges of this generation” and the problem is an internationally recognized environmental problem. Plastic is persistent pollution that harms wildlife, the ocean itself, and there is growing concern about the potential health risks it poses to humans.
The problem is only set to get worse as plastic production and pollution are expected to increase in the coming years.
A recent study suggested that even if we embarked on an immediate and globally coordinated effort to reduce plastic consumption, there would still be around 710 million tons. of plastic that will pollute the environment by 2040.

Dr Denise Hardesty, Principal Research Scientist and co-author of the study, said she was “surprised to see high loads of microplastics in such a remote location.”

Research shows that plastics can build up on the sea floor by sinking through the water column or by currents that carry the microplastics along underwater canyons to the deep sea floor.

“Our research found that the deep ocean is a well of microplastics,” Hardesty said. “By identifying where and how much microplastic is present, we get a better picture of the extent of the problem.”

The main samples were taken in March and April 2017 from a depth range between 1,655 meters (5,400 feet) and 3,062 meters (10,000 feet). The researchers then augmented their data taken off the Australian coast to get a global estimate of the weight of microplastics in deep-sea sediments and reached an estimate of 14.4 million tonnes. – an estimate that they say is conservative because the location was remote and far from urban centers.

While their results show a huge amount of microplastics on the seabed, the researchers say it’s a fraction of the total amount of plastic that is dumped into the world’s seas every year.

About 150 million tons of plastic already floats in our oceans, with another eight million tons entering the water each year, according to the World Economic Forum.

And the researchers say that most of the plastic dumped into the ocean likely ends up on the shores, rather than on the surface or the ocean floor.

The results show that it is more urgent than ever to find effective solutions to stop plastic pollution before it reaches the oceans and to reduce the use of plastic in general, according to Hardesty.

“This will help inform waste management strategies and create behavioral changes and opportunities to prevent plastics and other waste from entering our environment,” he said. “The government, industry and the community must work together to significantly reduce the amount of litter we see along our beaches and in our oceans.”