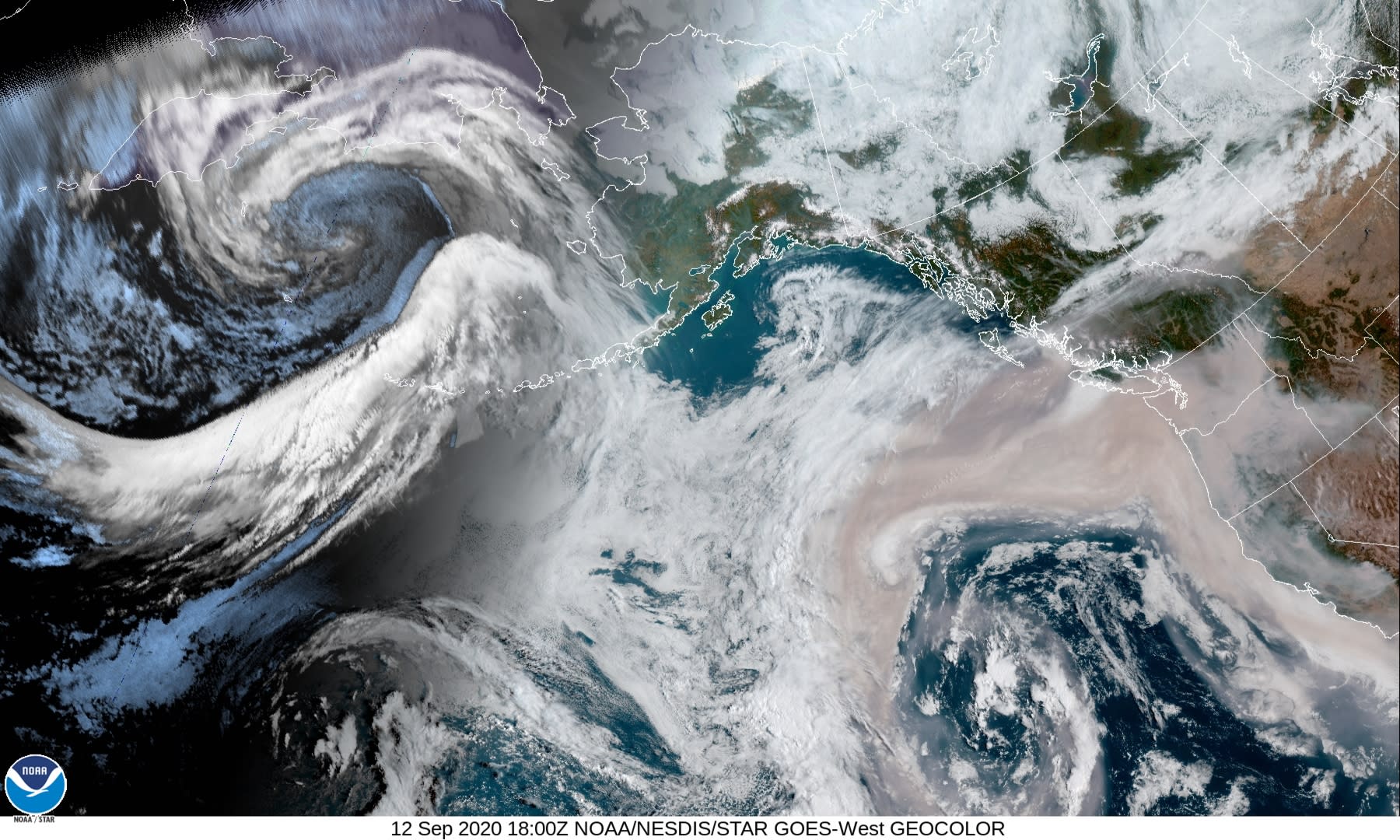 A satellite image of the Northeast Pacific taken by the US National Oceanic and Atmospheric Administration (NOAA) on September 12. Credit – NOAA

Satellite images recently shared by the National Oceanic and Atmospheric Administration (NOAA) show massive amounts of smoke engulfing the west coast of the United States and extending hundreds of miles over the Pacific Ocean as dozens of wildfires continue to ravage California, Oregon and Washington and create dangerous air quality conditions for millions of people.

The unprecedented fires – which experts say are fueled by climate change – have burned hundreds of thousands of acres and killed at least 14 people, according to NPR. The fires have also created dangerous conditions for air quality across much of the west coast, and health authorities recommend that people stay indoors whenever possible.

In satellite images taken by NOAA on Thursday and Friday, huge amounts of smoke created by fires can be seen extending and spiraling hundreds of miles across the Pacific Ocean.

I didn’t think satellite imagery of west coast fires could get any more jaw-dropping and alarming. I was wrong. The smoke was enveloped at least 1,000 miles to the west in a cyclone, and is also spreading to the far southeast, above Ariz. pic.twitter.com/U1fQqaX0MG

Smoking creates poor air quality conditions for much of the west coast. Take measures to minimize health impacts. Stay inside and close doors and windows. Do not rely on cloth face coverings or surgical masks to avoid breathing in the smoke from fires. More: https://t.co/lzg2OC54VY pic.twitter.com/Xo9tehH5xP

Today in frightening satellite imagery: Most of that smoke from the Oregon and California fires is swept into a massive cyclone over the Pacific. It stretches nearly 2,000 miles to New Mexico. pic.twitter.com/ez84jFbI0a

On Saturday, NOAA shared another 24-hour interval of satellite imagery, showing smoke continuing to swirl and swirl across the Pacific.

The fires have caused some of the most unhealthy air conditions in the world in the Pacific Northwest of the United States, according to the Associated Press. On Friday, officials from the Oregon Department of Occupational Health and Safety urged employers to stop or delay outdoor work activities due to dangerous air quality.