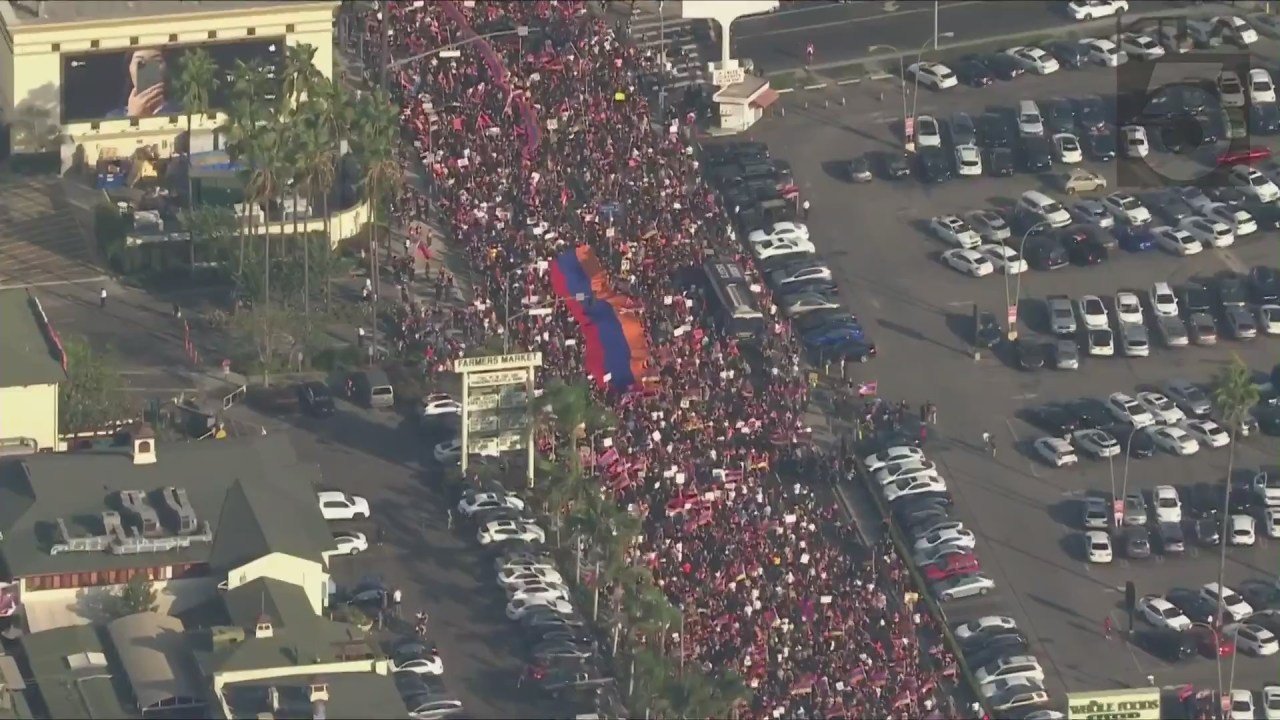 Tens of thousands of American Armenians and their allies marched to the Turkish consulate in Beverly Hills on Sunday to denounce the bloodshed in Nagorno-Karabakh, a region bordering Armenia and Azerbaijan.

The video showed the massive procession making its way from the Fairfax area to Beverly Hills, with demonstrators waving Armenian flags and holding up placards, some of which read “Armenia wants peace”

;, “Artsakh is Armenia” and “Turkey is guilty of war crimes”.

“The Armenian community of Los Angeles is united in condemning the genocidal aggression of Azerbaijan and Turkey against Armenia and Artsakh and calling on the international community to act now,” tweeted Alex Galitsky of the Armenian National Committee of America.

The fighting broke out on September 27 in Nagorno-Karabakh, or Artsakh, which is internationally recognized as part of Azerbaijan but is a separatist region largely populated by ethnic Armenians.

Armenia and Azerbaijan agreed on a Russian-mediated ceasefire in Nagorno-Karabakh starting Saturday, but immediately accused each other of derailing the deal intended to end the worst outbreak of hostility in the breakaway region in more than a quarter of a century.

Turkey offers strong political support to Azerbaijan, and Armenian officials say Turkey is involved in the conflict and is sending Syrian mercenaries to fight on Azerbaijan’s side. Turkey denied deploying fighters in the region, but a Syrian war observer and three Syria-based opposition activists confirmed that Turkey has sent hundreds of Syrian opposition fighters to fight in Nagorno-Karabakh.

Since then, the violence has resulted in several protests in Los Angeles, which is home to the largest population of Armenians outside the country itself.

The march in Beverly Hills began at 3pm. at Pan Pacific Park on 7600 Beverly Blvd. in Fairfax and was supposed to end up at the Turkish consulate on 8500 Wilshire Blvd.

The organizers told attendees that masks are mandatory and social distancing requirements will apply.

A group of protesters also participated from their vehicles, blocking a lane in Beverly Hills with cars displaying Armenian flags.

The Beverly Hills Police Department has warned of possible road closures in the area.

Check back for updates on this developing story.