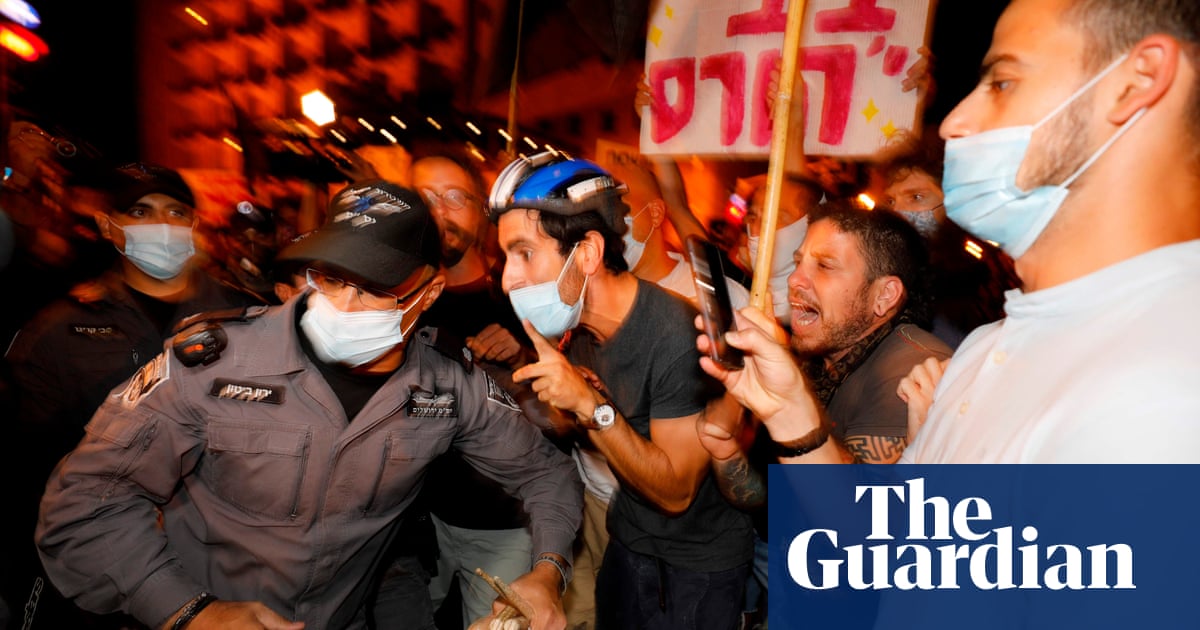 Thousands of protesters gathered outside Prime Minister Benjamin Netanyahu’s official residence and crowded the streets of central Jerusalem, while weeks of protests against the Israeli leader seemed to be taking hold.

Saturday’s central Jerusalem rally, along with small rallies in Tel Aviv, near Netanyahu’s beach house in central Israel and at dozens of busy intersections nationwide, was one of the biggest turnouts in weeks of protests.

Throughout the summer, thousands of Israelis took to the streets, asking Netanyahu to step down, protesting his management of the country’s coronavirus crisis and saying he should not remain in office while on trial for corruption charges. Although Netanyahu has tried to minimize the protests, the meetings twice a week show no signs of slowing down.

Israeli media estimates that at least 10,000 people protested near the official residence in central Jerusalem. At the end of Saturday, thousands marched through the streets in a noisy but orderly demonstration. Protesters hoisted Israeli flags and blew loud horns as they marched. Many had posters that said “Minister of Crime” and “Bibi Go Home” or accused Netanyahu of not being in contact with the public.

Hundreds of people remained in the area well after midnight, ignoring police calls to leave. Riot forces moved into the area and began to free people. As of 2 am, most of the remaining people seemed to be leaving peacefully, but police were seen dragging activists away.

The demonstrations against Netanyahu are the largest that Israel has seen since 2011 protests over the country’s high cost of living.

Netanyahu shook the protesters as leftists and anarchists. On Saturday, his Likud party released a statement accusing Israel’s two private TV stations of giving free and endless publicity to the demonstrators and exaggerating the importance of the meetings.

While the demonstrations have been largely peaceful, there have been signs of violence in the past few days. Some protesters clashed with the police, accusing them of using excessive force, while small gangs of Netanyahu supporters affiliated to a far-right group attacked the protesters. He claimed that the protesters are inciting violence against him.

Israeli police arrested around 20 far-right activists in recent days and police said they were on alert for violence during the demonstrations. Several arrests of Netanyahu supporters were reported on Saturday, including a man who got out of his car in the northern city of Haifa and threw a stone at a crowd of protesters. Police said a 63-year-old woman was slightly injured.

Many protesters, including many unemployed young Israelis, accuse Netanyau of mistreating the coronavirus crisis and the economic damage it has caused.

After moving quickly to contain the virus last spring, many believe that Israel has reopened its economy too quickly, leading to an increase in cases. The country is now facing record levels of coronavirus, while unemployment has risen to over 20%.

5 things to know on Thursday