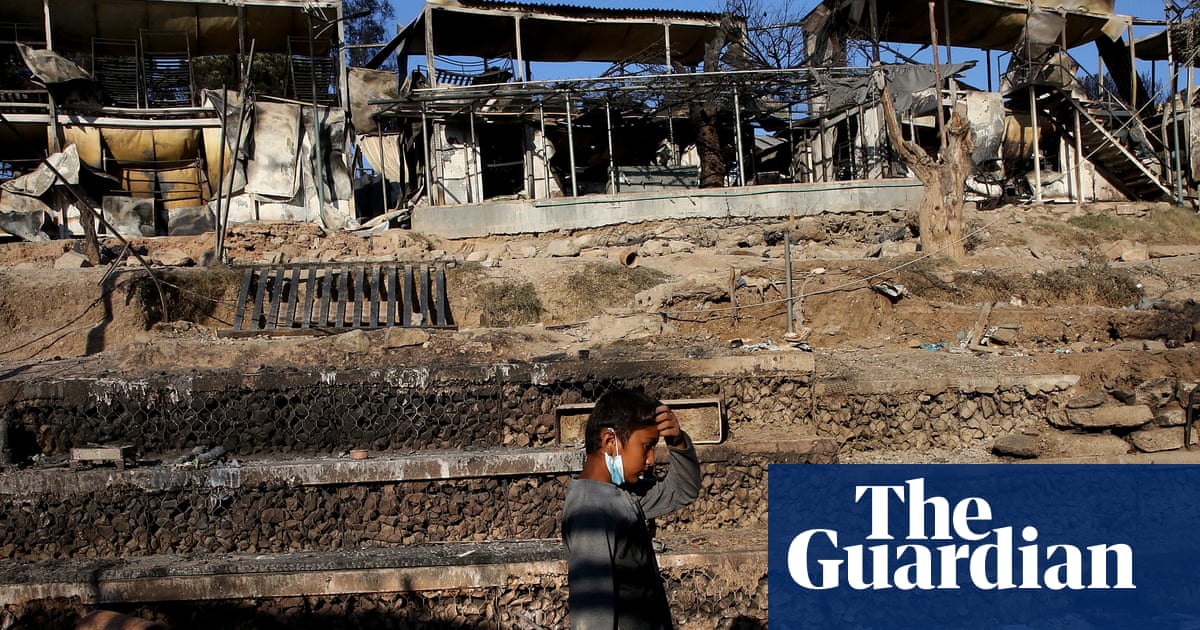 Thousands of people are in urgent need of emergency shelter and aid after a fire destroyed Europe’s largest refugee camp on the Greek island of Lesbos.

As the Greek government declared a state of emergency and a delegation of officials rushed to the northeastern Aegean island, the enormous extent of the devastation caused by the night fire became increasingly evident.

Among the rubble of gutted structures, incinerated tents and blackened containers, Moria was gone. The camp whose overcrowded and unsanitary conditions had generated global outrage since its inception in 201

“At this moment the reception center has been completely destroyed,” Greece’s deputy migration minister, Giorgos Koumoutsakos, told reporters, saying it was miraculous that there had been no deaths or injuries. “As a result, thousands of people are homeless.”

Calling the situation an “unprecedented humanitarian crisis,” the politician said the coronavirus pandemic has created “exceptionally challenging” circumstances on the island, long at the forefront of refugees fleeing war-stricken lands for the West. . Eyewitnesses reported terrified and traumatized residents fleeing the hilltop facility through thick acrid smoke imbued with the stench of burning plastic.

At least three dozen people living in the camp had been diagnosed with Covid-19 before the fire broke out. Local islanders’ fears that the virus could spread were exacerbated when authorities admitted that they had only managed to locate eight by late Wednesday afternoon.

Echoing other government officials who had hinted at an arson, Koumoutsakos said the fire appeared to have broken out “due to discontent” among camp residents over protracted isolation measures following a positive viral test. for a Somali asylum seeker.

Firefighters who rushed to the scene as flames lashed by gale force winds engulfed the camp spoke of the fire igniting in at least three places, suggesting it was deliberately lit.

“It broke out on several fronts,” the head of the Northern Aegean fire brigade, Konstantinos Theofilopoulos, told the ERT television channel. As the teams fought to put out the flames, they had “met with resistance” from refugees who threw stones, he said.

In a national speech, the prime minister, Kyriakos Mitsotakis, told the Greeks that the four-month state of emergency would mean “national funds and all national forces assisting” in the rescue on the island. “I recognize the difficult circumstances,” he said, expressing sorrow for the fire. “However, nothing can become an excuse for a violent reaction to health checks. And, above all, for disorders of this magnitude “.

With the help of the EU, steps would be taken to transform “a bad experience … into a better reality”, insisted the leader. As a border state, Greece has borne “too much burden” in addressing the “European problem” of managing waves of migrants, he said.

In the light of dawn, as firefighters struggled to put out the flames, authorities threw a six-mile cordon around the camp to prevent its former residents from attempting to reach Mytilene, the island’s port city and home. of most of its 85,000 inhabitants. Riot police units were sent for reinforcement from Athens as Mitsotakis called an emergency meeting of the top ministers of his center-right government.

“It’s an atomic bomb,” said Michalis Frantzeskos, the island’s deputy mayor responsible for protecting citizens, referring to the infection rates that could increase in the wake of the devastating fire. “People have headed for the mountains, they are [scattered] everywhere.”

For most of the day, thousands of men, women and children clutching their frugal possessions and under a police guard lined the main road connecting Mytilene with the camp.

The facility, which had been blocked by Covid-19 since March, was more than four times the capacity when hell broke, with nearly 13,000 people living there.

As night fell, it was announced that around a thousand of the most vulnerable refugees with disabilities and health problems would be housed on a ferry as rescuers frantically tried to collect enough tents. Two military ships will also be dispatched to the island by Thursday with around 3,500 tents providing temporary shelter, Greek migration minister Notis Mitarachi told a news conference.

“Moria, as we have known it, cannot continue,” he said, promising that Athens would push ahead with the creation of “closed” detention camps where the movement of people will be monitored more closely.

The prospect of facilities has been deplored by human rights groups.

The European Commissioner for Home Affairs said Brussels will finance the transfer to mainland Greece of around 400 unaccompanied minors hosted in Moria.

Long at the forefront of the refugee crisis, Lesbos has been a magnet for men, women and children moving west from Afghanistan, Syria, Iraq, Pakistan and increasingly West Africa.

Although numbers have dropped dramatically since their peak five years ago, ramshackle boats full of people still arrive from Turkey, bypassing an increase in patrols put in place when Turkish president, Recep Tayyip Erdoğan, promised to “open the doors” to the ‘Europe for hundreds of thousands of refugees.

More than 30 humanitarian organizations, which have repeatedly described Moria as a stain on Europe’s conscience, joined forces on Wednesday calling on continent leaders “to share the responsibility for welcoming and supporting asylum seekers now more than ever” .