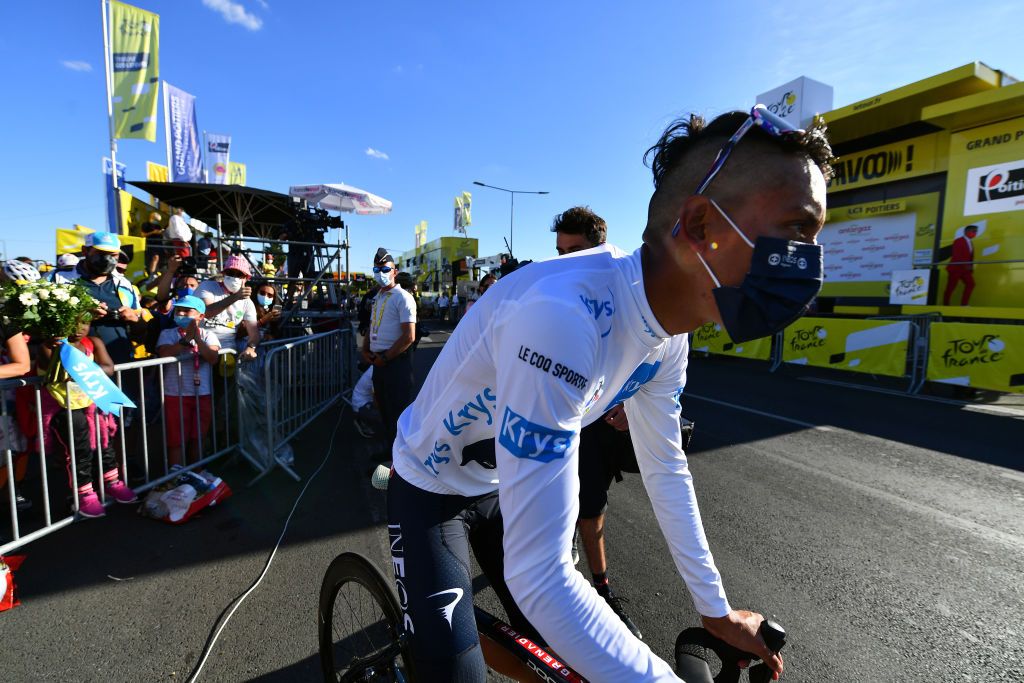 Egan Bernal’s Ineos Grenadiers team, Mitchelton-Scott, AG2R La Mondiale and Cofidis are perhaps just a COVID-19 case away from being expelled from the Tour de France. However, there is still confusion that another positive test on Monday’s second rest day will force them to leave the race.

The positive test on each team understandably left them on a tightrope. Adam Yates of Mitchelton-Scott wore the race leader’s yellow jersey for four days last week and is aiming for stage victories in the mountains, AG2R-La Mondiale team leader Romain Bardet is currently fourth overall, while Cofidis also has a lot at stake with Guillaume Martin in third place overall.

9 and left the race.

It is unclear whether the four staff positive results were confirmed by secondary tests carried out by the mobile test unit created by the Tour de France organizer ASO. An involved team told Cyclingnews that secondary testing was only scheduled for cyclists, with staff instead undergoing a serological blood test to better understand the development and status of their positive COVID-19.

According to the medical protocol agreed for the Tour de France, if a team has two positive cases among its riders and its staff within a seven-day period, it will be out of the race. Before the Grand Départ in Nice, the teams tried to limit the rule to drivers only. However, the French medical authorities canceled an agreement between ASO and UCI and said that two cases in a team bubble of 30 riders and staff would have led to expulsion from the race.

The first tests of the rest day were carried out on Sunday and Monday and the second test series is also expected to be spread over two days. If two positives emerge strictly within the seven-day window, it could trigger the “double strike out” rule and have a radical impact on the Tour de France.

One of the four teams with a positive indicated a Cyclingnews I realized that the seven day period ended before the next series of tests on the second rest day. However, it seems that the French medical authorities want to decide otherwise, with The team suggesting that “if only one member of the four teams has another positive (on the second day of rest), they will have to pack their bags”.

The team used a football analogy and described Ineos Grenadiers, Mitchelton-Scott, AG2R La Mondiale and Cofidis as being on a yellow card, with a second yellow card leading to dismissal.

In theory, if the stricter rule were enforced and an Ineos Grenadiers staff member tested positive in the second round of tests around next Monday’s rest day, the team would have to leave the Tour de France, even if 2019 winner Egan Bernal wore the race leader’s yellow jersey.

Interim race director François Lemarchand, who replaced Prudhomme, told Reuters news agency ahead of the start of stage 11 on Wednesday that teams that received a positive test would be excluded if there was another one from. “next battery test”.

Yet a source said Reuters that organizers can still restore the seven-day window and cancel the “yellow cards” from the first day off after consulting the French government.

“But first, there will be a discussion between the health authorities, the Tour race management and the International Cycling Union to make the decision,” added the source.

The four affected teams were in awe of who failed the tests and when exactly the positive staff member was tested.

Cofidis team manager Cedric Vasseur greeted reporters before the start of stage 11 on Tuesday as he was out of the race bubble.

AG2R-La Mondiale manager Vincent Lavenu was reportedly angry with “those who would like to see a team go”. She said Reuters that the staff member who tested positive had gone home to isolate himself and his roommate was also sent home despite testing negative.

“We have no plans for further testing ahead of the Grenoble test battery,” Lavenu told Reuters. “I don’t think we should add more stress every day to please those who are waiting for a team to be sent off.”

Before the start of the stage on Tuesday, Lavenu said: “Prove that the lucky dive spares no one. You just have to understand that it can happen to anyone. We must not stigmatize anyone because it is a matter of bad luck despite all the measures taken. Four cases out of 660 people tested: the proportion is very low. The measures are not enough to protect the group 100%. Our sport is serious, but no one can be safe. The goal is to finish the Tour with the team in the best mood possible. There is running, but even this heavy weight hangs over everyone. We have to face it. “