Breaking News
Home / US / Trump is taking dexamethasone for his Covid-19. This could be serious, doctors say

Trump is taking dexamethasone for his Covid-19. This could be serious, doctors say 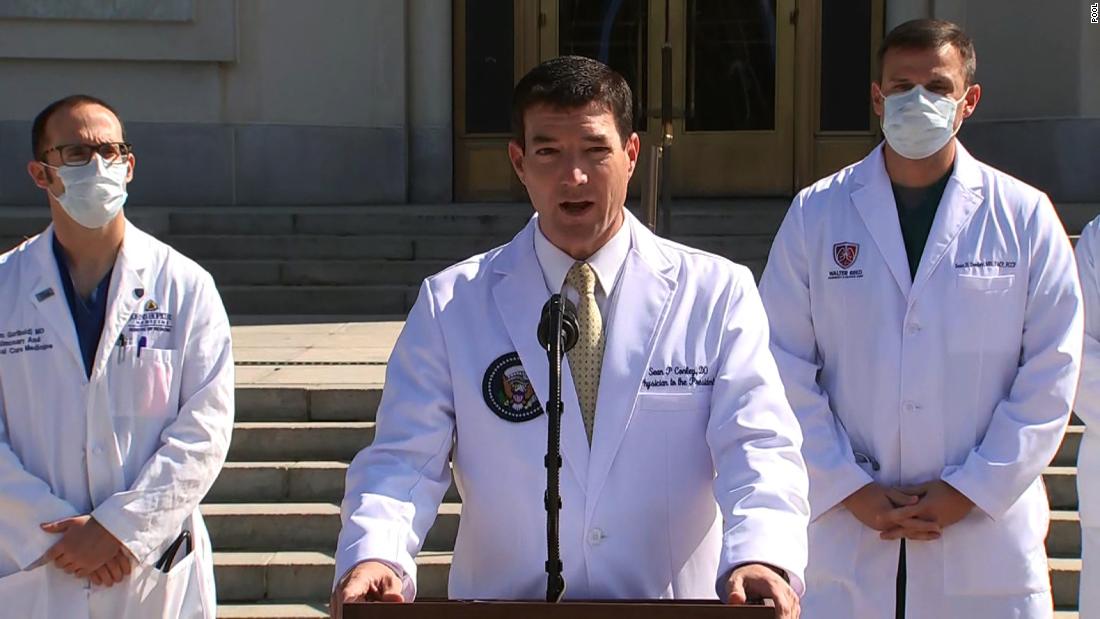 It’s an indication that Trump’s condition is troubling, as the drug shouldn’t be given to anyone who isn’t sick enough to justify the drawbacks of taking steroids, including the fact that it suppresses the immune system.

“We decided that in this case the potential benefits at the start of the course probably outweighed the risks at this time,” Dr. Sean Conley told reporters outside the Walter Reed National Military Medical Center on Sunday.

At least one large randomized trial has shown that coronavirus patients perform better if they are given dexamethasone, a cheap and widely available corticosteroid drug that suppresses dangerous inflammation.

The National Institutes of Health states in its coronavirus infection treatment guidelines that “patients with severe Covid-19 can develop a systemic (whole body) inflammatory response that can lead to lung injury and multisystem organ dysfunction.” . Based on the results of a study, the NIH expert panel recommended giving dexamethasone to patients with Covid-19 who need oxygen.

“The Panel recommends that dexamethasone not be used for the treatment of Covid-19 in patients who do not require supplemental oxygen,” read the NIH guidelines.

In the dexamethasone study, conducted in the UK, around 23% of patients who received dexamethasone died, compared with around 26% of those who did not.

“No survival benefit was found among participants who did not require oxygen therapy at enrollment,” the NIH said.

There is a reason for this: The drug reduces inflammation, but doing so can impair the body’s ability to fight infections.

“In severe pneumonia caused by influenza viruses, corticosteroid therapy appears to cause worse clinical outcomes, including secondary bacterial infection and death,” notes the panel. Therefore patients must be monitored closely while taking medications and the benefits of any treatment should outweigh the risks.

Trump’s doctors said they decided to give him dexamethasone after his oxygen levels dropped twice.

“And after about a minute with only two liters, his saturation levels were back over 95 percent. He stayed on that for about an hour maybe, and it was off and gone,” Conley said.

On Saturday, Trump’s oxygen levels dropped back below 93%. “We looked at it and it came back up,” Conley said.

But the decision was made to give Trump dexamethasone.

“Our plan is to continue like this for the time being.”

Dr. Rochelle Walensky, head of infectious diseases at Massachusetts General Hospital, said the use of dexamethasone has “scratched my head” because it is recommended for people with severe illness. He noted that Trump’s video posted Saturday at Walter Reed Medical Center didn’t appear to show shortness of breath or cough.

“Dexamethasone generally starts when you start worrying that they’re going the wrong way,” Walenksy said. “So what happened today? Either he’s progressed or people say, well, let’s throw the kitchen sink on him.

“It’s not clear to me why they would have given it to him if he didn’t need supplemental oxygen.”

Dr. Carlos del Rio, an infectious disease specialist at the Emory School of Medicine, said dexamethasone should only be given to seriously ill patients. But based on what the president’s doctors have said, Trump could be seriously ill.