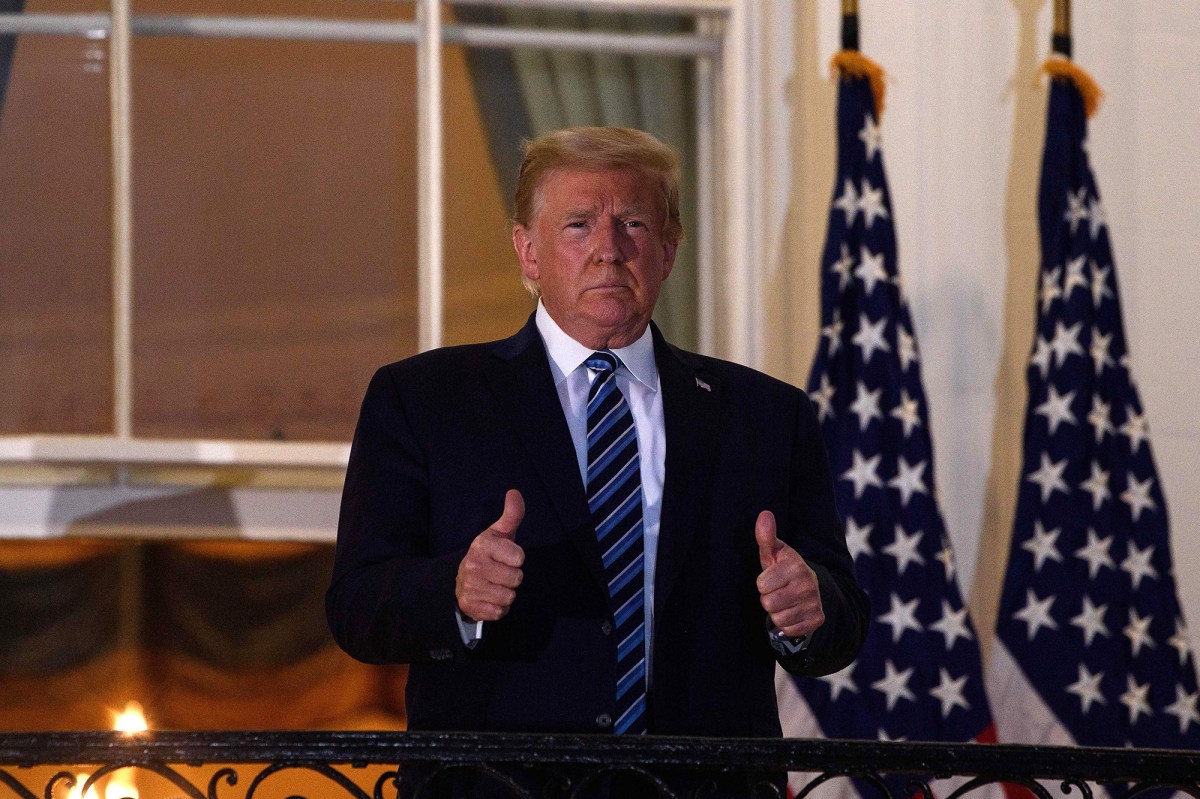 Since his coronavirus diagnosis last week, President Trump has received a variety of cutting-edge treatments, including an experimental infusion of polyclonal antibodies administered last Friday at the White House.

But the president, who returned to the White House on Monday after being treated at Walter Reed National Military Medical Center and reported no symptoms on Tuesday, is also taking a seemingly routine cocktail of over-the-counter supplements and medications.

.04 million worldwide, can the medicines available at Trump’s pharmacy help others treat COVID-19?

“There is no evidence that any OTC drug is active in the treatment or prevention of COVID,” Farber told The Post, adding that patients should always contact their doctors before taking any new supplements.

“I think this [regimen] it is somewhat unique to [Trump]”Farber added.

Here’s what we know so far about these supplements and how they could help treat the potentially deadly bug.

If there’s one pill that stands out for Farber, it’s aspirin. Pain reliever and anticoagulant have long been part of treatment plans for people with histories of heart attacks or strokes.

The coronavirus “greatly increases the risk of spontaneous blood clots,” Farber said. “It is part of the COVID MO.

“People with COVID who are sick should be on some [anti-clotting] drugs, and it could be aspirin, “he added.

A COVID-related aspirin study at Xijing hospital in China earlier this year speculated that early aspirin use “would reduce the incidence of critically ill patients”; however, the results of this study have not yet been published.

Famotidine, more commonly known as the over-the-counter heartburn medicine Pepcid, has also been the subject of recent research.

“Current thoughts are that it could reduce the hyperimmune inflammatory response,” said cardiologist Dr. Raymond McKay, principal investigator of the study, who added that the findings should be considered preliminary and that the specific reasons for these positive findings were still theoretical .

Zinc, an over-the-counter mineral, is known to regulate the immune system and metabolism.

According to preliminary research by doctors working at a Barcelona hospital, patients with lower zinc levels were more likely to die from the coronavirus.

Older people and other people more susceptible to COVID, such as those with heart disease or diabetes, may also have lower zinc levels due to diet or lower absorption levels, according to a recent Wall Street Journal column, “Trump Takes Zinc . Maybe you should too. “

But Farber warns that there is too much of a good thing.

“It can cause toxicity,” he said. Symptoms of too much zinc can include nausea and vomiting, as well as flu-like symptoms of fever, chills, or fatigue.

“Zinc is not entirely benign … especially when taken in large quantities over long periods of time,” he added.

A recent study from the University of Chicago Medicine found a link between vitamin D deficiency and a positive test for COVID-19.

“Vitamin D is important for the function of the immune system, and vitamin D supplements have already been shown to reduce the risk of viral respiratory tract infections,” said David Meltzer, lead author of the study.

Last month, Dr. Anthony Fauci, director of the National Institute of Allergy and Infectious Diseases, recommended vitamin D supplements, which he himself takes, noting that it has “an impact on your susceptibility to infections.”

The hormone melatonin, known to regulate sleep and produced by the pineal gland of the brain, can also be taken as an oral supplement.

Additionally, the hormone has anti-inflammatory and antioxidant qualities.

Researchers at the State University of New York at Buffalo recently started a year-long trial to determine whether melatonin can reduce the severity and stop the progression of COVID-19 when taken while symptoms are mild.

CDC for passengers and workers: Wear a mask when on a plane, train, bus or other public transport