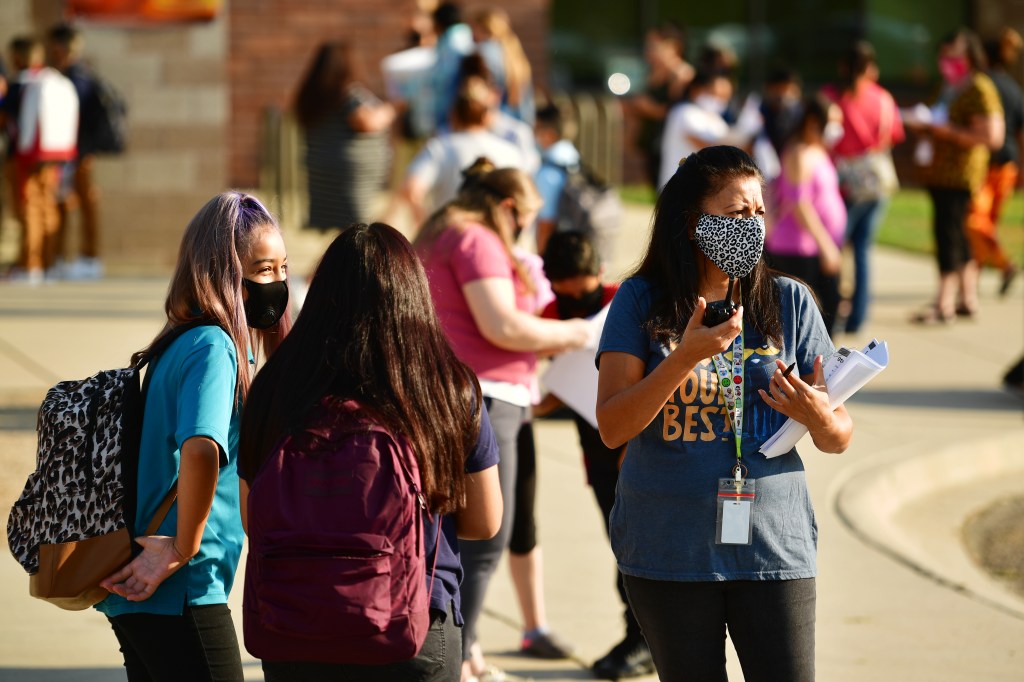 Two other primary and secondary schools have reported COVID-19 outbreaks in Colorado, bringing the total to five since some districts resumed in-person classes in August.

The outbreaks were also linked to two fraternities, including one that previously had nine cases among its residents and guests in July.

The Colorado Department of Public Health and the Environment defines an outbreak as two or more cases linked to the same place or event, within two weeks. If multiple students test positive on the first day of class, it would not be considered a school outbreak.

A new outbreak has also been linked to a private preschool, the Primrose School at Lowry in Denver. Two staff members and one participant tested positive. Another 1

7 outbreaks have been linked to childcare facilities across the state.

The only new college-level epidemics in the past week were related to Greek life organizations. Pi Beta Phi, a sisterhood of the University of Colorado Boulder, reported nine confirmed or probable cases among its residents. Cases are considered likely if students have had coronavirus-like symptoms but have not had a positive test.

Kappa Sigma, a Colorado State University fraternity, reported its second outbreak last week, with 13 confirmed or probable cases among people visiting their home. The previous outbreak, which infected seven residents and two visitors, was only declared over on August 19.

Colorado College reported cases have increased in the past week, with 11 confirmed cases and 21 probable cases. The college switched to online learning on September 1 after identifying 10 student infections.

The largest active outbreaks in the state remained essentially unchanged, with the exception of a Denver nursing home replacing a Colorado Springs nursing home in the top 10:

The totals include both confirmed and probable cases. The state health department declares an outbreak when a position has passed four weeks with no new cases.