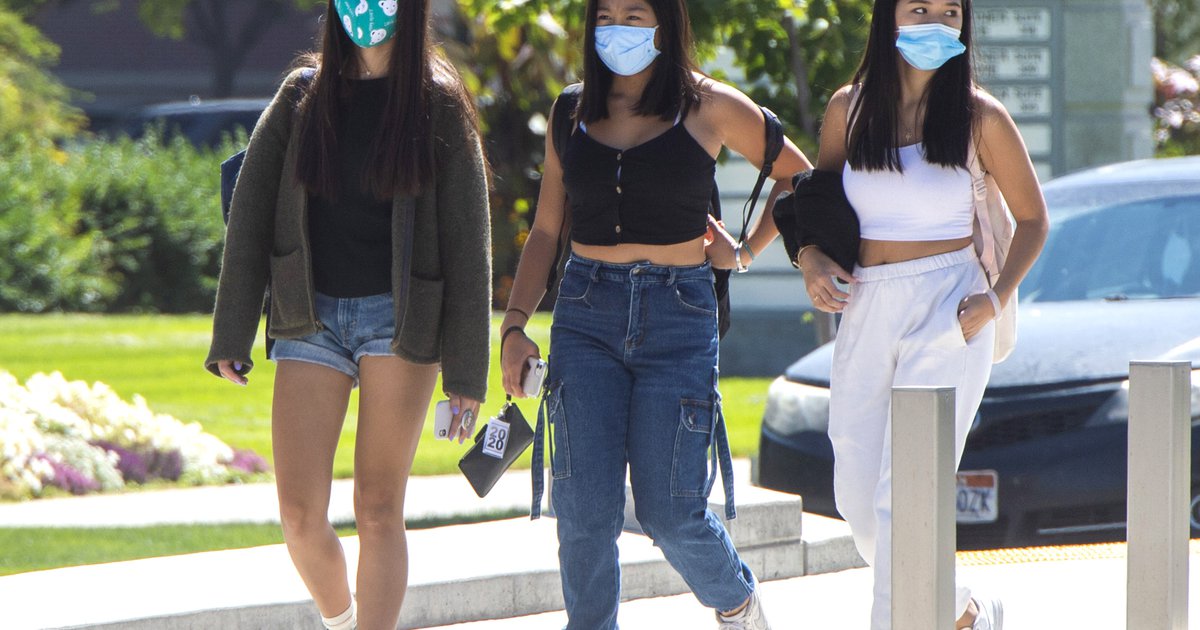 1; suggesting that many infected people are not being tested, state health officials said.

Statewide, the positive test rate in Utah has been more than 5 percent since May 25, according to data from the Utah Department of Health (UDOH). The previous high was 10.57% on July 19.

With 562 new coronavirus cases reported on Tuesday, the new diagnosis rate in Utah remained above the governor’s target of less than 400 cases per day.

Over the past seven days, Utah has recorded an average of 521 new positive test results per day, UDOH said. Governor Gary Herbert had said he wanted the state to drop below 400 new cases per day by September 1, a goal achieved by Utah in mid-August but surpassed again this month.

The virus continued to spread rapidly in Utah County, which recorded 198 new cases on Tuesday, the majority from any county in the state. Over the past seven days, Utah County has recorded an average of 32 new cases per day for every 100,000 people, compared to averages of 16 statewide and 16 in Salt Lake County.

The rise centers around Provo, home of Brigham Young University. Provo has averaged over 70 new cases per 100,000 residents per day; State health officials said college-age young adults make up the majority of recent new cases in the county. Highland and Mapleton have also seen strong increases in the past week, according to county data. Utah County is at the “yellow” or low restriction level; Provo is under a mask order.

New Cases have also increased dramatically in Northern Utah’s Bear River Health District, which includes Utah State University. The school has reported 143 new cases since the beginning of the fall term, 21 of them yesterday. The seven-day average for new cases has more than doubled in less than two weeks, from six per day per 100,000 residents on Sept. 2 to 14 on Tuesday.

Utah’s death toll from coronavirus was 436 on Tuesday, the same as on Monday.

There were 128 patients in Utah concurrently hospitalized, UDOH reported. On average, 124 patients received treatment in Utah hospitals every day for the past week, well below the average peak of 211 patients admitted every day at the end of July.

Since public schools began opening on August 13, there have been 47 school outbreaks, affecting 245 patients, with two new outbreaks and 30 new cases reported on the last day.

Since the start of the pandemic, there have been 290 infected patients in 58 school outbreaks, with an average age of 16. Nine of these patients were hospitalized; nobody died.

Cases appear to be spreading with increasing speed in Salt Lake County primary and secondary schools. In the past two weeks, 235 new cases among students and employees have been reported, with 209 of those reported in the last week.

Of the 59,000 Utahns who tested positive for COVID-19, 49,327 are considered “cured,” meaning they survived for at least three weeks after diagnosis.