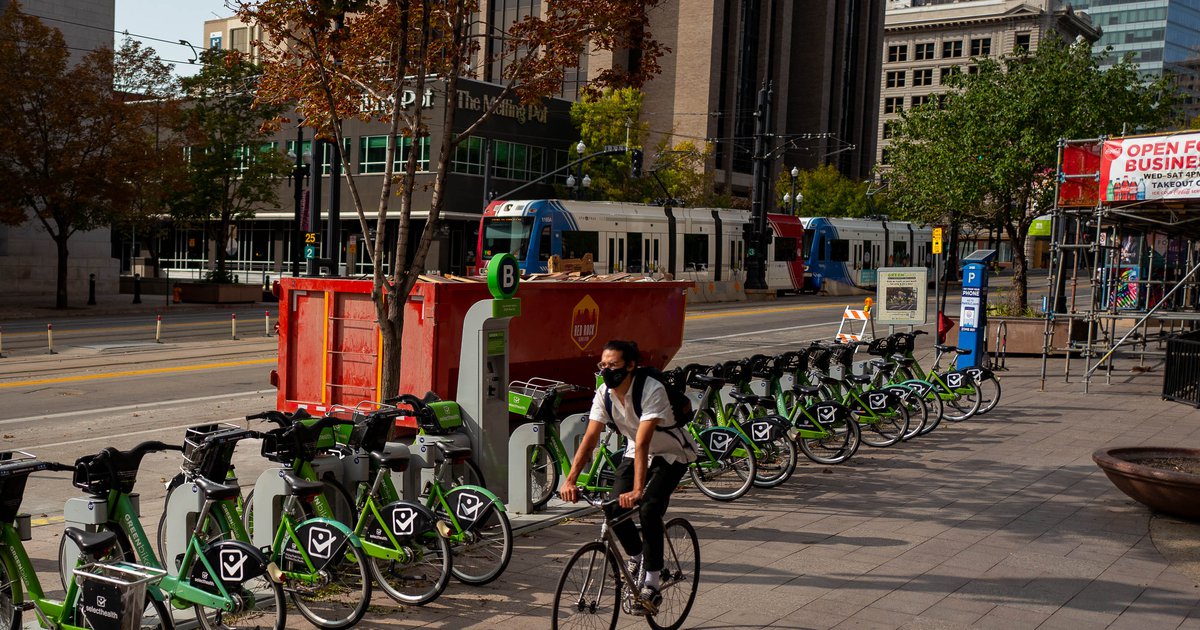 1; the Utah Department of Health said Wednesday. And the peak comes too, with the biggest one-day leap for school-related cases.

The state’s seven-day moving average for new cases – the metric used by public health officials to measure trends – has risen to 585 cases per day. A week ago, that average was 404 per day.

The statewide positive test result rate was a record 11.1 percent on Wednesday, surpassing Tuesday’s record of 10.6 percent, UDOH said in its daily report. A low percentage of positive tests indicates that most infected people are being tested, along with many uninfected people, explained state epidemiologist Dr. Angela Dunn, noting that a 3% positive rate would indicate that the virus is under control.

But only 4,119 tests for the virus were processed in the past 24 hours, UDOH reported. That’s well below the 7,000-test-per-day capacity that Utah labs were processing this summer.

Utah is “currently experiencing a new spike in cases, similar to what we saw earlier this summer,” state epidemiologist Dr. Angela Dunn said in a statement. He reiterated that “we have learned from our experience this summer that wearing masks and practicing physical distancing, along with staying home when sick and washing our hands regularly, can help slow the spread of COVID-19 in our communities.”

By taking these steps, Dunn said, “we can prevent unnecessary death and disease.”

Meanwhile, another Utahn has been added to the state’s death toll, bringing the tally to 437. The person who died was a Salt Lake County man, over the age of 85 and not hospitalized at the time of his death.

The state has attributed much of the recent spikes to the reopening of schools. And on Wednesday, UDOH reported the largest number of school-related cases – 48 – for just one day since students were welcomed back into class starting August 13.

The previous record was 36 cases, reported Monday. Overall, this brings the total number of cases in schools this fall to 293.

State data does not distinguish between elementary and middle schools and universities. But the virus has spread to both. Since reopening, there have been 48 outbreaks across all school campuses in the state, with a new outbreak listed on Wednesday.

One of the biggest contributors was Brigham Young University in Provo, which had 560 cumulative cases this fall as of Tuesday. It has 43,000 students and faculty. The peak came after Friday had previously reported 258 cases, yielding the highest total and fastest spread.

And Salt Lake County, the state’s most populous, recorded 272 of the new cases on Wednesday, the highest in a day since July 25, amid the summer wave. The seven-day average of new cases in Salt Lake County is 211.1 per day.

The University of Utah in Salt Lake City, meanwhile, had 241 cases for a campus of 62,000. It is the second highest college in the state.

For K-12, the Canyons School District has the highest number of total cases in Salt Lake County. Wednesday, he was at 101. And he had a high school – Corner Canyon in Draper – he passed 15 active cases. This is the threshold that the state has recommended for a school to temporarily relocate online classes. But the Canyons District has decided not to; instead he lectures both online and in person, in a hybrid model.

Both Jordan and Granite District have 99 cases each. A high school in Jordan, Riverton High, also exceeded 15 cases.

With cases in all schools in the state, patients have an average age orf 16. Nine were hospitalized; nobody died.

Los Alamos County, New Mexico is the healthiest community of 2020