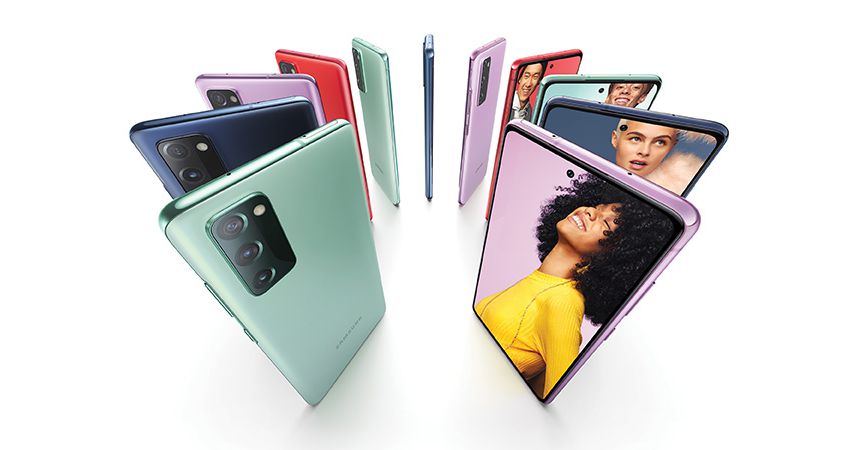 The history of smartphones is full of absolutely horrible phone names. Acer Liquid Zest Plus, HTC ChaCha, LG G8X ThinQ, iPhone 11 Pro Max, Sony Xperia 1 II. And of course, the legendary Samsung Galaxy S II Epic 4G Touch, a stunning display of passwords, numbers and letters that somehow form the full name of one of the best Android phones of 2011.

But nearly nine years later, there is a new champion for the worst name of Android phone of all time: the just announced Verizon Samsung Galaxy S20 Fan Edition 5G Ultra Wideband (or S20 FE 5G UW, for short).

The Samsung Galaxy S20 FE 5G UW: what is it and why is it so amazing? How can I get one? Are there any promotions?
Get all the details here: https://t.co/76oITV4m1

Taken individually, each part of the name makes sense. “Verizon”, the carrier that will sell the exclusive variant of the phone. “Samsung”, the manufacturer. “Galaxy”, the brand name Samsung uses for its consumer hardware. “S20”, the secondary brand for its flagship smartphones of 2020. “5G”, because Samsung started adding the network standard label in product names last year and hasn’t stopped yet, even with the entire S20 line that supports it.

Things start to go sour with “Fan Edition”, the peculiar name Samsung has given to this cheaper version of its phone. It’s a moniker Samsung has used in the past to sell the remaining refurbished Galaxy Note 7 devices following the infamous battery exploding incident in 2016. It’s a strange thing to remind users, to be totally honest.

Finally, there’s the Ultra Wideband / UW label, which isn’t an indication that this phone is trying to create an anime smiley emoticon. Rather, it’s a label affixed to the end to signify support for Verizon’s 5G mmWave network, which the company refers to as “Ultra Wideband” 5G, because nothing is ever simple when it comes to branding. That UW label appears on many Verizon 5G phones particularly because mmWave support is still pretty rare on many 5G devices, requiring device manufacturers to create bespoke (and often more expensive) models exclusively for Verizon, which currently only offers mmWave 5G.

It’s been a long journey to get to this point of a new champion name, almost as long as it takes to say out loud Verizon Samsung Galaxy S20 Fan Edition 5G Ultra Wideband. But if the history of smartphones is anything to build upon, it will only be a matter of time before another, even longer, more ridiculous phone arises to take the crown.