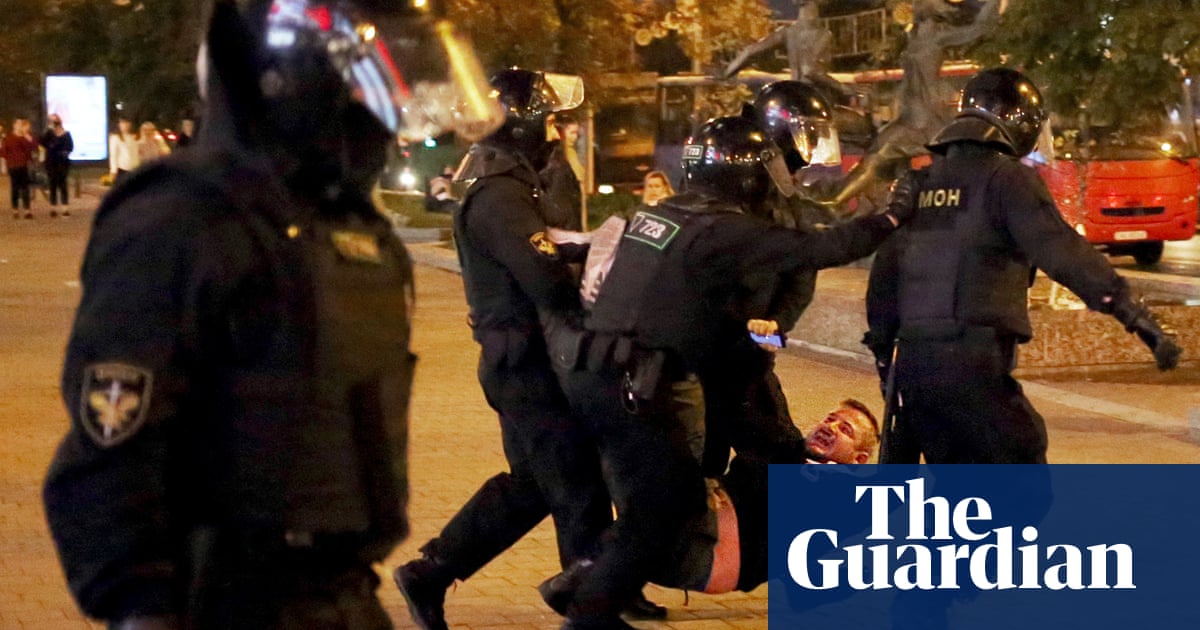 The 16-second video clip, filmed by a Euroradio.fm reporter, features a film-like chase and escape that took place in a residential area of ​​Minsk on Wednesday night as crowds protested against what they said was the inauguration. Lukashenko illegitimate.

The video shows a young man being chased by police officers in riot gear, who then manages to jump into a taxi.

The taxi driver, who seemed to be waiting for the lights to change, then apparently judges in a split second, zigzags around another car, briefly climbing onto the sidewalk before driving off at full speed despite the angry shouts of the cops.

Police in Belarus on Wednesday arrested 364 people during anti-government protests, according to the country’s interior ministry. Protesters accuse Lukashenko, who has led his country for 26 years, of rigging the presidential elections on 9 August, an accusation he denies.

Lukashenko, 66, was sworn in for a new term in an unannounced inauguration denounced as illegitimate by the opposition, the European Union and the United States.