Breaking News
Home / World / Was the popular New York Times podcast based on a lie?

Was the popular New York Times podcast based on a lie? 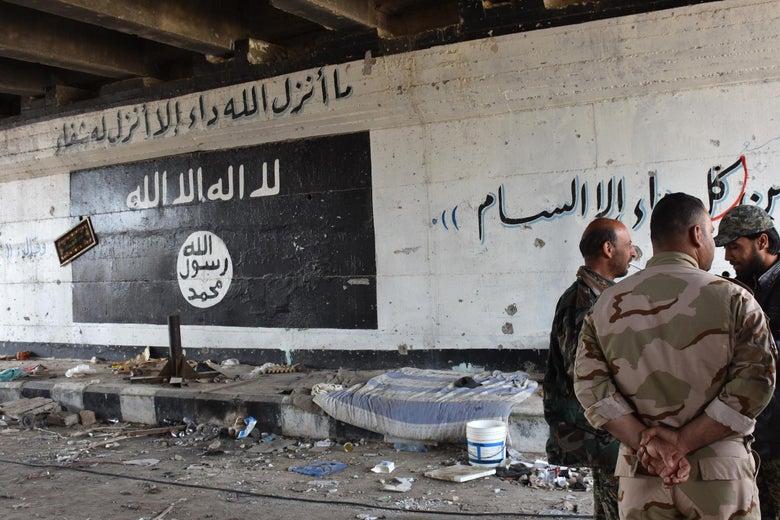 From April to June 2018, The New York Times ran a 10-part podcast series, titled Caliphate, in which journalist Rukmini Callimachi discussed her reports on ISIS fighters, as well as her many trips to Syria and Iraq. When the podcast was released, many in Canada were shocked to hear the voice of a young Canadian, who claimed he had fought for ISIS and then returned home to Canada. The man identified as Abu Huzayfah, yours kunya or nom de guerre, at times he seemed thoughtful and sorry, but at other times he seemed to betray his continued admiration for jihadism and the ISIS caliphate. Even worse, he admitted to Callimachi that he carried out executions while he was a member of the group. He went on to do many more interviews with Canadian media who confessed to various terrorist offenses.

Last week, however, all this media attention returned to haunt him. The Royal Canadian Mounted Police (RCMP), after a lengthy investigation into his alleged period with ISIS, arrested Huzayfah, accusing him of Hoax-Terrorist Activity. The implication of this accusation is that he made it all up, and he did it intentionally to “generate fear in our communities and create the illusion that there is a potential threat to Canadians.”

Whether this can be proven or not, Huzayfah’s claims and their reporting have had a direct impact on the radicalization debate in Canada and elsewhere.

Shortly after the podcast’s release, the Canadian political establishment exploded at the prospect of an ISIS fighter walking casually through the streets of Toronto. The opposition Conservative Party went so far as to file a motion in Parliament, asking the government to come up with a strategy for dealing with Canadians who had traveled overseas to join or support ISIS, including women and children. In an election year, the government replied that returnees would be prosecuted where possible but that it had no obligation to facilitate the return of detained citizens to Syria. This was very different from Prime Minister Justin Trudeau’s refrain during a 2015 debate on the government’s right to revoke the citizenship of ISIS fighters: “A Canadian, he’s a Canadian, he’s a Canadian.”

Reports also made it clear that in early 2018, Canadian officials were in contact with the Kurdish leadership about some sort of repatriation plan for Canadian ISIS fighters and family members in their custody following the loss of territory from part of ISIS, but this plan was quickly and mysteriously shelved in May 2018 afterwards Caliphate had started airing.

It is no exaggeration to say that the Huzayfah case – the podcast, and also the idea that people who carried out executions for ISIS could return to Canada and evade the prosecution – profoundly influenced the political debate on whether to repatriate men. , women and children in Kurdish custody. To date, Canada has refused to repatriate a single person from northeastern Syria, not even a five-year-old orphan named Amira. No other liberal democracy can match Canada’s abysmal record on this issue.

Despite the damage Huzayfah’s claims have caused, proving that he has committed a crime will not be easy. First, prosecutors will have to prove a negative – that he did not do the things he claimed – which, given Canada’s far-reaching disclosure obligations, could mean having to disclose how the security services confirmed the lie. Second, prosecutors will have to prove beyond reasonable doubt that Huzayfah’s false comments created a reasonable fear of fear that death, personal injury or property damage would result from terrorist activities. This means that his alleged misrepresentations about what he has done in the past would cause fear future damage. Finally, the Crown must prove beyond reasonable doubt that Huzayfah made those statements with the intent to provoke that fear.

This latter requirement seems to contradict what we personally know of his actions.

One of the authors of this piece (Amarasingam) has been in frequent contact with Huzayfah since December 2016, as a researcher but also as someone working on the reintegration of former extremists, and attempted to find religious leaders and advisers to talk to. . These intervention providers spent months of their time talking to Huzayfah, taking him out to lunches and coffee, providing him with reading material, encouraging him to focus on school, work, and so on. It is not entirely clear why he would have accepted all these private interventions if, as the RCMP argues, his intent was to create fear and anxiety in the public.

Furthermore, it is not clear what the public interest is in prosecuting Huzayfah for this crime now. The RCMP statement emphasizes the need for reporting and deterrence: reporting crime and preventing people from making such claims in the future. Putting aside the fact that we have long known that criminal sanctions are an ineffective form of deterrence, claiming to have committed terrorist offenses to multiple journalists would seem to suggest a lack of concern about the criminal consequences. It’s hard to believe that the risk of facing a terror hoax charge would skew this calculation for others contemplating similar conduct.

The other reason offered by the RCMP is that Huzayfah’s alleged false claims forced the security services to spend time and resources investigating his activities. However, some of his posts on social media platforms detailing his time in Syria should have been enough to get RCMP to look into his conduct. The fact that investigators apparently spent a lot of resources also suggests that there was a certain level of credibility in his claims and concern regarding his participation with ISIS. But there is nothing in Canadian law that justifies prosecuting anyone simply because officials did their job and cleared them of prosecution.

This case also paints a bad picture for the government of Canada. Apparently, officials aren’t ready to do the job of returning and prosecuting ISIS members who committed atrocities overseas or reintegrating innocent Canadian children, but they will do what they can to prosecute wannabes who make them look bad.

Readers like you make our work possible. Help us continue to provide reports, comments and critiques you won’t find anywhere else.