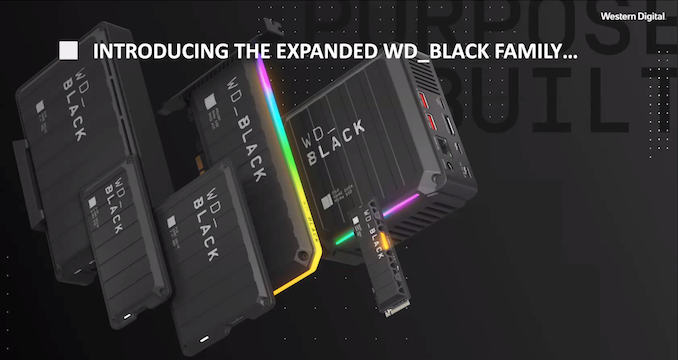 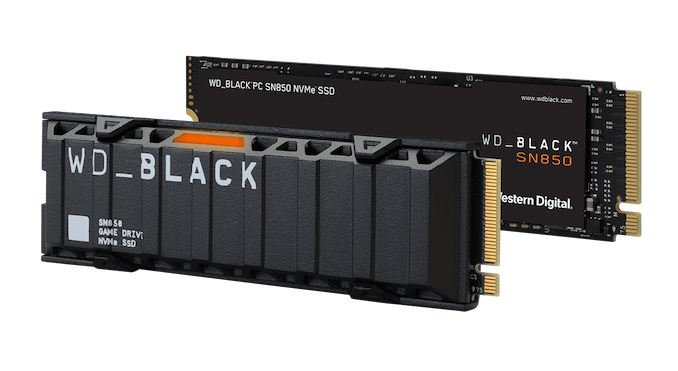 The new WD Black SN850 is Western Digital’s first PCIe 4 SSD and the successor to their WD Black SN750. The SN850 features Western Digital’s second-generation internal NVMe SSD controller and can achieve speeds of 7GB / s (sequential) and 1M IOPS (random). The SN850 will initially be available as a standard M.2 NVMe SSD, suitable for gaming PCs and is expected to work in the upcoming Sony PS5. Western Digital is also working on a version of the WD Black SN850 that will add a heat sink and RGB lighting. The simple M.2 version will hit the market later this fall in capacities from 500GB to 2TB, while the RGB + heatsink version probably won̵

7;t be ready until next year.

For desktop gamers that only support PCIe Gen3 speeds, Western Digital is introducing a new high-end SSD option. The WD Black AN1500 PCIe 3 x8 Add-on Card SSD puts two of their SN730 SSDs (OEM equivalent of the SN750) into a RAID-0 configuration for higher performance and capacity. The AN1500 uses the Marvell 88NR2241 NVMe RAID chip, which we talked about earlier this week as part of HPE’s new RAID1 card for server boot drives. With this hardware RAID capability, the AN1500 operates as a single drive with a PCIe 3.0 x8 uplink that allows for 6.5GB / s read speeds and 4.1GB / s write speeds. Since the AN1500 internally uses a pair of SN730 / SN750 M.2 SSDs, the capacities of the AN1500 are doubled: the smallest model is 1TB and the largest option is 4TB. The card is protected by a substantial aluminum heat sink and backplate that match the recent WD_BLACK design language, including customizable RGB lighting around the edge. 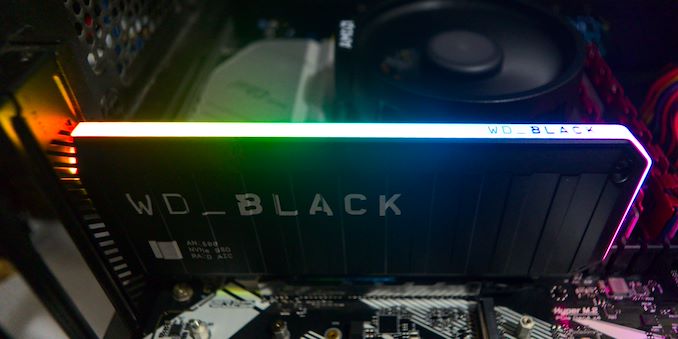 There are single-chip NVMe SSD controllers that support a PCIe 3 x8 interface, but are only used in high-end enterprise SSDs. This means the WD Black AN1500 is the first consumer NVMe SSD capable of using an 8-lane interface, without the hassle of software RAID used by competing NVMe RAID solutions. The AN1500 does not require support for PCIe port bifurcation from the host system and is also usable (with reduced performance) in PCIe slots that only provide four PCIe lanes.

The WD Black family of products for external storage is also becoming a new member. The current range consists of the P10 portable hard drive, P50 portable SSD and D10 desktop 3.5 “external hard drive. The obvious gap is a desktop oriented external SSD, but the new Western Digital WD Black D50 goes a little further: rather than simply providing Thunderbolt-connected NVMe storage, the D50 is a full-featured Thunderbolt 3 dock that provides a variety of port expansion. a dock-only version without None of the three models are intended to allow the user to upgrade the storage space Obviously there is customizable RGB lighting. 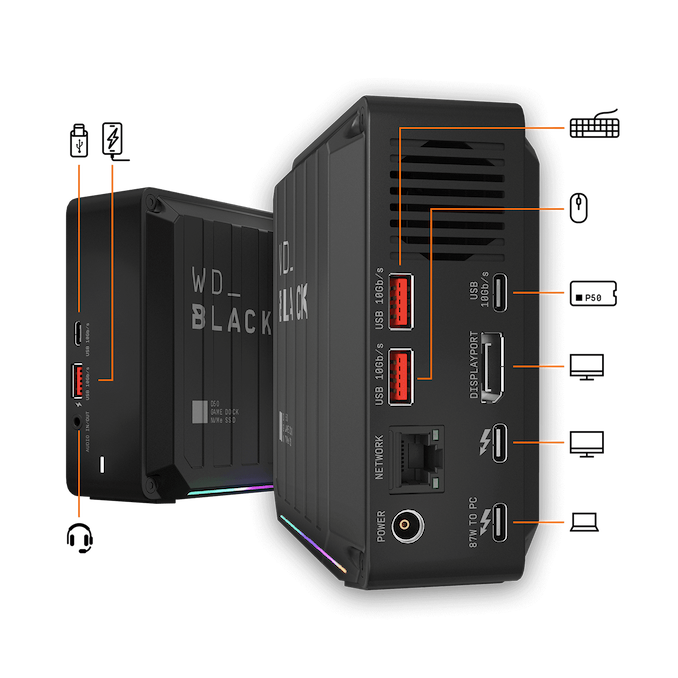 Natural competition from the WD Black D50 will be Seagate’s similar FireCuda Gaming Dock. The Seagate dock comes with a 4TB hard drive and an empty M.2 PCIe slot to allow the user to install the SSD of his choice and a little more ports. The WD Black D50 Game Dock is smaller overall, supplies power to a connected laptop, and is designed to be used in portrait orientation – it has a weighted base to keep it upright. 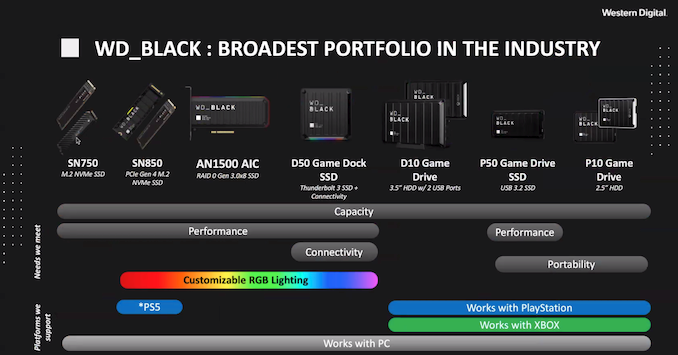 As Western Digital continues to shift its WD Black branding towards a specific focus on games, products have inevitably been infected with RGB lighting. Western Digital’s WD_BLACK Dashboard software for Windows can control these lighting elements, but Western Digital is also working to integrate with other RGB control systems. They currently support Gigabyte RGB Fusion 2.0, MSI Mystic Light Sync and ASUS Aura, and support for Razer Chroma RGB will be available soon.