What is causing climate change, in 10 graphs 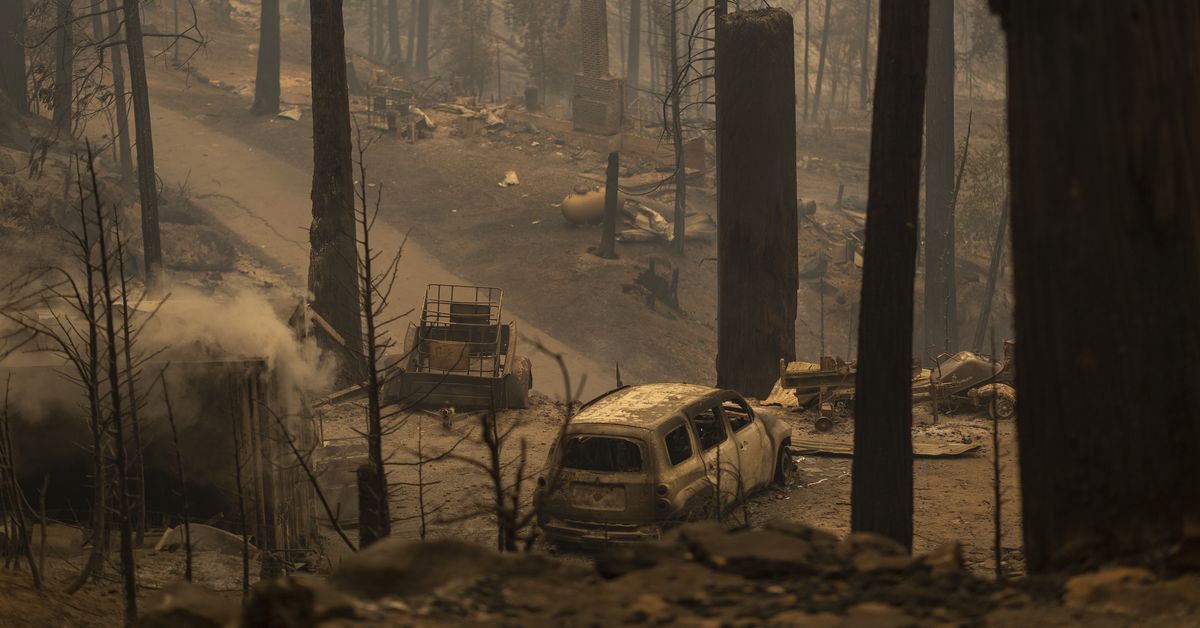 With heat waves, wildfires, intense hurricanes, and other extreme weather events making headlines, the ravages of climate change have become undeniable and inevitable. Who or what is responsible for it?

It sounds like a simple enough question, but like so many things about climate change, it gets more complicated the more you look inside. It turns out that there are several ways to spread the blame.

To illustrate the point, I borrowed some charts from a recent research note from the Morgan Stanley investment firm (with permission). They help distinguish who emits now from who emitted in the past, who emits more and less over time, and which fuels and assets are driving change. None of this data is original ̵

1; it’s all public – but putting these graphs in one place can help us understand the many different ways in which questions about responsibility for climate change can be formulated.

What question do we ask ourselves when we ask who is to blame for climate change?

If the question is which country currently emits the most greenhouse gas emissions, the answer is China.

If the question is which country or region emits the most greenhouse gases, the answer is … still China, but “Other Asia” is coming fast (even as Europe declines).

If the question is which country emits the most greenhouse gases on a per capita basis, the answer is Americans, by a fairly large margin. (Canada and Australia also have high per capita emissions, as do some Middle Eastern countries, not in this chart.)

If the question is which region or country is responsible for most of the greenhouse gases already in the atmosphere, for a long time the answer has been Europe …

… but these days it’s a link between North America and Asia, with Europe in third place, according to Our World in Data.

If the question is which single country is responsible for the most emissions, it is the United States, nearly twice as much as its closest competitor, China.

Animation: the countries with the largest cumulative CO2 emissions since 1750

If the question is which country or region is moving faster in the right direction, the answer is Europe. (Look at China: is it a peak or a lull?)

If the question is which fuel has contributed most to climate change, the answer, starting in the 21st century, is coal, followed by oil and natural gas.

If the question is which economic sector contributes the most to greenhouse gases, the answer is electricity and heat.

This chart from Our World in Data makes it even clearer that, globally, the growing demand for electricity and heat is the main driver of emissions, with transportation increasing in a distant second.

(Note that in the United States the situation is slightly different: emissions from transportation are increasing and emissions from the electricity sector are decreasing. The lines have recently been crossed.)

The story told by the data

The story told by these graphs is familiar to people who have been following climate change for a while. Fossil-fueled industrial development arrived in the EU, then North America, and just as it was starting in China, the world discovered that, oops, this development will destabilize the atmosphere and potentially devastate the biosphere. What’s more, the amount of greenhouse gases already in the atmosphere means that humanity’s remaining carbon budget is dangerously low. The development model with a proven track record of success has proved extremely dangerous if it continues as in the past.

This is a crude deal for China, as well as for India, Vietnam, and other countries seeking to elevate their citizens to the level of well-being and comfort afforded to those in the West. At the same time, it is mainly emerging economies that face the greatest risks of climate change, so they simply have to change course, at their own risk.

In this mess of a situation, the answer to the question of responsibility for climate change is always yes, and. Yes, North America and the EU should recognize their historic responsibility for emissions. They used up most of the carbon budget, developing in a way that is now off limits to the world’s billions of poor people. In exchange for this good fortune, they have an obligation to help the world’s emerging economies transition to sustainable development and increase their resilience to climate damage.

And China, India and other developing nations have a responsibility to see that, for better or worse, they are in the place of climate leaders in the next century and that every little fossil fuel-powered development generates more. suffering over the century.

North America and the EU owe the world some space (and some help) to improve their standard of living; the rest of the world must try to separate well-being from the consumption of materials and waste.

Ultimately, the accountability conversation leads where all climate conversations lead: the only hope of avoiding catastrophic damage is for nearly all countries to decarbonise as quickly as possible, regardless of their histories and rivalries.

Electricity must be rapidly decarbonised to eliminate coal; heating and transportation must be rapidly electrified to eliminate oil and natural gas. Rich countries should mobilize to reduce the costs of clean energy technologies through large-scale research and deployment; Developing nations should work as hard as possible to replace clean technologies when making long-term industrial and infrastructure policy decisions. And those with resources should help those with fewer resources prepare for the turbulent century to come.

Whoever is to blame, either we all help solve it or we all suffer.

Millions of people turn to Vox every month to understand what’s happening in the news, from the coronavirus crisis to a racial showdown to what is, quite possibly, the most consequential presidential election of our lives. Our mission has never been as vital as it is right now: empower you through understanding. But our hallmark of explanatory journalism requires resources. Even when the economy and the news advertising market recover, your support will be a vital part of supporting our resource-intensive work. If you have already contributed, thank you. If not, consider helping everyone make sense of an increasingly chaotic world: Contribute today starting at as little as $ 3.