Breaking News
Home / Science / Where does the Milky Way come from? Scientists may have found the answer 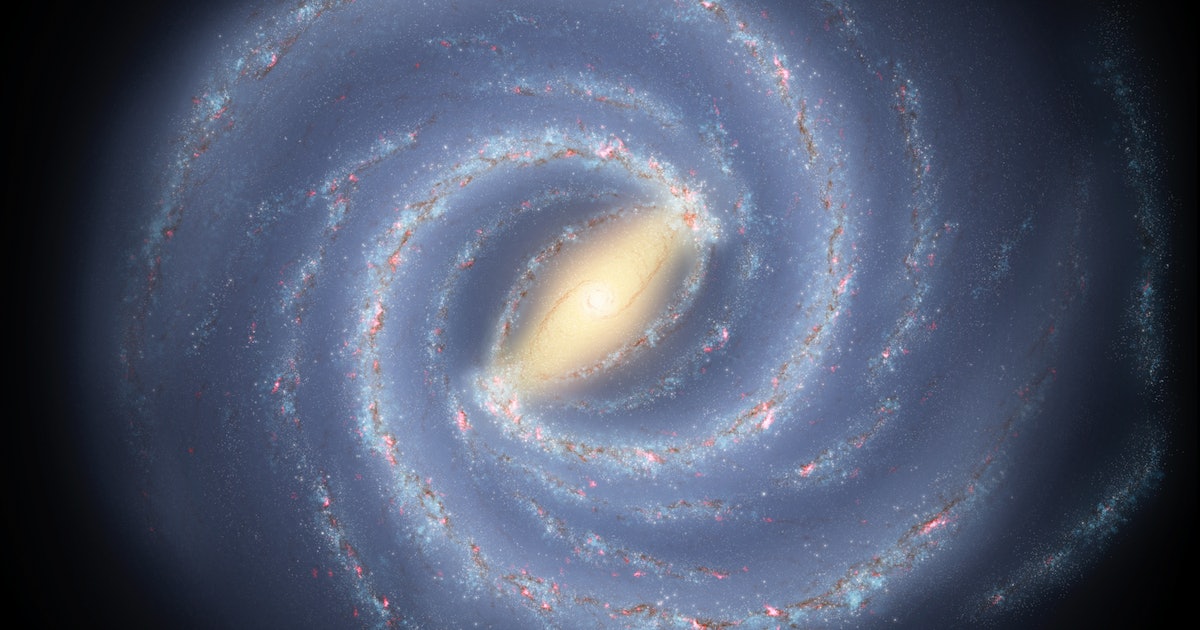 Bob Benjamin was observing the Milky Way when he noticed something strange.

The professor in the astronomy department of the University of Wisconsin-Madison, and co-author of a new study, saw a red, slanting structure going through a hole in the dust in the dark center of the galaxy.

The inclined disk – This strange structure is made up of ionized hydrogen gas, or gas with sufficient energy to separate its electrons from atoms or molecules, evident through the red glow of light. The phenomenon became known as Tilted Disk, due to how it looks tilted relative to the rest of the Milky Way, but scientists have been unable to explain how it formed. The scientific community got its answer when a team of astronomers had the rare opportunity to scan the tilted disc using optical light, which allowed them to observe its mysterious ionized gas.

Their research is in an article published in the magazine last week Science Advances, and contains clues on how what feeds the Milky Way.

The reason astronomers are baffled by the tilted disk is the amount of ionized hydrogen gas that requires a continuous source of energy to keep the electrons separate and have not identified the energy source.

The study found that 48 percent of the hydrogen in the center of the Milky Way was ionized by an unknown source.

Matthew Haffner, assistant professor of physics and astronomy at Embry-Riddle and co-author of the study, explains that when it comes to ionized gas, seeing is knowing.

“Without a continuous source of energy, free electrons usually find each other and recombine to return to a neutral state in a relatively short period of time,” said Haffner in a research statement. “Being able to view ionized gas in new ways should help us discover the types of sources that could be responsible for keeping all that gas energized.”

To identify the source of energy, astronomers observed the disc tilted through one of the empty patches of dust and gas in the center of the Milky Way. They used the Wisconsin H-Alpha Mapper (WHAM) telescope located at the Inter-American Observatory of Cerro Tololo in Chile:

“The ability to perform these measurements in optical light has allowed us to compare the core of the Milky Way with other galaxies much more easily,” said Haffner.

Near the core of the Milky Way, the gas is ionized by the energy emitted by the newly formed stars that are born in the galaxy. However, further away from the center of the galaxy, the gas is similar to that found in a class of galaxies called LINER, or low ionization (nuclear) regions.

LINER galaxies make up about a third of the galaxies in the universe and their centers have more radiation than galaxies that are only forming new stars, but less radiation than those with active supermassive black holes.

“Before this WHAM discovery, the Andromeda galaxy was the closest LINER spiral to us, but there are still millions of light years left,” said Haffner. “With the Milky Way core only tens of thousands of light years away, we can now study a LINER region in more detail.”

“Studying this extensive ionized gas should help us learn more about the current and past environment at the center of our Galaxy.”

Now that researchers have characterized the Milky Way galaxy based on the level of radiation it emits at its center, the next step is to discover the mysterious source of energy that is ionizing the gas. For this, they will wait for the successor of the WHAM telescope, which would allow them to scan the gas in more detail.

Abstract: Optical emission lines are used to classify galaxies into three groups based on their dominant central radiation source: active galactic nuclei, star formation or low ionization (nuclear) emission regions [LI(N)ERs] which can trace ionizing radiation from older stellar populations. Using the Wisconsin H-Alpha Mapper, we detect the emission of optical lines in low-extinction windows within eight degrees of the Galactic Center. The emission is associated with the “inclined disk” of 1.5 kiloparsec of neutral gas. We modify a model of this disk and find that the observed hydrogen gas is at least 48% ionized. The report [NII] λ6584 angstrom / Hα λ6563 angstrom increases from 0.3 to 2.5 with galactocentric radius; [OIII] Sometimes angstroms λ5007 and angstroms Hβ λ4861 are also detected. Line ratios for most target lines of the inclined disk are characteristic of LI (N) ER galaxies.

Climate change scientist died after falling into a crevasse

NASA shows the most amazing images of Mars you can download