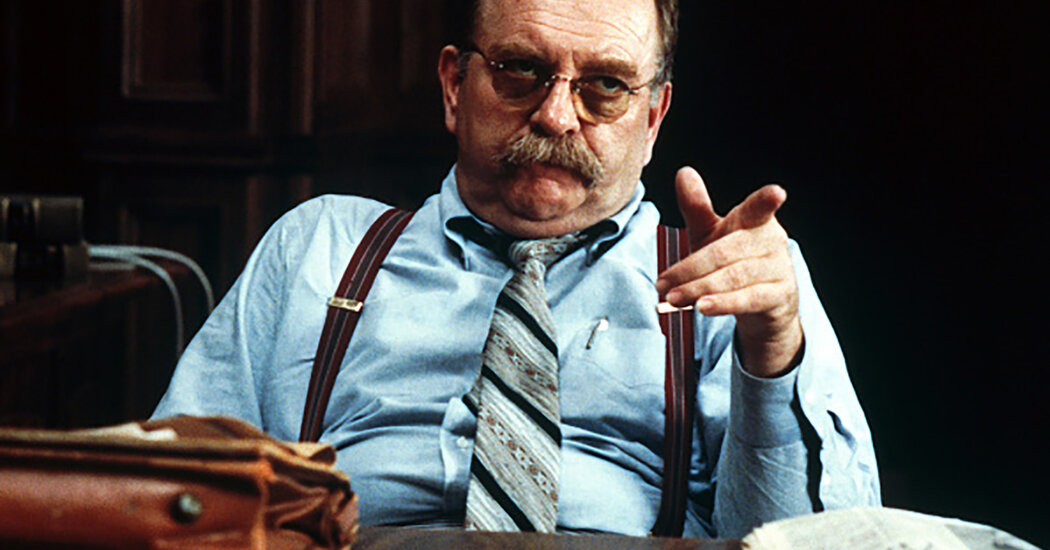 When interviewed, Mr. Brimley diminished his talent; he described himself as “just a boy, just a fanatic” of The Powell Tribune of Wyoming in 2014. “I can’t talk about acting,” he said. “I don’t know anything about it. I was lucky enough to be hired.”

Anthony Wilford Brimley was born on September 27, 1934 in Salt Lake City. His father, a real estate agent, sold the family farm in 1939 and moved his family to Santa Monica, California.

Tony, as he was known, left school at 14 and worked as a cowboy in Idaho, Nevada and Arizona before joining the Marine Corps, which sent him to the Aleutian Islands. After leaving the service, he worked as a ranch, wrangler and locksmith. In short, he was a bodyguard for Howard Hughes.

He began to wear horses for television and western films, and gradually took on non-speaking roles on horseback. He appeared as a stuntman in “Bandolero!”, In an uncredited role in “True Grit” and as a blacksmith in the TV series “Kung Fu”.

After “The China Syndrome”, he worked constantly. He played Harry, the former manager of the country singer played by Robert Duvall, in “Tender Mercies” and the eccentric tycoon Bradley Tozer in Tom Selleck’s adventure film “High Road to China”, before returning to the role of Ben Luckett in “Cocoon: The Return.”

From 1986 to 1988 he played the role of Gus Witherspoon, the opinionated but lovable grandfather of the NBC series “Our home”, once again confusing the usual aging process of Hollywood playing in his early 50s a 65 years.

“I am never the protagonist,” he told the Dallas Morning News in 1993. “I never had a girlfriend. And I can never take off my shirt. I started playing fathers with boys who were 25 years older than me.” .