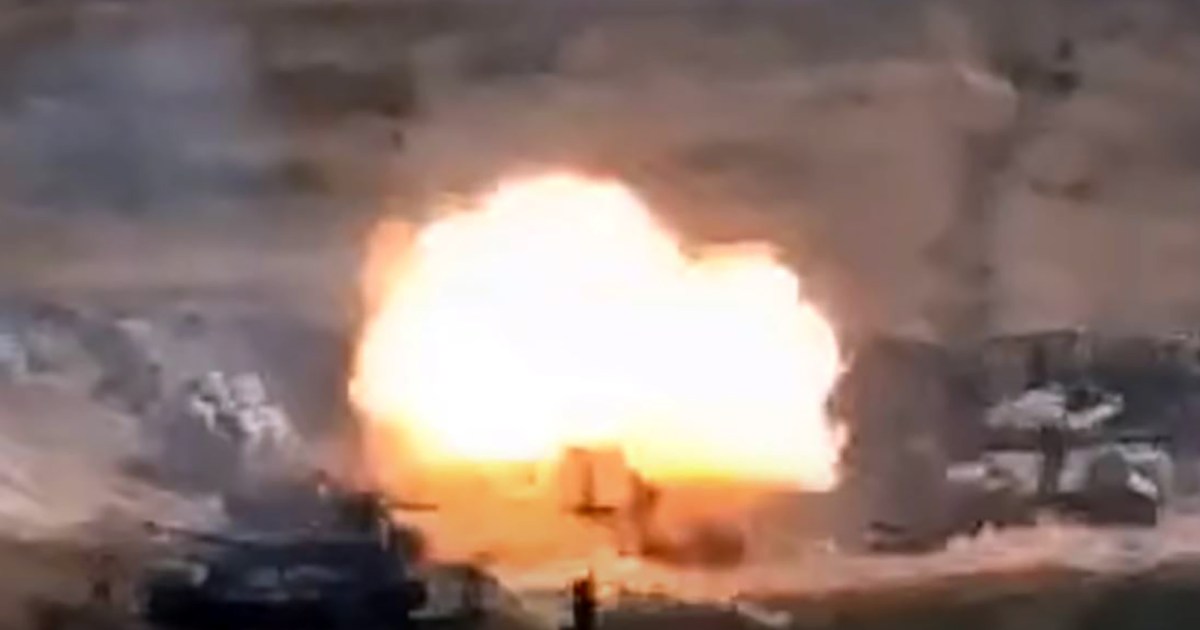 International pressure was mounting on Armenia and Azerbaijan to stop fighting after at least 24 people were killed on Sunday in the heaviest clashes between the two countries since 2016.

The clashes between the two former Soviet republics, which fought a war in the 1990s, were the latest flare-up in a long-lasting conflict over Nagorno-Karabakh, a separatist region inside Azerbaijan, but it is run by ethnic Armenians.

“We are tired of the threats from Azerbaijan, we will fight to the death to solve the problem once and for all,”

; Artak Bagdasaryan, 36, told AFP news agency in Yerevan, 36, adding that he was waiting to be drafted into the army.

Karabakh separatists said an Armenian woman and a child were killed, while Baku said a family of five Azerbaijani people died in the bombing launched by Armenian separatists.

Azerbaijan claimed to have captured a strategic mountain in Karabakh which helps control transport communications between Yerevan and the enclave.

The clashes sparked a flurry of diplomacy to reduce tension in a decade-long conflict between Christian-majority Armenia and mainly Muslim Azerbaijan amid fears that violence might get out of control.

“We are one step away from a full-scale war,” Olesya Vartanyan of the International Crisis Group told AFP.

“One of the main reasons for the current escalation is the lack of any proactive international mediation between the parties for weeks,” he added.

President Donald Trump said on Sunday that the United States would try to end the violence.

“We are looking into it very carefully,” he said at a news conference. “We have a lot of good relationships in that area. We’ll see if we can stop it. “

The US State Department condemned the violence in a statement, calling for an immediate halt to hostilities and any rhetoric or other actions that could worsen the situation.

US Democratic presidential candidate and former Vice President Joe Biden said in a statement that hostilities could escalate into wider conflict and urged the Trump administration to push for more observers along the ceasefire line and for Russia to “stop. to cynically supply arms to both sides. “

Nagorno-Karabakh broke away from Azerbaijan when the Soviet Union collapsed in 1991 after the fighting that killed 30,000 and forced many others to leave their homes.

Although a ceasefire was reached in 1994, Azerbaijan and Armenia often accuse each other of attacks around Nagorno-Karabakh and along the separate Azerbaijani-Armenian border.

“We stand strong alongside our army to protect our homeland from the Azerbaijani invasion,” Armenian Prime Minister Nikol Pashinyan tweeted.

Azerbaijan denied a statement by the Armenian Ministry of Defense that Azerbaijani helicopters and tanks had been destroyed and accused the Armenian forces of launching “deliberate and targeted” attacks along the front line.

“Let’s defend our territory, our cause is just!” Azerbaijani president Ilham Aliyev said this in a speech to the nation, echoing Joseph Stalin’s words at the outbreak of World War II in Russia. “Karabakh is Azerbaijan,” he said.

Both Armenia and Karabakh have declared martial law and military mobilization. Azerbaijan has imposed military rule and a curfew in large cities.

#NagornoKarabakh: no more violations of the ceasefire or border accidents. The war is resuming. It is time for Russia, France and the United States, individually and jointly, to stop it.

Turkey said it was talking to members of the Minsk group, which acts as an intermediary between Armenia and Azerbaijan. Russia, France and the United States are co-presidents.

Russian President Vladimir Putin spoke on the phone with Pashinyan but no details about the conversation are available and Turkish President Recep Tayyip Erdogan spoke to Aliyev.

Erdogan, pledging support to Azerbaijan’s traditional ally, said Armenia is “the greatest threat to peace in the region” and called on “the whole world to stand with Azerbaijan in their battle against invasion and cruelty “.

Pashinyan responded, accusing Turkey of “dangerous behavior” and urging the international community to ensure that Turkey is not involved in the conflict.

UN Secretary General Antonio Guterres said he was “extremely worried” and called on the parties to stop fighting and return to talks.

The European Union, the Organization for Security and Cooperation in Europe and Pope Francis have also urged both sides to stop military action and return to negotiations.

Azerbaijan has pledged to reclaim the territory, by force if necessary, while Armenia said it will do everything it can to defend the area.

Richard Grenell continued talks on Maduro, the change of power in Venezuela