World space agencies are looking to deflect an asteroid (harmless) 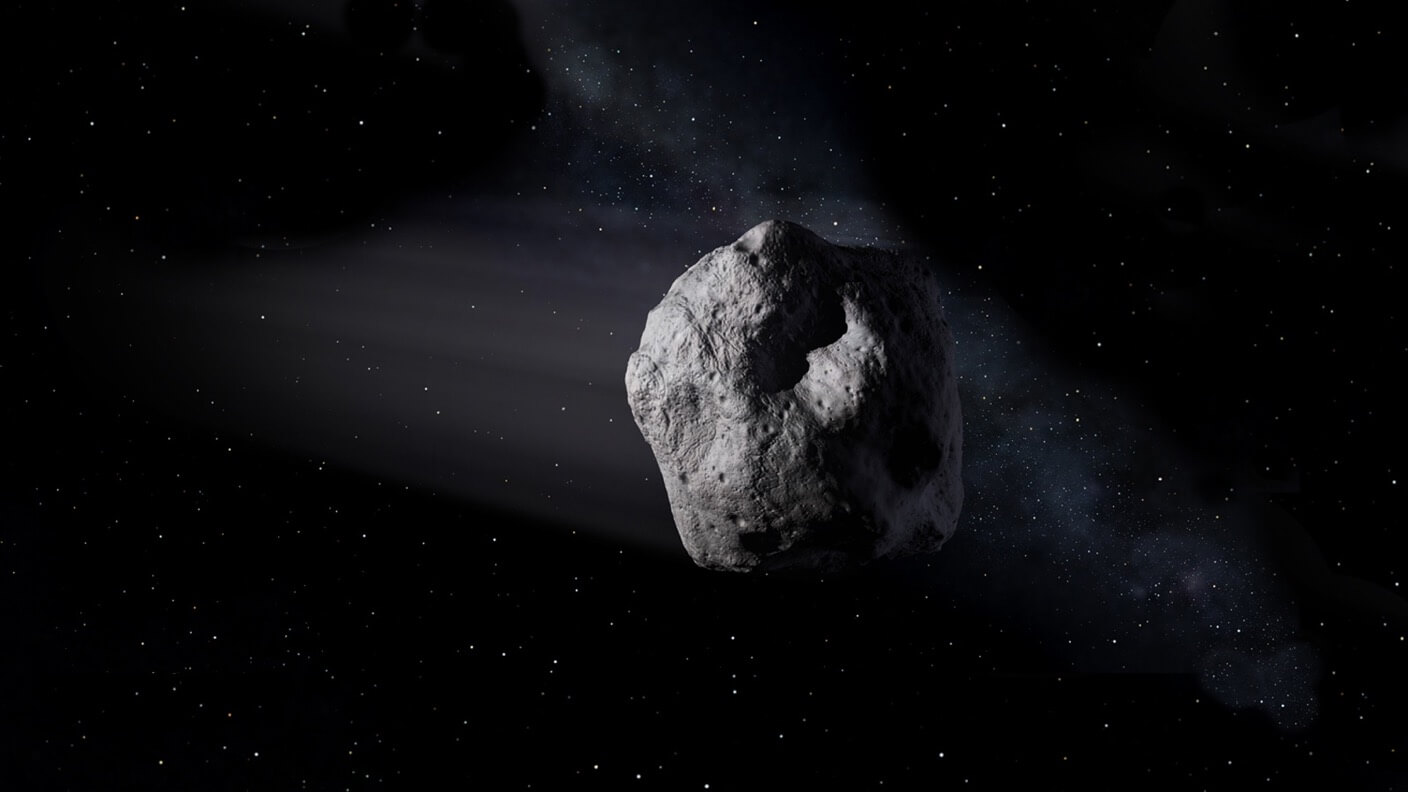 Nowadays people have a bottomless appetite for everything related to space. Some space news is truly mind-blowing, like last year’s first image of a black hole or this year’s timeframe of that black hole’s dancing shadow. Then there is the news of the less mind-blowing variety. Second only to full coverage of every supermoon are titles of almost (but harmless) misses from asteroids.

However, while a supermoon isn’t much more breathtaking than an ordinary full moon, those harmless near misses actually suggest something more significant. As our planet plows through space, its orbit inevitably crosses the orbits of other inhabitants of the solar system. Among this group are asteroids of all sizes. Most of these are so small that they would be vaporized from the atmosphere, but others are large enough to impact the surface and cause serious damage.

7;s Yucatán Peninsula some 66 million years ago. The explosion was huge. It sent mega-tsunamis across the ocean and carved a crater about 93 miles wide, throwing much of that material into the atmosphere where it has blocked and obscured the sun for years. Many scientists believe that the Chicxulub impact was primarily responsible for the extinction of the dinosaurs and 75% of life on the planet at that time.

There has been no repeat performance in the last 66 million years and the daily risk of a major impact is very, very low. But it is almost certain that another large object will collide with our planet at some point in the future, unless we do something about it.

Fortunately, while the last killer space rock fell from the sky without warning, we have some tools the dinosaurs didn’t have. In addition to telescopes to map potentially dangerous asteroids, we can visit and, theoretically, deflects the course of an asteroid before it reaches us.

Now, the world’s space agencies are collaborating to take planetary defense beyond theory. This month, the European Space Agency (ESA) approved and funded its portion of the Asteroid Impact Deflection Assessment (AIDA), a joint mission with NASA and other space agencies to attempt, for the first time, to alter the orbit of a large asteroid in deep space.

The asteroid in question does not pose a threat to Earth, rather, it is a test case for how we can deflect a hypothetical future asteroid that poses a risk. The missions aim to provide the first concrete data in humanity’s quest to avoid the fate of the dinosaurs.

Of course, to deflect an asteroid, you must first find it.

In 1998, NASA launched a program to map 90% of all asteroids and comets in our vicinity, known as near-Earth objects (NEOs), larger than one kilometer in diameter. NASA reached this milestone in 2010, but by then the space agency had already been tasked with finding 90% of all NEOs larger than 140 meters by the end of 2020. The new mandate would include objects that can cause a considerable global chaos – as in the case of Chicxulub, but also small strikes that would still cause serious damage to the regions they hit.

To date, we have tracked 9,334 NEOs larger than 140 meters (including comets). But that number is only just over a third of the estimated total population of 25,000. While current telescopes have done a great job, a space infrared telescope would accelerate progress. So, it’s good news that, after years of pending approval, the NEO Surveillance Mission (formerly NEOCam) has won the first grant to kick off research with such a telescope. The mission aims to complete our list of 90% of NEOs larger than 140 meters within a decade of launch.

Of course it doesn’t end there. Once we’ve found an asteroid or a killer comet, it would be nice to be able to do something about it, like, you know, gently (or not so gently) grab it by the elbow and pull it away from our planet’s path. So how do you go about moving a mountain in space?

All it takes is a push (maybe nuclear)

There are many ideas on how to avoid asteroid Armageddon.

The best known of these is the nuclear option, in which we would detonate a nuclear explosive (or several explosives) near, above or below the surface of an asteroid. We will likely send robotic spacecraft to do the job (as opposed to a crew of crude oil rigs). Other standout ideas include building and launching a lens-like spacecraft that focuses sunlight on the surface of an asteroid, thus creating an improvised propulsion system from vaporized dust. Or we could launch a space tug or spacecraft whose mass would slowly alter the course of an asteroid for many years.

The practical success of these ideas depends on the cost, the technological capacity, the size and composition of the interloper and, most importantly, how long we have.

With enough time and if the asteroid is small enough, there may be a fairly simple solution: hit it with a fast-moving projectile. In this approach, called “kinetic impact,” we would intentionally crash a spacecraft (or a series of them) into a dangerous asteroid. The momentum of an object is its mass multiplied by its velocity, so even a small object can impart significant momentum to a larger object if its relative velocity is high enough.

But how much would this approach bend the orbit of a space mountain? AIDA is about to test the theory.

Impact on asteroids before they hit us

Next summer, NASA plans to launch the Double Asteroid Redirection Test (DART) spacecraft on a Falcon 9 rocket. DART will travel to the 780-meter asteroid Didymos, where, in the fall of 2022, it will hit Dimorphos, the moon 160 meters of Didymos at well over 14,000 miles per hour. The collision will occur approximately seven million miles from Earth, which is close enough for ground-based telescopes to record the expected momentum transfer and subsequent change of several minutes in Didymoon’s orbital period.

It might seem like a risky maneuver, but the asteroid pair does not threaten Earth, Heli Greus, head of product insurance and safety for ESA’s Hera mission, told Digital Trends.

“Nobody needs to panic,” Greus said.

ESA will then launch its Hera spacecraft in 2024 to observe the aftermath of the impact in more detail and at close range. As ESA notes in its description of the Hera mission, “When Hera reaches Didymos, in 2026, Dimorphos will have achieved historical significance: the first object in the Solar System to have its orbit displaced by human effort in a measurable way”.

While initial measurements from the ground-based telescope may provide an approximation of how far DART has deviated Dimorphos, they will be hampered by the distance and expected dust plume. Hera will perform its own “accident scene investigation”, measuring the exact change in the orbital period and studying the crater in detail. It will also map the surface and internal structure of the asteroid.

This data will allow scientists to validate and refine their models. In the future, therefore, we may discover a new threat, calculate its orbit in the next century and discover that there is a scheduled appointment with Earth. Scientists would consult their graphs, based on Dimorphos data, and more confidently suggest what would be needed to deflect space rock.

The future of planetary defense

To be clear, this is just the beginning. Kinetic impactors are the simplest solution within our reach. In its 2007 report to Congress, NASA described them as “the most mature approach” for some deflection scenarios, particularly objects consisting of a “single small solid body.”

Other options are more complex, less effective, or still controversial. In the same report, however, NASA suggested that a nuclear explosion was the most effective approach studied, but that it also carried greater risks to development and operations. It is more than likely that the specific context of any future threats will determine our course.

To make the point, however, the risk of a collision with a large asteroid on any given day is very low. Additionally, our awareness of what exactly lurks out there has progressed by leaps and bounds, especially when it comes to the largest and most dangerous objects in our neighborhood. We were flying blind only a few decades ago.

In the coming years, thanks to new projects such as NEO Surveillance Mission and AIDA, our understanding and capabilities will advance even further, further mitigating the risk.

It’s a huge task, but for the first time in the planet’s history, it’s within our reach. As the old quote (attributed in various forms to Larry Niven, Carl Sagan and astronaut Don Pettit) goes, “If the dinosaurs had a space program, they would still be here.”