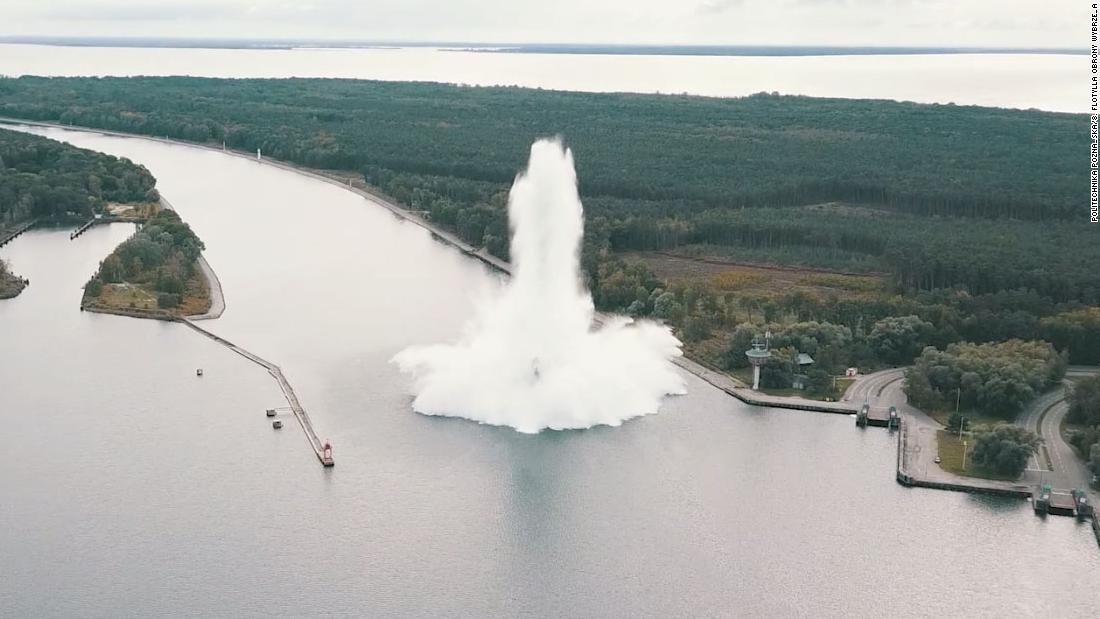 The Tallboy, also known as the “earthquake” bomb, weighed 12,000 pounds when dropped by the Royal Air Force during the last months of the war.

The bomb is the largest ever found in Poland and is believed to have been used in a raid on the German ship Lützow.

The Polish navy attempted to defuse it Tuesday by blasting, a method that involves heating an explosive until it burns, instead of detonating it, a spokesman for the Polish Defense Ministry told CNN.

But the bomb exploded in the canal near the port city of Swinoujscie, raising a huge plume of water.

The operation to remove the bomb began on Monday when the navy began moving residents and sent divers to evaluate it, AFP news agency reported. About 750 residents have been evacuated from the area.

The ministry spokesman told CNN that no injuries or damage were reported, adding, “Every step of the operation was under control.”

The RAF sent several Lancaster bombers from its so-called “Dambusters” squadron to drop 12 Tallboys on the Lützow in April 1945, but one failed to detonate.